So it turns out that former ambassador Joe Wilson told a few fibs about President Bush and his administration. That’s the obvious conclusion from the recent investigation by the Senate Intelligence Committee and Lord Butler’s report to the British Parliament issued in the third week of July. Last year, Mr. Wilson claimed his foray into Niger for the CIA had debunked the claim, made by President Bush, that the British government had learned that Saddam Hussein was attempting to buy uranium in Africa. Wilson claimed to have learned otherwise on his trip, insisting there was no basis for the Bush claim other than a forged document, and that he had enlightened the CIA on these very points well before the president’s speech.Wilson also asserted at the time that his role in the whole matter had nothing whatever to do with his wife’s position inside the CIA. Well, it looks like he misstated across the board.According to the reports released last month, Wilson actually told the CIA thathis contact in Niger did believe Iraq was after “yellowcake” (weaponizable uranium), the primary export of that African nation, and that Saddam had sent his emissaries to Niger. This confirmed other information the CIA had from British and European intelligence agencies and is what the CIA told the president.And Wilson’s wife, it seems, wrote a memo of her own, taking credit for her husband’s appointment as special CIA envoy to Niger concerning the Saddam-yellowcake question. SoWilson told us a fib about what he found in Niger, about what he told the CIA when he got back, and about his wife’s role in his getting the Niger gig in the first place. Whoops.Wilson’s attacks on the president’s case for a Saddam-yellowcake connection was one of the opening salvos in what has become a relentless and ongoing assault by establishment types against Bush’s credibility. So much has been said, so loudly by so many for so long – and all of it amplified by a sympathetic media – that it’s become an accepted truth that Saddam really wasn’t a threat to anyone.The obvious conclusion we have been asked to draw from this is that Bush wrongly took us to war. And the most vituperative of his critics tell us Bush and his people did all this knowingly, i.e., they lied. Joe Wilson said so himself, when he called Bush and Cheney liars at a campaign rally for John Kerry.The media gobbled it all up, of course, and made Wilson a household name in interview after interview. Democratic political leaders, from Ted Kennedy and Nancy Pelosi to Howard Dean and, finally, John Kerry, made political hay of the Wilson allegations, using them to hammer the president and drive home the mantra to the American people that Bush is a liar. Pseudo-documentarian Michael Moore is only the latest, if perhaps one of the most vicious and disingenuous, to jump on this crowded ‘Bush lied’ bandwagon.Only now it turns out that Wilson himself wasn’t telling us the truth. Was he lying? Since we can presume that, back when he was making his claims, he knew the facts we know now, what else are we to conclude?Bush may have received incorrect information in some cases from his intelligence briefers (though it doesn’t look like they were wrong about Saddam’s search for yellowcake). Still, unless he knew more than his briefers knew at the time, unless he knew they were wrong on this or that issue, he cannot be said to have been lying when he relied on their information to make his decisions. But to knowingly make untrue statements? By any definition, that amounts to lying. And Joe Wilson’s oft-repeated claims clearly fit that bill.What’s behind this mad rush to accuse the president of lying? What’s going on in the media and with the political opposition that they seem to have lost their moral compass like this? It’s one thing to criticize someone on the facts. But it’s quite another to create or misrepresent facts in order to make your case. Yet we’ve seen this repeatedly in an unprecedented outpouring of hostility and vituperation against this administration from the academy, the media and from the Democratic Party itself.In fact, we’ve witnessed a virtual tidal wave of charges and allegations against this president since the removal of Saddam last year – even as the national media, typified by The New York Times and CNN, remain reticent in correcting the record when claims like Wilson’s start to collapse in the face of the facts.In the past there always was a certain unanimity among the majority of Americans on international matters. Whatever differences divided us on the domestic front, we left our partisan baggage at the door and went out to face the world with common purpose. But no more. The battle for political power has become so ferocious that there no longer seems to be any regard, on the part of those seeking that power, about possible damage to U.S. interests abroad.If flagrant and unsupportable allegations of lies are what it takes to bring down an administration, then that, these partisans seem to be saying, is what they will do. So determined are they to reclaim the levers of power in Washington, they have completely lost their bearings.The facts are in on the Wilson matter, but the question remains whether anyone will pay attention at this point – and if those who alleged the worst about this president will step forward and retract the lies they themselves helped promulgate.Another, more troubling, question is whether the truth will even matter in the electoral calculations of the American people, now that the damage has been done. 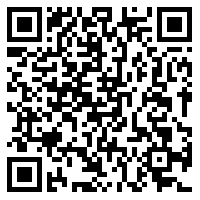