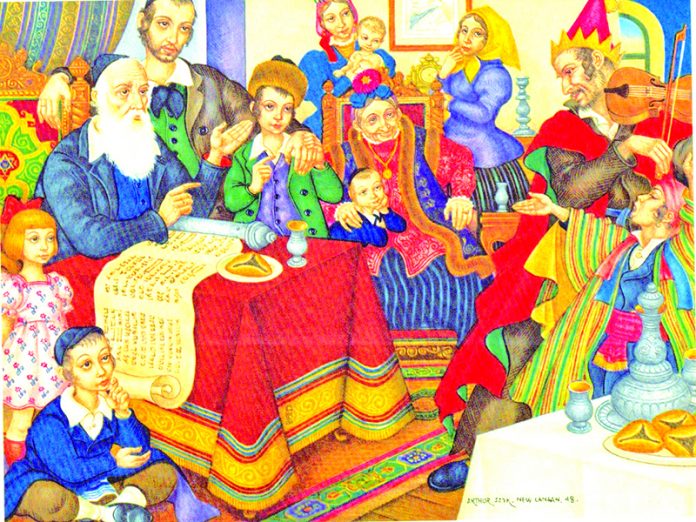 When most people think of artistic media, they rarely consider postage stamps, which are typically viewed as simply a means to transmit mail. In fact, stamps are miniature works of art that represent one of the purest examples of graphic design, as they chronicle the history and arts of the issuing country and reflect the national ethos and culture. This is particularly true of Israeli stamps that, above and beyond being among the most beautiful in the world, have particular significance to us as Jews and as Zionists.

Israel annually issues a set of “Moadim L’Simcha” stamps commemorating the Jewish New Year, which are always among my favorites, but it also periodically issues stamps commemorating the other Jewish holidays, including Purim. While it is beyond the scope of this column to discuss the interesting process by which a stamp is conceived, designed, issued, and printed, original stamp designs by the artists are particularly treasured by collectors, and I am proud to have several in my own personal collection. Exhibited here is a beautiful original painting of a proposed Purim stamp signed by its illustrator and designer, Aharon Shevo, which depicts Queen Esther making the momentous decision to violate well-established Persian law and, at great personal risk to her life, to beseech King Achashverosh to rescind Haman’s order to murder all the Jews; the tab features, in beautiful Torah script, the verse from Esther 4:16, “And if I perish, I perish.”

However, for reasons unknown to me – I truly love this stamp – it was never issued by the Israel Postal Company.

After surviving the Holocaust, Shevo graduated from Bezalel School of Art in Jerusalem and, after serving in the Israeli army for two and a half years, studied in New York at the School of Visual Arts and worked as freelance artist for American book publishers. A resident of Moshav Bet Gamliel, where his studio is located, he is best known for designing stamps for the Israeli Philatelic Service, coins for the Bank of Israel, and medals for the Israel Government Coins & Medal Corp. He also illustrated many children’s and other books for publishers in Israel and abroad and designed and published his own.

Shown here is a broad selection of Purim stamps and labels I assembled for this article. Though most were issued by the Israel Philatelic Company or by the Jewish National Fund, it is interesting to note the portrait of Queen Esther on the Tuvalu stamp and the Purim painting by Chagall depicted on the Dominica sheetlet.

Another oft-overlooked and creative medium, which is particularly relevant to Jewish religious artistic expression, is micrography. Ironically, micrography is a centuries-old manifestation of what is today characterized as “modernist art.” Originally a Jewish art form, it uses minute Hebrew letters to form representational, geometric, and abstract designs. Sofrim (religious scribes), who were trained to write very small letters in creating mezuzahs and codices (commentaries in the margins of Hebrew Bibles), used this specialized skill to create art from sacred biblical text to form an image, often decorative, when viewed at a distance.

Originally developed by Jews in the 9th century, micrography spread from the scribes of Eretz Yisrael to Jewish Diasporan communities throughout the world and, by the 17th century it had been adopted for use in Omer schedules (used to count the days 49 days between Pesach and Shavuot), in ketubot (Jewish marriage contracts), and for sukkah decorations. Today it is also frequently used by scribes and illuminators of other faiths and by secular graphic artists.

There exists an interesting relationship between micrography, which employs both digital and analogic symbols, and the second commandment restriction against creating a “graven image.” Because strict rabbinic limitations on the formation of letters and arrangement of text – and outright rabbinic bans on artistic beautification and adornment – applied to Torah scrolls but not codices and other works, micrography provided a unique solution to the visual artist who wishes to maintain his observance of halacha by using only text rather than images per se. Shown here is an example of micrography employing a Purim theme, where the full message reads, line-by-line:

Sending portions in honor of (these three words are comprised of letters and words from the text of Megillat Esther); friend/beloved (these larger letters, heavily-inked, are comprised of the famous verse from Esther 9:22: “As the days when the Jews rested from their enemies…sending portions one to another, and gifts to the poor”); blossomed (this word is comprised of thin flowering branches and buds); joy (this word is filled with decorative slanting lines).

At the very bottom (the thin letters) the artist has spelled out “in honor of Purim.” Shown here is a beautiful depiction of Purim by the famous artist, Arthur Szyk (1894-1951). Characteristic of his work, it employs a multiplicity of Purim themes, including a megillah, various plates of hamentashen, a broad spectrum of generations of Jews, and people dressed as characters from the Purim story.

Renowned as one of the greatest illustrators of his time, Szyk’s work was particularly noted for refined draftsmanship and calligraphy, in the style of medieval manuscript illumination, as shown in a stunning edition of his famous Hagaddah (1940) and in the highly decorated Declaration of Independence for the State of Israel (1948), which were executed in a close imitation of Middle Ages-illuminated manuscripts. His colors have the brilliance of Gothic stained-glass windows, his Hebrew lettering is exquisitely decorative, and his illustrations and illuminations evidence show profound familiarity with Jewish tradition and folklore. He also designed many of Israel’s first stamps and lent his art to many labels and fundraising efforts on behalf of needy Jews around the world.

Though Szyk became a world-renowned artist and book illustrator, he was particularly popular in the United States primarily through his biting political caricatures after the outbreak of World War II in which he attacked the policies of the Axis powers and their leaders. After the war, he devoted himself to political issues, especially support for the creation of Israel. Displayed here are two original sketches by Zev Raban: Achashveirosh sitting on his throne and Mordechai refusing to bow down to Haman.

Raban (1890-1970) was undoubtedly one of the most important artists and designers in pre-State Eretz Yisrael. Recognizing that the traditional European style did not fit the growing style of newly-emerging Jewish art, he integrated European techniques with specifically Jewish themes. Drawing freely from a variety of styles, including Classical and Art Nouveau, he developed a unique representation of Jewish themes with ornamental calligraphic script and other decorative designs that ultimately came to be characterized as the “Bezalel style.”

Raban’s work, which closely follows the historical events of the building of the Jewish state, reflected his desire to strengthen the identity of the emerging Medinat Yisrael through the revival of symbolic Jewish mystical art, and he was actively involved in the culture of the emerging nation, encouraging tourism through posters, illustrating primers for teaching Hebrew, and designing attractive functional objects to instill Jewish content in Jewish homes.

He became renowned for his portrayals of beautiful Israeli landscapes, holy places, biblical tales, and people, principally Yemenites, whom he adopted as a model for the biblical figure. His prominent works include sculptures for the YMCA building in Jerusalem (1934); the brass doors for the Nathan Strauss Health House (1928); various pieces for the Bezalel Building, Bikur Cholim Hospital, and the National Bank; and the ceramic tiles that decorate many buildings in Tel Aviv.

Wishing all, in the beautiful and immortal words of the megillah, a Purim of “light and gladness, and joy and honor.” 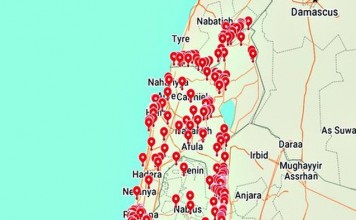 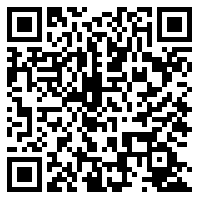