On the ninth day of the Muslim Hajj, the mass pilgrimage to Mecca in Saudi Arabia, the pilgrims go to Mt. Arafat, where they stand in contemplative vigil and pray and recite the Qur’an, near a hill from which the Prophet Muhammad gave his last sermon. The hill is called Jabal Al Rahmah (The Hill of Forgiveness, part of Mount Arafat). This is considered the highlight of the Hajj. Pilgrims must spend the afternoon within a defined area on the plain of Arafat until after sunset. No specific rituals or prayers are required during the stay at Arafat, although many pilgrims spend time praying, and thinking about the course of their lives. A pilgrim’s Hajj is considered invalid if they do not spend the afternoon on Arafat.

After sunset, pilgrims move to Muzdalifah, half way between Mount Arafat and Mina, to spend the night. On the next day, they return to Mina after dawn prayers for the first stage of symbolic “stoning of the devil” and to make the ritual sacrifice of an animal, usually a lamb.


Rabbi Ben Abrahamson is an orthodox Chassidic Jew living in Israel who works as an historian and a consultant to a Rabbinical Court in Jerusalem.

He writes on his Facebook page: “Most of the people here know me from my endless discussions about the similarities between Islamic and Jewish customs. I enjoy talking about the Haddith, the histories of Tabari, Ibn Hisham and Al-Waqidi, and the kings of Himyar, as I much as I enjoy discussing the Midrash Rabbah, the Midrashei Geulah, Rambam, Tosefos or the Shulchan Aruch.”

His important article, co-written with Joseph Katz, “The Islamic Jewish Calendar – How the Pilgrimage of the 9th of Av became the Hajj of the 9th of Dhu’al-Hijjah,” is available online in PDF format. It reveals a tight and intimate connection between the original Islam and Jewish tradition, and, most surprisingly, a relationship between the holiest day of the Muslim pilgrimage to Mecca and the Jewish day of mourning.

Despite the strictly lunar nature of the Muslim year, the month of Ramadan has coincided with the month of Av for two year in row, because of the Jewish leap year system. It means that for two years running, faithful Muslims have been standing in deep, silent meditation in honor of Tisha B’Av.

We bring here in full his article about the connection between the Muslim Hajj and Tisha B’Av:

The Hajj Pilgrimage and the 9th of Av

There were three holy months in the Jewish calendar when war was prohibited, and uninhibited travel to Jerusalem was guaranteed. This was during the months of Chag (=Hajj) or pilgrimage for Passover, Shavuot and Pentacost. When the temple was destroyed, a fourth pilgrimage was instituted, the 9th of Av when the Jews would travel to Jerusalem to mourn on the Mount of Olives.

This is supported by epigraphic findings, such as the inscription published by Altheim and Stiehl, found in Mada’in Saleh (مدائن صالح), also called Al-Hijr, in the Al-Ula sector of the Al Madinah Region of Saudi Arabia.. The inscription was engraved on a tomb erected by Adnun (Anan or Onias) bar Honi bar Shemuel Rosh Higra (Head of the Pilgrimage) for his wife Mina who died in the month of Av in 356 CE.

Tosefos records that there was a pilgrimage on the 9th of Av from many places, and specifically mentions pilgrims coming from Arabia.

In the year 541 CE. Flavius Belisarius, commander of the Byzantine armies, summoned a council of war against Persia. Two Roman officers in command of Syrian garrisons refused to join Belisarius’ army to Nisibis. They said that their absence would leave Syria and Phenicia exposed to the attacks of the Arabs. Belisarius argued that this would not be a problen because the summer solstice was at hand, when the Arabs went on pilgramage and would not resort to arms, so there was no cause for apprehension. The summer solstice June 21, 541 CE would have fallen on the day after the 9th of Jumaada al-Thaani according to the strictly Lunar Calendar now in Islamic use, six months too early for the Hajj pilgrimage. This means that intercalation must have been in use in the years before the Prophet. If we assume intercalation currently used by the Jewish Calendar, solstice would have fallen on the 9th of Dhu al-Hijjah – the correct date – which also happened to be the 9th of Av. 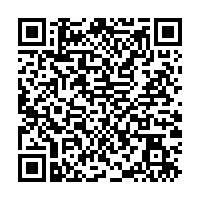