On Shabbos, November 19, Princeton University’s Miriam Rosenbaum made history by becoming the first Orthodox Jewish woman to win a Rhodes Scholarship. Roughly 1,500 Americans apply for the prestigious award each year, but only 32 ultimately receive it. Altogether only 7,000 people – including such famous personalities as Edwin Hubble, Dean Rusk, James William Fulbright, Bill Clinton, and David Souter – have won the scholarship since its inception in 1902.

Rosenbaum, who is studying at Princeton’s Woodrow Wilson School of Public and International Affairs, grew up in Riverdale, N.Y., and is a graduate of Bruriah High School for Girls in Edison, N.J. and Michlalah-Jerusalem College in Israel.


The Jewish Press: When you first applied for the scholarship a half year ago, did you really expect to win? Or was it more of a pipe dream?

Rosenbaum: I honestly did not think I would win at all. It’s a six-month application process – you need to get 10 letters of recommendation, write a 1,000-word essay, and go through a few rounds of interviews – and there were times when I was wondering, “Why am I spending six months working on this?”

But I figured that it would be a good experience either way because writing the essay and going through the interview rounds taught me a lot about myself and gave me a number of important skills that would be useful regardless of the scholarship.

What type of skills?

Interview skills, writing skills, and the ability to think about my interests and future goals in a cohesive way. Also, throughout the interview rounds, I met a number of really interesting, smart people, and I think those experiences were valuable. Most of the interviewers were in their 60s and 70s and hearing what they have accomplished throughout their lives was very interesting. And I learned a lot from them.

There were eight interviewers, and they themselves were Rhode Scholars at some point in their lives.

Was Bill Clinton one of them?

What are your thoughts on becoming the first Orthodox Jewish woman to receive a Rhodes Scholarship?

I hope this will be a trend. Many Orthodox women pursue higher education and strive for academic achievements, and I’m hoping that more will continue to do so.

Do you think that currently too few do?

Not necessarily. I think there are many Jewish women who accomplish tremendous amounts in their personal, religious, family, and academic lives, and I don’t want to minimize that.

You’ve been quoted as saying that Orthodox Jewish women can get any education they desire and that they need not choose their religion over their education. Some, however, believe that Jewish women must, indeed, sacrifice advanced education or certain careers if they are to properly raise a Jewish family.

I don’t want to give out universal advice. I’m only 22 years old and I don’t think I have enough life experience to be giving advice. But what I can say from my experiences and what I’ve witnessed is that Orthodox Jewish women are able to be successful in many areas of life simultaneously – get a good education, have a fulfilling career, grow in Yiddishkeit, and raise a family. My teachers in high school chose to do that as did other women I see – like my mother, who is my role model.

I decided to minor in African American Studies because of the professors who teach in the department – specifically Cornel West.

It’s interesting that Cornel West was one of your inspirations to minor in African American Studies. Some see him as a flaming radical.

He is pretty radical, and while I disagree with most of his views, I find him to be a bright and kindhearted person. He calls me “Sister Miriam.” Also, he doesn’t express his radical views in the classroom; he’s pretty good about sticking to the material.

What do you hope to study at Oxford University next year?

I’d like to [ultimately] be an advocate in the [U.S.] government for people with disabilities and the elderly. The Rhodes Scholarship will pay for me to get a Masters in bioethics, and when I return to America, I hope to get  another Masters in public affairs, with a focus on economics.

My goal is to combine ethics and economics to have a holistic understanding of the healthcare issues facing marginalized populations. 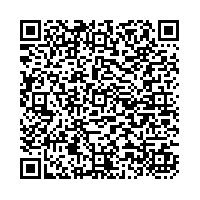