Many Jews complain about The New York Times’ anti-Israel bias. What they may not realize is that this bias dates back 120 years – all the way to 1896 when Adolph Ochs, son-in-law of the founder of American Reform Judaism – bought the newspaper.

A new book by Professor Jerold Auerbach – Print to Fit: The New York Times, Zionism and Israel, 1896-2016 – documents this bias in some detail over the course of 300 pages. Auerbach is the author of 10 previous books and a former professor of history at Wellesley College.


The Jewish Press: The New York Times opposed Zionism from its very inception, as you note in your book. Why?

Auerbach: Because its publisher, Adolph Ochs, was a devoted Reform Jew who believed that Judaism was a religion only, not a national identity. He believed if it were a national identity, it would call into question the loyalty of Jews in the United States.

So anti-Zionism was embedded in the newspaper from the very beginning. Ochs died in 1935, but his son-in-law, Arthur Hays Sulzberger, shared the same belief and therefore opposed the creation of a Jewish state.

You write that Sulzberger held this belief so firmly that actually instructed New York Times editors to refer to Jews as “people of Jewish faith” as opposed to “the Jewish people.”

That’s correct. And also, Jewish correspondents in the Times were often required to appear in print with their initials only, particularly if their first name was Abraham.

In 1942, a new anti-Zionist group, the American Council for Judaism, emerged on the American scene and received extensive coverage in the pages of The New York Times for years afterward. Why?

Because it was staunchly anti-Zionist. Sulzberger was very supportive of it, and this organization – along with Judah Magnes, the president of Hebrew University – were really the two sources of information and ideology for the New York Times publisher.

Almost all of American Jewry – including many former anti-Zionists – supported the creation of a Jewish state after the devastation of the Holocaust. The American Council for Judaism amazingly, however, continued to oppose it even in 1948.

Correct. It did not change its position, although it eventually faded away in the 1960s. After the birth of Israel, it became largely irrelevant other than in the pages of The New York Times.

You write that Sulzberger’s anti-Zionism ran so deep that he actually resigned as a member of his synagogue, Shearith Israel – the Spanish-Portuguese Synagogue – because Hatikvah was sung at one of its functions.

Yes. Sulzberger was even more vehemently [anti-Zionist] than his father-in-law and spoke very openly about his position. He really was intensely uncomfortable with Jewish statehood.

He once said that he had “no affinity” with Israel.

That’s certainly true. And his newspaper had very little affinity for it, too. It supported the birth of Israel, and for the next four or five years was generally favorable toward it – by which I mean that every May the Times would run an editorial proclaiming Israel’s virtue as a struggling young country achieving remarkable success – but that ceased after that.

You note that The New York Times opposed Adolf Eichmann standing trial in Israel. What was its objection?

Eichmann had committed no crime in Israel, and if Israel could extend its jurisdiction to non-Jews who harmed Jews in other countries, that again raised the loyalty issue [implying that Jews all over the world belonged to one nation, represented by Israel, as opposed to members of the nations in which they live].

So the Times was absolutely resolute that Israel had no jurisdiction over Eichmann.

How did the Times cover the Six-Day War?

It was over so quickly that the Times really didn’t have the opportunity to formulate much of a position, but certainly after the war it began to argue that Israel should return the territories it seized.

What can you say about the Times’ coverage of Israel in more recent decades?

It partially depends on who the prime minister was. The Times was staunchly opposed to Menachem Begin and Ariel Sharon and incredibly uncomfortable with Netanyahu. Over the last 20 years, the Times has been relentless in its criticism of what it sees as Israel’s uncompromising stand on what it calls the West Bank….

We haven’t touched yet on the Times’ Jerusalem bureau chiefs. The first one was David Shipler, who was appointed in the 1980s. He was very fair, thoughtful, and eager to learn. But he was followed by Thomas Friedman, and that began a very different story.

Well, Friedman had an interesting background. As a student at Brandeis University, he was head of the university chapter of an organization called Breira, which was supportive of Palestinian statehood. He also spent a semester in Egypt and was smitten with Arab culture. So Friedman was not exactly a neutral journalist.

He was stationed in Beirut and, in the mid ‘80s, covered the Israeli assault on the Sabra and Shatila refugee camps. He wrote that Israel behaved with indiscriminate aggression and was very sharply rebuked by his Times superior who ordered him back to New York and basically told him if he editorialized like that in a news column again he would be fired.

So Friedman’s bias was on the table even before he became the Times’ Jerusalem bureau chief. And afterwards, he relied on a very, very narrow source base, including a liberal rabbi named David Hartman and Yaron Ezrahi, who was a political scientist and very active in peace organizations.

Writing a fair article is not terribly hard if you try. In recent years, though, The New York Times’ articles on Israel are so biased that it seems like their writers don’t even bother trying. How do you explain that? Are they knowingly lying or just shockingly ignorant?

I think the Times, ideologically, has moved to the left, and it shows in who its correspondents are. They don’t see themselves as getting the story wrong.

How many years did it take you to write this book?

You read every single article on Zionism and Israel in the Times? 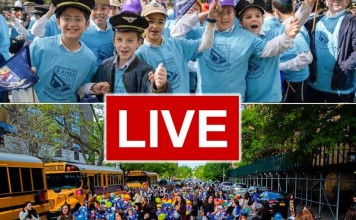 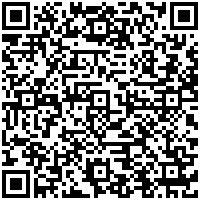