Many Jews are unfortunately familiar with the names Himmler, Goering, Eichmann, Hoess, and Mengele. Virtually, no one, however, has heard of Hans Kammler even though he oversaw the construction of numerous concentration camps and headed the Nazis’ rocket and nuclear research programs.

Historians generally assume Kammler committed suicide on May 9, 1945, but according to a new book published this week – The Hidden Nazi: The Untold Story of America’s Deal with the Devil (Regnery) – Kammler, in fact, survived the war and surrendered to the U.S., which held him in custody for at least 10 months.


To learn more, The Jewish Press spoke with Dean Reuter, the book’s principal author. Reuter is the editor of two previous books and is the director of the Practice Groups of the Federalist Society for Law and Public Policy.

The Jewish Press: For those who aren’t familiar with Hans Kammler, how would you describe him?

Reuter: He was an all-powerful, all-evil Nazi SS general. He helped make the Holocaust possible. He was, for example, involved in designing, installing, and maintaining the gas chambers and ovens at Auschwitz and other camps as well.

You write that the Nazis developed many of these weapons in secret underground facilities that he constructed.

Yes, when the Germans started losing territory to the Allies, their facilities toward the outer edges of the Reich became vulnerable to Allied bombing campaigns, so they began moving things further and further into the Reich and began putting them underground to make them bomb-proof.

They used existing underground mines and shafts, but also dug into mountains and began building anything from small facilities to what at the time was the largest underground factory in the world with millions of cubic feet of space. All these were built by slaves whom Hans Kammler ruled over.

There were hundreds, if not thousands, of these facilities.

You write in the book that the Nazis were actually developing a rocket during the war that could hit America. Can you elaborate?

It was called the Amerika rocket, or “A-10.” It was designed to be launched from Europe and reach America’s eastern seaboard, including New York, Washington, D.C., Boston, and Philadelphia.

The Amerika rocket had its own facility in Ebensee, Austria, where it was being developed. It was a project the Germans were working on since the beginning of the war.

Do we know how close they were to finishing this rocket?

There are two or three strains of thought on this question. I’d say they were probably within six months of perfecting it, but the answer isn’t quite knowable.

You claim the nuclear weapons program Kammler oversaw was also much further advanced than has heretofore been assumed.

We found lots of evidence that the Americans were very concerned about the Nazis’ [nuclear research]. At the D-Day landing, America used Geiger counters to see if there was radiation on the beaches of Normandy. And when the V-1 and V-2 rockets were landing in London and Southampton, leaving massive craters behind, the Brits searched those craters with Geiger counters, fearful that the Germans had developed a dirty bomb.

After the war, the United States concluded that the Nazis had made very little progress on nuclear weapons, but we believe the U.S. reached that conclusion [prematurely]. Their thinking was based in part on recordings of [captured] German nuclear scientists that were secretly made after the war, but we don’t think those are very reliable because, among other reasons, the scientists knew they were being recorded.

How far away, would you say, were the Nazis from developing a nuclear bomb?

Some American intelligence and military officials say the Nazis could have been months away. I don’t think they got that close.

If Kammler was so evil and oversaw the construction of the gas chambers and all these secret weapon programs, how come nobody has heard of him?

Because after the war, a German court ruled him dead based on a report from his driver who said he shot and killed himself. So no one ever searched for him. He was lost to history, essentially.

But the problem with that story is that a body was never produced. Searches – including ground-penetrating radar searches after the war – never found a gravesite. And we discovered several government documents that show Hans Kammler did not commit suicide. He, in fact, surrendered to the U.S. army and was held in captivity in Austria and Germany for over 10 months, well beyond his reported suicide.

The documents are all presented in the book. Many of them are photographed.

What happened after those 10 months?

The last thing in the official government files we found was a request for extradition of Hans Kammler by Great Britain. Kammler, as I mentioned, was in charge of the V-1 and V-2 rockets, and these were used to great effect to terrorize the citizens of London, Southampton, and other places in England. So it’s clear the English wanted to try him for war crimes.

There’s a note in the file from U.S. army intelligence saying: We have no objection to his extradition – and then it’s as if Kammler never existed. There’s no trace of him from that point forward.

What do you think happened to him?

We think he followed the path of other Nazis and went to South America with the aid of the United States.

Why would U.S. officials help a Nazi general escape?

Because he gave them information they wanted. Nobody outside Germany thought a liquid-fueled rocket could be built. They thought it was physically impossible, but [once it was built] everybody seemed to know these rockets would become the future of warfare. They were super weapons.

During the war, they were accurate to about one or two percent, but everybody knew they’d become more and more accurate. And that’s indeed what happened. Today, you can launch a missile from around the world and hit a certain quadrant of a certain building.

We actually found a document stating that the Russians tried to kidnap von Braun from the U.S. in May 1945. Von Braun was the lead rocket scientist who later came to the United States and became an American hero [for his work on NASA’s space program]. The fact that the Russians after the war ended tried kidnapping him with a military attack really indicates the value they saw in the rockets.

We think he made a deal with the Americans to avoid being hanged for his crimes. What he had to offer the Americans was everything he knew about Germany’s secret weapons.

We have documents showing that Kammler moved Germany’s rocket team twice. This is a group of hundreds of rocket scientists that began the war on the north shore of Germany. In January of 1945, as the Russians were approaching, Kammler moved the rocket team to central Germany into a vast underground factory.

The very next month at the Yalta conference, the Allies determined that this factory would be in the Russian zone of occupation after the war, so Kammler moved the rocket team a second time to southern Germany within the path of the advancing Americans. He basically hand-delivered Germany’s rocket team to the United States.

And all this happened in conjunction with two other developments:

1) In November 1944, the U.S. government signed a contract with General Electric to build an American version of the V-2.

2) In December 1944, Kammler’s emissaries met with representatives of the American government and General Electric in neutral Portugal.

This all points in the direction of a deal when you remember that Kammler ended up in American custody after the war but was never tried.

Why did Kammler want to surrender to the U.S. as opposed to the Soviet Union?

That’s a great question. Kammler came of age in World War I, in which his father fought as an anti-communist. The first thing Kammler did as a young man was join a group that was designed specifically to fight early communists. So Kammler was anti-communist and didn’t want to serve the Soviet Union.

Do you think Kammler escaped justice?

Yes, I think he clearly escaped justice – with the help of the United States. He was one of most atrocious war criminals and he was allowed to live out his life without ever facing prosecutors.

Was the U.S. right, do you think, in allowing him to live?

I write in the book that if I were in the U.S. Counterintelligence Corps, I would have probably made the same deal. We were facing an existential threat in the Soviet Union and we would have lost Cold War without the missile technology developed by the Nazis.

The geo-political landscape of the world today would be vastly different if we hadn’t made the Kammler deal. 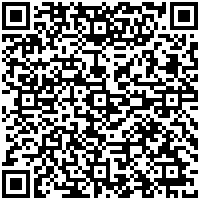