Coming to Kever Rachel one cannot help but recall the traditional domed structure that once stood as a humble memorial to the greatest of women. Unfortunately a fortress like edifice of towering large concrete slabs has now replaced that familiar picture. It was here, at this holy site, that I first met Evelyn Haies, an American mother, grandmother, and globetrotter.

Evelyn spends the better part of each year in Israel working to improve the site. In fact, as soon as we met she invited me to attend a shiur she had arranged in the adjacent previously-owned Arab home.


But first I wanted to know more. I wanted to know what possessed an American mother of five, and grandmother, to leave her family in the U.S. to come to Israel and devote so much time to Kever Rachel.

In lieu of answering, she beckoned, smiling broadly. I followed her into the adjacent structure (the only other building in the complex) where she pointed to a bullet hole in the glass of the window on the second floor. “Arab sniper fire,” she explains.

“I bought this house a number of years ago, in an attempt to increase awareness of the importance of this site, to encourage people to visit, and to learn more about Rachel herself.” She points out the pictures her granddaughter had drawn to hang on the wall.

In a large room on the first floor there is a learning session in progress. A group of avreichim are poring over their sefarim.

In an entirely separate room a shiur for women is about to take place.

“And so what’s a grandmother like you doing here?” I asked, still wondering what it was that first triggered her interest.

And Evelyn, who for years has worked as literature teacher and has published a very popular songbook, took the plunge the year the Twins Towers came down.

“I was part of a group of women from Brooklyn who were looking for ways to help Klal Yisrael, especially our brethren in Israel. We wanted to prove our connection to the land and to our people. We met monthly and I recall one meeting in which we decided to adopt a sister city. Ariel was on our list, as were other cities. And then I had this sudden drive to adopt Kever Rachel. I took the floor and threw my suggestion out to the ladies.

“They loved it and agreed immediately.

“The year was 1995 when the die was cast; thus began my personal lifelong connection with Rachel Imeinu.

“So while I had had this brainwave I wasn’t quite sure how to actualize it. Together we decided that the first way to proceed was to raise public awareness of who Rachel actually was, and her relevance today. To do this we wanted people to research all the relevant sources in Tanach. Thus began the Rachel’s Children Reclamation Foundation.

“We began with the children first, going around to the Jewish girl schools in Brooklyn and advertising a writing competition on the subject of Rachel Imeinu. The best compositions would receive cash prizes.

“The contest was a massive hit. My mailbox was jammed with hundreds of stories; the creativity was simple astonishing and the feedback overwhelming. Teachers and principals offered their thanks and the girls themselves appreciated their new awareness and connection to Rachel.”

Later that year, Evelyn received an excited phone call from a woman who had decided that in honor of her granddaughter’s bas mitzvah the two of them were going to go to Israel and visit the holy sites, especially Kever Rachel.

Evelyn thought that this was a great idea and decided that she too would do the same.

“But I wanted to do more and more and I didn’t know what or how. So I bought a lottery ticket,” Evelyn laughs heartily. “And guess what? I won!”

Evelyn was the lucky winner of $26,000, which she used to finance the writing of a Sefer Torah for the Kever Rachel complex.

The day Evelyn approached a sofer and commissioned him to write the Sefer Torah was one of the most exciting ever. And when it was finally completed her excitement knew no bounds.

The Sefer Torah merited a double “send off” – one in Brooklyn and another in Israel. The U.S. one was scheduled for a rainy day during the week of Parshas Lech Lecha. Amazingly the rain held off while the dancing and singing crowds escorted the Torah to the shul; the minute it was indoors the rain fell once again. Evelyn’s eyes light up at the memory.

Q & A: Offering Tefillin To Passersby (Part I) 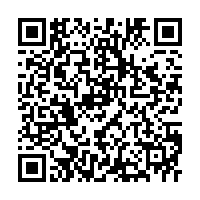