The mystique of the Mossad. Few can resist it. Hardly any Jew bears anything but affection and admiration for the foreign intelligence agency that produced Eli Cohen, kidnapped Adolf Eichmann, and attacked Iran’s nuclear program with a computer virus in 2009.

But how did the Mossad become so effective? And from where does it get its information? These questions and others are addressed in a new book, Spies Against Armageddon: Inside Israel’s Secret Wars. Written by veteran journalists Yossi Melman and Dan Raviv, the book traces the history of the Mossad from its inception to today. A Hebrew version of the work, Milchamot Hatzlalim, is a bestseller in Israel.


Raviv, who has served as a CBS News correspondent for over 30 years, recently spoke with The Jewish Press.

The Jewish Press: Your book relates many fascinating incidents, but a great deal of them have already appeared in other works. What exactly is new about this book?

Raviv: For one, we are the first to reveal the decision-making process behind the bombing of Syria’s nuclear reactor in 2007 and how Israel’s intelligence community discovered it.

How, indeed, did it discover it?

When Colonel Khaddafi in Libya gave up his weapons of mass destruction in a deal negotiated by the Americans and British, Israel was taken entirely by surprise. Israel didn’t know that Khaddafi had an active WMD program and didn’t know about the negotiations for him to give it up. And that was pretty embarrassing to the Mossad.

So Israeli intelligence decided to review every file they had that had anything to do with Arab countries and nuclear work. And they found that the Pakistani [nuclear scientist] A.Q. Khan, who was known to have sold nuclear equipment to many countries, had been in touch with Syria. More importantly, they discovered North Korea had been working closely with Syria.

So the Mossad turned its focus, and Israeli spy satellites, to that and found the secluded building in northeastern Syria which Israel’s air force eventually destroyed.

You write that Israel somehow managed to get photos of the inside of that building. How?

A Mossad team in Europe obtained them from the computer files of a Syrian official who was traveling.

What I think is so interesting is that Israel decided never to confirm the air raid that destroyed the reactor, hoping that, as a result, no war would break out. It didn’t want to humiliate Assad. It was a clever strategy, and it suggests that if Israel takes action inside Iran, it similarly won’t confirm it.

Israel has already started taking action on Iran as you document in your book.

Yes, and Yossi and I believe we are the first to establish that the assassinations of five nuclear scientists in Tehran from 2007 to 2011 were committed by members of a special Mossad squad called Kidon. We looked into the possibility that Israel hired mercenaries or local Iranian dissidents. But our sources told us that if an operation is extremely sensitive, they don’t trust others to do it.

What is the Kidon unit?

It’s an extremely well trained and talented group that can get to places that are almost unthinkable. In other words, they are super spies. Even within the Mossad, most staff members don’t know the real names of Kidon operatives.

How many Kidon operatives are there?

My impression is that there are just a few dozen. They’re handpicked for being especially talented, including skills at foreign languages. They’re trained in the use of all kinds of weapons and most of the assassination missions have been done by them.

Do you think assassinating Iranian scientists and planting sophisticated computer viruses can continue to disrupt Iran’s nuclear program? Or are we nearing the point where only an air attack would do the trick?

I think it’s possible to keep causing delays and problems. Recently retired Israeli intelligence people speak of a list of actions which still have not been done – including cutting off electricity and water, causing communications difficulties, planting more computer viruses, etc. They think a lot of sabotage can still be done, and that is one of their arguments against sending Israel’s air force to attack Iran.

Tons of people have heard of Israel’s legendary spy, Eli Cohen, who was caught and hanged in Syria in 1965. Does the Mossad still have undercover agents like Eli Cohen living in Arab countries? 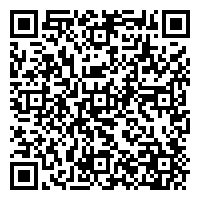