Like other chassidic dynasties, Bobov was not immune to one day experiencing a schism.

When Rabbi Naftali Zvi Halberstam, the fourth Bobover Rebbe, died in 2005, a dispute arose over who would succeed him. Some chassidim sought to appoint his younger half-brother, Rabbi Ben Zion Aryeh Leibish Halberstam, as the next rebbe; and others sought out the fourth rebbe’s sons-in-law: Rabbi Mordechai Dovid Unger as the rebbe, and Rabbi Yehoshua Rubin as the Bobov rav (serving as head of the bet din and as the posek).

According to Lewin, he was instrumental in successfully moving the case to bet din. That was nearly seven years ago.

The case has been before a unique kind of zabla that entire time. In most zabla cases, the plaintiff chooses one dayan (judge), the defendant a second, and those two dayanim choose the third. In the Bobov case, the two dayanim, with the consent of the litigants, chose three others, creating a five-person bet din.

Lewin – who has not served as his clients’ to’ein (court advocate) and has therefore not been deeply involved in the case since its move to the bet din – said that had he known the case would take so long, he would never have supported sending it to a bet din without conditions that the case be decided in a timely fashion.

“I never anticipated this. I’m disappointed it has taken so long,” Lewin recently said on Zev Brenner’s radio program. On the show, Lewin proposed that a solution to the problem of batei din be consumer-driven.

“If the arbitration clause – the shtar beirurim – says that the case must be arbitrated within six months or a year, [the dayanim] would have to follow it,” he said. “And that could be a recourse [to preventing these kinds of long delays.]”

How often such gruelingly long cases occur in batei din is hard to quantify. Statistics are nearly impossible to come by because no central body enforces rules within batei din or oversees them in any fashion, which is part of the problem, some critics say

“There’s so much less procedural regularity. Nothing prevents to’anim from running away with the case,” Lewin said on the radio show. “I’ve seen dayanim who have answered their cell phones in the middle of a case. In secular court, there’s more respect for the procedures and for the institution.”

But several say that the Bobov case is once-in-a-lifetime exception, and even cases that go on for more than a year or two are a rarity, not the rule.

Rabbi A. Yehuda Warburg, a dayan with the Beth Din of America for the past 12 years, said he’s heard of only one other case taking very long, and that one took over two years.

Rabbi Mendel Epstein, a Brooklyn to’ein for the last 30 years, agreed. He called the Bobov case “a rare exception.”

Rabbi Epstein added, “In the secular courts, the judges can say you have five days to present all arguments. But in beis din, it’s different, because if a person says he’s not finished, then the halacha is that you can’t stop him. You have to let him fully present his case.”

“You have to remember,” he added, “that they are judging over hundreds of millions of dollars in real estate, and it’ll affect thousands of [families].” A case with such magnitude takes time.

Another factor in the Bobov Case, Rabbi Epstein said, is the fact that there are five dayanim, as opposed to the usual three. “That alone will cause you an extra amount of extra time – you need all five to be there, and one of the judges lives in Manchester, so he has to adjust his schedule [to come over for hearings].”

Likewise, Rabbi Warburg said, “They picked three more judges than usual – that is surely one of the reasons that this is taking so long.”

“Five automatically creates a bureaucratic problem. Everything has to be resolved with the other three who are sitting there.”

One person who has thought about why the Bobov case has taken so long – and has witnessed many of the hearings – is Moishe Zvi Reicher, an adjunct professor of law at the University of Pennsylvania and a Bobov chassid who has advised Rabbi Unger and Rabbi Rubin in the dispute.

(The side that supports Rabbi Unger and Rabbi Rubin is known as Bobov 45, since they’ve set up batei midrash, yeshivas and other buildings mostly on 45th Street in Boro Park. The other side is known as Bobov 48, since they’ve maintained control of nearly all of the Bobov possessions from the previous rebbe – located mostly on 48th Street – which are in dispute before the current zabla.) 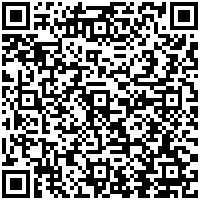