Disclosure: The wife of the JewishPress.com’s Editor-in-Chief is running for Efrat City Council on Avraham Ben-Tzvi’s list.

JewishPress.com met with Avraham Ben-Tzvi, an American-born resident of Efrat heading up a new independent list of candidates running for the Efrat Municipal Council in the upcoming municipal elections this month.  This is an updated version of an interview from 2013.

JewishPress.com: Hello Avraham, tell us a little about yourself

Avraham Ben-Tzvi: Well, I was born and raised in Brooklyn, NY where my parents still live. By the way, they are avid Jewish Press readers, as were my grandparents of blessed memory, who always had the weekly copy in their home. I went to school k-12 at Yeshiva Torah Vodaas in Brooklyn. Following High School I studied at Yeshiva University and spent a year in Israel at Yeshivat Kerem B’Yavneh.

In 1994 I made Aliya and worked in banking and then business development for Israeli hi-tech companies, and I have been living with my family in Efrat in Gush Etzion since 2003. A number of years back, I studied law in Israel and have since been working as a corporate and commercial lawyer.

JP: What attracted you to Efrat?

Ben-Tzvi: Naomi, my wife, and I were looking for an affordable place to live located in the Jerusalem area, where we would be able to give our children a good education as well as be part of a religious community – yet still have access to many types of services that would be found in larger cities. Efrat, which is the central town in the Gush Etzion region, fit the bill perfectly.

We found a wonderful, and what was then a new and growing community in the Zayit hill neighborhood in Efrat, where construction began around the year 1999. Today the neighborhood is home to over a thousand families with children who attend the Efrat schools. Since that time additional neighborhoods have also been established on the Tamar and Dagan hills to the north of the Zayit hill.

JP: How does voting work in a town like Efrat?

Ben-Tzvi: In Israel, local municipalities like Efrat have elections every five years. The voters elect a mayor on one ticket, and a slate of candidates for the municipal council. Those can be, and often are two separate and distinct choices.

A while ago, after being involved in various municipal matters over the last 15 years, I came to the conclusion that Efrat needs to have an independent residents list on the council, and not just the lists of candidates sponsored by the mayoral candidates. This is important for a variety of reasons, but especially so as to provide for appropriate checks and balances on the executive arm of government and in order to ensure that a broad variety of voices are being heard. So I established a platform for running an independent list for council – called “Efrat Watch – Shomrei HaSaf Efrat”.

We’ve been gathering a good following and I haven’t stopped since starting the campaign a few months ago. In fact the idea of an independent list has so caught on in Efrat that a number of other independent lists have also decided to follow us and also submitted their candidacy.

JP: What do you see as your role on the Efrat city council after the election?

Ben-Tzvi: We have such a long list of matters which need attention that it’s too long to go into in a short interview. We plan to implement new procedures to increase transparency of government to all of the residents. We will address matters related to new immigrants, including those from non-English speaking countries, as well as dealing with environmental issues, such as development of open spaces and green areas. I still hope to institute town sponsored community gardens, to be run by a community committee, as well as garden allotments developed by the town and made available to rent to people who live in apartments without a garden.

This is an idea I suggested over five years ago and which has still not yet been implemented. There is much available open land which will likely never be built on, and can be used for these purposes. I also see these and other types of open spaces as part and parcel of proper town planning. It’s not just about pouring concrete…

JP: Speaking of environmental issues, I understand you’re known to have been involved in fighting to force the local construction companies to comply with noise and safety regulations, and that’s been an issue that’s been ignored.

Ben-Tzvi: There’s that, and while we have made some progress in this area, there are still many problems, and recently the residents of the Zayit hill have been terribly impacted by noise and pollution from a massive new building project of a mall. I plan to continue to make progress on enforcing safety and noise regulations on building sites in Efrat for the good of the residents.

JP: Why would you run for elected office in a volunteer capacity?

Ben-Tzvi: The reality is that while the Knesset elections and national politics get the most attention in the Israeli and international press, what affects and interests the average resident the most on a daily basis is tied into local politics – their children’s education, clean sidewalks, shade in the parks (or even having parks altogether), social welfare services, housing development, recreational activities—including swimming pools and athletic fields—are just some of the basic, day to day things that impact us at the local level.

While I had previously volunteered on various town committees and community activities, and had joined various mayoral campaigns in the past, I thought about it and realized that the most effective way to really bring about positive change would be to sit at the main table – on the council. That’s where the real action is.

One of the valuable things I learned from my teachers and co-workers since studying law in Israel, is that knowledge of the law brings a skill set that can be used to help people in all sorts of situations. The Israeli lawyers I work with, despite our heavy workloads, are all very active with various pro-bono and community volunteer activities, and in this context it is only natural for me to want to give back to the great community that has given me and my family so much. I see this as my pro-bono work writ large.

JP: Tell us about new housing in Efrat.

Ben-Tzvi: In Yehuda and Shomron, the local municipality plays a very important role in promoting new development. As housing in Yesha is a politically charged issue, very often if a mayor is proactive and pushes forward new housing solutions – and works together with various bodies involved in settlement activities his town will grow.

On the other hand, if this is not a top priority for the mayor, the town will stagnate. In recent years, even though Efrat has seen quite a bit of housing development, many children of Efrat residents who got married had to leave to other locations, since there was no suitable or affordable housing for them here.

Just to give an example – Efrat was founded in 1983, and currently has slightly fewer than 11,000 residents. Another Jerusalem satellite town, Maaleh Adumim, which lies to the northeast of Jerusalem (Efrat is to the south) and which was founded in the late 1970’s, currently has around 40,000 residents. Smaller towns around Efrat, as well as Beitar Ilit, a nearby charedi city in Gush Etzion, have grown by tremendous amounts over the last five years. And they were all subject to the same “building freeze” that Efrat was a few years ago. So there is, obviously, something missing here.

JP: Where is the new development supposed to take place?

Ben-Tzvi: The Eitam hill, which lies next to the Zayit hill and is Efrat’s largest and only remaining land reserve, and is expected to more than double the population of Efrat, was granted permission by government officials a few years ago to begin use by agricultural projects. Unfortunately, the town did not push forward with this initiative, and we only recently re-established a presence there. We are at risk of losing the hill forever. You can imagine how different the future of the town will be if we lose Eitam hill.

One of the first things we will do after the election is make sure that these permits are fully utilized by the town and to create a permanent presence on the hill. We will also make sure that more than a hundred new caravans—housing for newlywed couples who are still serving in the army or studying—will be set up, to provide sufficient housing for the children of our townspeople and to seed the next generation who will, b’ezrat Hashem, go up to settle the Eitam hill.

JP: New caravans and new residents, but what about shuls for all these new residents? Isn’t it getting a bit crowded on your hilltop?

Ben-Tzvi: I’ve helped form new shuls in the Zayit, one of which has been davening in a caravan for a number of years, but its been difficult getting past some of the bureaucratic obstacles involved in getting construction started. I plan on working to ensure that the taxes that the residents of Efrat have paid, earmarked for shuls, are released to them to build their local shuls. Apparently there are still problems in this area and we will fix them.

JP: What is the significance of a new immigrant taking part in the council?

Ben-Tzvi: Efrat has a reputation as being “full of Americans.”

The reality is that while there’s a significant number of people in Efrat who made aliyah from America (and the UK, which is where Naomi, my wife is from), I can only think of a few olim who have served on the town council the past few years. There is a complicated administrative and legal bureaucracy to deal with in running a town, and olim generally have their own “package” of integration difficulties to overcome. Though I moved to Israel as an adult, I have been here for a while, and speak the language.

The last time a new immigrant headed a list for the Efrat council was probably over 25 years ago, when Efrat was, let’s say, much smaller than it is now. It is truly a privilege to be given this opportunity to head a list running for the town council. It goes without saying that the opportunity to serve on a Jewish city council in the Jewish state is something which my great-grandparents could only have dreamed about. 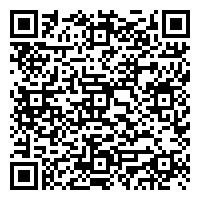