Thousands of women and girls who have heard Rachel Factor’s story have been inspired to contemplate their own lives in a new way, to ask themselves where they are, where they’re going, and most importantly – why? This introspection brings most of them to places deeper and higher than any they’ve been to before. And for those who want to live by truth, life will never be the same.

Who is this extraordinary person who has been such a powerful catalyst to so many of us? To understand who she is, we must start with who she was. Rachel Factor was Tina Horii, born in Honolulu, Hawaii to a Japanese gentile family. As a child she loved to dance, and studied locally. After high school she moved to California to continue her studies and make dance her career.  Adding voice and drama to her skills, it wasn’t long before her outstanding talent was recognized. She landed jobs in films, television and concert tours, and then went on to Broadway where she performed for over ten years – a dream come true for a girl from Honolulu.


“My whole world was focused on performing, career, popularity, success and money,” says Rachel in her calm, intelligent voice. She was clearly on the fast track when she met Todd, a Jewish commercial director and producer whom she liked and respected very much. Though he was not observant, he said that he would not marry a non-Jew.

It was roughly at that time that Chabad came into Todd’s life, with dedicated, sincere shluchim coming to his office and to his home, undeterred by the Japanese singer-dancer who was part of his life. As Todd gradually grew stronger in Yiddishkeit, Tina decided to start learning about Torah, and was amazed by what she learned. For many years she had been longing for true spirituality and to her surprise, the Torah that she was learning spoke to her mind, heart and soul.

Eventually Tina made the decision that would transform her life more than anything had before – she decided to become a Jew. She took the name Rachel and left behind secular success and fame to join a world unlike any other. Inspired by Rachel, Todd intensified his studies and eventually became a baal teshuva. Todd began using his Jewish name, Tovia, and he and Rachel married. A year later, they and their sweet little son moved to Yerushalayim.

In Eretz Yisrael Rachel enthralled and inspired her audiences of women and girls as she shared – through dance, drama and song – her life’s journey, her personal metamorphosis and her longing to continue to grow.

Feedback from her audiences led Rachel to form HaMachol Shel Bnos Miriam, where there are classes in the performing arts for girls and women, and the Bnos Miriam Dance Company, a performance group made up of religious women and girls. Both of these programs use dance and song to express spiritual themes. The form is also uncompromisingly Jewish – the dances, costumes, and music are totally modest while being exquisitely expressive and artistic.

In Yerushalayim Tovia was learning full time at Yeshivas Midrash Shmuel in Shaarei Chesed, and his Rosh Yeshiva, Rav Binyomin Moskovits, became their spiritual guide. Rachel was teaching in seminaries and other forums, and their own family continued to grow. Rachel’s life was blessedly full, but it was about to become even fuller. Another transformation was about to take place.

Following a performance, at a shabbaton in Brooklyn, a teacher made a heartfelt plea for her to develop a program that would help the girls with today’s tznius challenges.

Conversations With Heroes – How This Rockette Found Her Religion [audio] 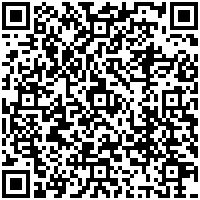