“Mine is a personal story but it also honors those who lost their lives,” says, 93-year-old Holocaust survivor Hannelore Marx in her memoir From Despair to Happiness. Her frank memoir records her survival and at the same time pays tribute to those who will never tell their own story. But more than that, Hannelore’s story is about a woman who not only survived the horrors of the camp, but went on to live a life full of joy. “While my mother urges us never to forget, she is a living proof that happiness is within reach for everyone,” says her son Larry who helped prepare her memoir for publication.


The End of Childhood

Hannelore, born in Stuttgart, in southern Germany, to Max and Hilda Kahn, was 11 when Hitler became Chancellor of Germany in 1933. Her brother Heinz was one year older. It wasn’t long before she felt the anti-Semitic edicts. Three years later, she was summoned by the principal and told to pack up her belongings and go home – they were “cleansing” the school of Jews.

By 1941, two years after the horror of Kristallnacht, Hannelore was used to wearing a yellow star and doing the family’s weekly shopping in the “Jew Store” on Seestrasse.

“Our ration cards were printed with the letter ‘J’ to restrict us to buying only in this one store,” says Hannelore. “I’d wait 45 minutes on line. Next door was the butcher. Here the line wasn’t long because all they sold was pork,” she says. The journey back home by street car took another 45 minutes. Her yellow star visible, Hannelore was made to stand the entire trip on one of the two steps leading into the car, holding on to the railing with one hand and her shopping bag with the other.

Before the borders were closed, Hannelore’s brother Heinz escaped to England where he joined the British Army and fought against the Germans. For the rest of the Kahn family, however, the edicts grew harsher.

In 1941, the family was moved from their spacious apartment into a tiny one-room apartment and then, on erev Yom Kippur, the Jews were told to bring all their radios to a collection point. “On our holiest holiday, we had to carry our own radios out of our homes and deliver them to the Nazis,” recalls Hannelore. A few months later, the Jews of Stuttgart were told to assemble at the Killesburg Assembly Station. Days later, on December 1, at 3 a.m. 1,350 Jews were driven by trucks to the railway station a short distance away and herded into passenger cars.

“On the seats that were assigned to my parents and me was a woman three times my size and age. There was absolutely no space for me to sit, except on the floor,” recalls Hannelore. The trip from Stuttgart to Riga lasted three days and three nights. All the nourishment they received was a little water scooped up out of a communal pail.

Finally, the train stopped at Skirotava, in Riga, Latvia, and the Jews tumbled out. “Those people getting out, struggling to walk after having been confined for three days and nights, got hit with long wooden sticks, wherever they landed,” Hannelore recalls. Then began the three-kilometer march along the icy roads to Jungfernhof, a farming estate the Nazis had taken over to imprison the arriving Jews who could not fit into the overcrowded Riga ghetto. Inside the barns were stacks of four bunks. “The wooden bunks were covered with finger-thick sheets of ice because the barn had no heat,” says Hannelore.

Despite the terrible conditions, Hannelore’s will to live was strong; she relays a conversation she had with a friend during the first few days at Jungfernhof. “He said to me, ‘We will never get out of here alive.’

“I replied, ‘Yes, we will come out of here alive.’

“He said, ‘If there is a possibility of survival, it will only be a handful of our people.’

“I responded, ‘I will be among this handful surviving.’”

Four trainloads of Jews were sent to Jungfernhof, bringing the number of inmates up to 4,000. Men and women worked at laying bricks, cutting down trees and clearing the roads of ice and snow. Then, on March 26, 1942, the inmates were assembled. Those selected were told that they were going to Duenemunde, a warmer area, with better housing and food. Hannelore’s 46-year-old mother was among them. Hannelore asked to join her mother, but Commandant Seck refused. “To this day, I picture my beloved mother, with all the others, leaving by bus to their final destination, finding themselves in front of a firing squad. Never, as long as I shall live, can I erase this picture from my mind,” she says.

Unbeknownst to Hannelore, Victor Marx was facing the same horror. His wife Marga and his 14-year-old daughter, Ruth, were put on the buses, but because he was such a good worker, he wasn’t allowed to accompany them.

About 400 inmates remained after the Duenemunde farce. For the next year, they formed a work commando. The survivors were then sent to the Riga ghetto, which existed until November 1943 when all the Jews were either transported to other camps or murdered. Hannelore was among the survivors sent to Stutthof concentration camp in Poland.

Stutthof was the first camp constructed outside German borders and was in operation from September 2, 1939. More than 85,000 of the 110,000 inmates died here. Conditions in the camp were brutal. Many prisoners died in typhus epidemics that swept the camp in the winter of 1942 and again in 1944. From June 1944, weak or sick inmates were gassed. Camp doctors killed the sick or injured prisoners in the infirmary with lethal injections. Stutthof was also a source for human remains used by Nazi Dr. Rudolf Spanner to make soap from human fat. It was the last camp liberated by the Russians on May 9, 1945. Once again, Hannelore was among the survivors.

One evening at roll call, the inmates were told to begin marching. While walking through the night, they realized that they had lost their guards. Without a choice, they continued walking. In the morning, the guards returned and locked everyone into a barn. “Suddenly we heard shouting and then shooting. We felt sure now that they were blowing up the barn to kill us,” recalls Hannelore.

But to their surprise, the doors opened and Russian soldiers appeared. “A soldier opened his arms and said, ‘Shalom Aleichem!’ We all cried, kneeled down, and kissed his dirty boots,” recalls Hannelore. It was impossible to believe that after three-and-a-half years, they were finally free. “I didn’t know what to do with that freedom. I felt I was all alone in this world, like a single leaf lost in the wind. My powerful will and all my energy left me, and I was ready to die,” says Hannelore. Survival was one thing; beginning a new life was altogether another.

Yet, Hannelore pushed forward. It took six months for her to travel from Poland to Stuttgart. Once there, she stayed at a sanitarium converted to a makeshift hotel for survivors. While Hannelore at first refused to consider marriage, Victor Marx was persistent and on November 25, 1945 the couple was married by an American chaplain.

Thanks to HIAS (Hebrew Immigrant Aid Society). Hannelore and Victor were able to travel to the United States. With $10 in their pocket, two suitcases, and very little knowledge of English, they began life anew in a one-bedroom apartment in Washington Heights. More details of Hannelore’s survival can be read in From Despair to Happiness. “The stories of my encampment may be hard to read, but it was much harder to relive them as I wrote the book,” says Hannelore.

Hannelore, blessed with the will to survive, is also blessed with a loving nature. “Despite having lived through deplorable and unspeakable acts of evil, Mom is not a bitter person nor does she carry a grudge,” says her son Larry. Perhaps this nature was what restored her faith after losing so much. “It was natural to lose your trust in God,” says Hannelore. “But today I have a strong belief in my religion and I thank God for liberating us from the hands of those awful people.”

One of the reasons Hannelore wrote her memoir was to tell the story of those who cannot. Rabbi Joseph Carlebach, who lived in Berlin with his wife and five children, refused to leave Germany and abandon his congregation. Rabbi Carlebach, his wife and his family were transported to Riga on December 1, 1941 with Hannelore and her family. Rabbi Carlebach kept morale as high as possible by giving counsel to those who needed courage to live, and helping the inmates celebrate Yom Tov and bar mitzvahs. The family, except for one son, Shlomo (Peter), who was out on a work detail, was transported to the Bikernieki forest and shot into prepared graves.

In 1992, Peter Miner was an English Language Arts teacher at Eleanor Roosevelt Middle School in Washington Heights. Most of his students were first- or second-generation immigrants from the Dominican Republic. Realizing that they lacked a moral compass, Miner chose reading and writing assignments that illustrated how people are always making choices in their lives. His curriculum included Holocaust studies. That was where Hannelore stepped in. Her talks earned her the Louis E. Yavner Citizenship Award, given to acknowledge her work with teaching students about the Holocaust. Hannelore shared her story of ghettos, labor camps, forced marches, and the murder of her parents, sending the message that nobody should ever forget that all people, no matter their differences, are still people. One 13-year-old girl took away an extra prize. “I didn’t just connect with Hannelore’s story of survival, one that gave me hope that I would triumph against the adversity, against childhood poverty and chronic child abuse at home. Hannelore connected me with the Jewish people,” says Aliza Hausman, today married to a rabbinical student.

In 1975, Hannelore’s memoir was published in Germany. Editor Barbara Staudacher, sums up Hannelore’s spunk. “Her warm heart, sense of humor and willingness to recall and recount the sad history of her family, have provided a valuable contribution to the task of remembering in Germany,” she says. In 2014, Larry undertook to publish the book in the States. Says Hannelore of her memoir, “You may ask why I wrote this book. I wanted to remind my son, my grandson and all my future generations that the Holocaust happened. Never forget and remember it can happen again.” 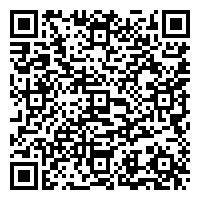