The Government and people of Israel stand with the United States of America in marking 14 years since the terrorist attacks of 9/11. As we remember those who perished, we remain committed to fighting the forces of militant Islam that have caused so much death and destruction both before and since that terrible day. Our commitment is matched only by our conviction that we will prevail.

Israel was the first country in the world, outside of the United States, to create a memorial to the victims of September 11, 2001.


The memorial is located in Jerusalem’s Arazim Park, on a hill overlooking the entrance to Jerusalem.

The 30 foot high memorial is in the form of a huge American flag, billowing in the wind. At its base, the flag becomes a memorial flame, resting on a base of gray granite.  It is made of metal from the site of the World Trade Towers collapse, and was designed by Israeli artist Eliezer Weishoff. The low circular wall surrounding the statue lists the names of all the victims.

The Israeli 9/11 memorial was dedicated on November 12, 2009. It was provided by the Jewish National Fund.

Netanyahu and Joe Biden Talk for the First Time since Elections 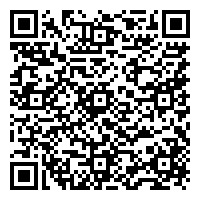