Born on November 15, 1900, in Gentbrugge, Belgium, Yvonne Nèvejean studied at the University of Ghent. Later she traveled to the United States, receiving a Master of Arts in Social and Political Sciences from New York State University.

After returning to Belgium in 1928, she began working at the National Agency for Children (Oeuvre Nationale de l’Enfance, known by the acronym ONE), an organization that operated a network of children’s homes throughout Belgium. Knowledgeable, resourceful and dedicated to her job, Yvonne was eventually promoted to head of the organization.


Although a neutral country at the start of World War Two, Belgium was invaded by German forces on May 10, 1940. In the summer of 1942, they began to deport the Belgian Jews.

It was at that fearful time Yvonne Nèvejean was contacted by the Comite de Defence des Juifs en Belgique, Belgium’s main Jewish underground organization. They asked her to rescue Jewish children who had been separated from their parents. Although aware it would be almost impossible to stop the Nazis, they felt they should at least try to save the children and give them a chance to survive.

Acting mainly on her own, Nèvejean agreed to have her organization help place children with families and in institutions in order to protect them.

Thanks to Yvonne’s persuasive talents, the children’s agency became a vital center for helping Jewish children to find secure sheltering places. Many were under the care of monasteries and orphanages, priests and nuns, Catholics and Protestants, whoever she was able to recruit, even those people classified as enemies of the state.

One little girl, five-year-old Bronia Veitch, was living in a Belgian home for Jewish refugee children. In the autumn of 1942, the Gestapo came to transport them to the Mechelen transit camp.

By a miracle, the train was unaccountably delayed.

Seizing the opportunity, Yvonne Nèvejean immediately transferred all the children to safe houses.

At this crucial time, she decided to seek help straight from the top, contacting the Queen Mother, Elisabeth of Belgium herself. Touched by the plight of the endangered Jewish children, during most of that day and half the night, the Queen used her influence with General Von Falkenhausen, the military governor of the German High Command. A member of the Comite de defense des Juifs also paid a huge ransom. Thankfully, the children were released during the night, only a short time before the train departed for the transit camp.

Yvonne also took a pro-active role in raising funds for all the hidden children. In fact, she requested a monthly allowance from the management of the Societe Generale Bank to support her efforts. When the amount they contributed was insufficient, she asked the Belgian government-in-exile in London for help. They found a way to send her the additional funds.  ​

Although the German occupation of Belgium appeared to be coming to an end in August 1944, the danger was not yet over. Yvonne received an urgent request to find new safe hiding places for all the Jewish youngsters, known as Yvonne’s children, under her protection. Before withdrawing from the country, the Nazis planned to arrest all the Jewish children in Brussels and send them to concentration camps. Yvonne recruited everyone she could to assist with this vital rescue mission. She telephoned every possible shelter, monastery and orphanage, speaking to anyone who might provide additional hiding places in homes already filled beyond capacity. Through her firm determination, Yvonne’s final mission was fortunately successful.

It is estimated about 4000 young Jewish lives were saved by the bravery and compassion of Yvonne Nèvejean, her friends and colleagues.

“Nèvejean provided Jewish children with more than equality of opportunity; she gave them the gift of life,” wrote author Suzanne Vromen in her book Hidden Children of the Holocaust: Belgian Nuns and their Daring Rescue of Young Jews from the Nazis.

Yad Vashem honored Yvonne Nèvejean as Righteous Among the Nations in February 1965, the first Belgian woman to be recognized. Years later the Belgian Postal Authority issued a postage stamp in her honor.

Like many other heroes of the Holocaust, she was rewarded with a long life, passing away at the age of eighty-seven in 1987.

Yvonne Jospa, co-founder and leading organizer of the Belgian resistance who worked together with her namesake, praised Nèvejean as someone who felt very strongly about injustice and was dedicated to the rescue of Jewish children.

In her eulogy, she explained that “she was driven by her love for children, her antipathy towards any form of discrimination and being in defiance against the Nazi occupation.” 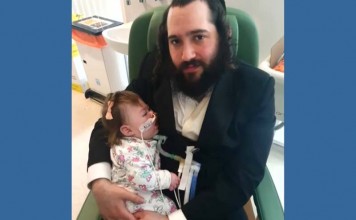 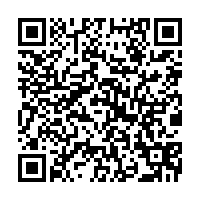