July 4 is always a joyous occasion in the United States, but in 1976 American Jews had an additional reason to celebrate the holiday: On that day, Israeli special forces flew 2,500 miles from home and rescued 102 hostages held by Palestinian and German terrorists at Entebbe Airport in Uganda.

In anticipation of the 40th anniversary of the mission, military historian Saul David this month published “Operation Thunderbolt: Flight 139 and the Raid on Entebbe Airport, the Most Audacious Hostage Rescue Mission in History” (Little, Brown and Company).

To learn more about the book and the rescue mission – whose execution was far less seamless than is generally known – The Jewish Press spoke with David.

The Jewish Press: People tend to think of Yitzhak Rabin and Shimon Peres as cut from the same political cloth, but when it came to the Entebbe hostage crisis their views seem to have differed sharply.

David: That’s correct. Rabin was the prime minister and Peres was the defense minister but they had very different strategies when it came to dealing with terrorist threats. Rabin was of the opinion that you only use force if it has a possibility of succeeding. Peres, it seems, felt that force needed to be used as a matter of principle – that you shouldn’t do deals with terrorists because it encourages them to keep coming back for more concessions.

What were Rabin’s hesitations in using force to rescue the Entebbe hostages?

As an ex-soldier, Rabin knew that special-forces operations conducted far away from Israel had a very low probability of success. So he wanted to make sure the intelligence was as thorough as possible: everything down to which way a door opens – does it open outward or inward – because in a hostage rescue vital seconds are crucial.

Where, in fact, did Israeli intelligence get its information in preparing for the raid?

From a number of sources, including the released hostages. Probably the biggest mistake the terrorists made was to release some of the hostages, because when they got back to France they were debriefed by Mossad operatives. So they learned key things like the layout of the rooms, the habits of the hijackers, the sort of weaponry they had, and the likelihood of the building being wired with explosives. Actually, the Israeli in charge of intelligence told me that even when they launched the operation they still didn’t know for sure that there weren’t any explosives there.

They also found out that the Ugandans were cooperating with the terrorists. Now, this is crucial because up until that point they were thinking of various plans that were going to get them into Uganda where they would neutralize the terrorists and then hand themselves over to the Ugandans. When they realized that was no longer possible, they not only had to have a plan that would get them to Uganda, they had to get back as well, which meant they had to find a way to refuel the planes, which was a problem all of its own.

There’s no question that by the time they launched the operation on Saturday morning they did not have everything they needed. In fact, the intelligence officer I mentioned before said to me, “Our information was 70 percent; we had a 30 percent intelligence gap” – which is quite big.

You describe the rescue plan in the book, which entailed landing at Entebbe Airport at midnight and then driving a black Mercedes to the terminal building where the hostages were being held. Since this model was the vehicle of choice of Ugandan generals, anyone seeing it would assume a Ugandan general was inside until it pulled up to the building. You write, though, that the Israelis completely botched this portion of the operation and lost the crucial element of surprise. 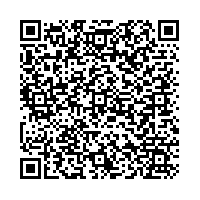