Every year when Yom HaAztma’ut arrives, religious Zionists debate whether to recite Hallel with or without a blessing. Israel’s Chief Rabbinate originally ruled that Hallel should be recited without a blessing, but under the leadership of Rabbi Shlomo Goren, the Chief Rabbinate, it reversed course. Of course, many Orthodox Jews object to saying Hallel at all.

This debate, obviously, is intimately tied with a much larger question: How should we regard the re-establishment of a Jewish state in Eretz Yisrael after nearly 2,000 years? To address this topic, The Jewish Press recently spoke with Rav Shmuel Eliyahu, chief rabbi of Tzfat and a member of the Israel Chief Rabbinate Council. Rav Eliyahu is the son of former Sefardi Chief Rabbi Mordechai Eliyahu and the author of The Prophecy.


The Jewish Press: Why should we thank Hashem for Israel?

Rav Eliyahu: Just as we thank Hashem for every breath we take and every drop of rain, so too we should express thanksgiving over every second the State of Israel exists and continues to flourish, for it is the greatest miracle since the beginning of creation.

Some don’t see Hashem’s hand in the establishment of Israel.

Not seeing the great events of our time as the workings of Hashem is the root of Amalek. When the Children of Israel went out of Mitzrayim, they asked, “Is Hashem with us or not?” Immediately Amalek attacked.

Our Sages compared this sequence of events to a father who carried his son on his shoulders and gave him everything he needed. After a while, the son asked, “Where is my father?” The father replied, “I am carrying you on my shoulders, yet you ask where I am?” So he set his son down and a dog leapt forward and bit him.

Our Sages teach us that King Hezkiyahu lost his chance to be Moshiach because he didn’t sing Hashem’s praises for the great miracle that happened to him. What heavenly merit can we expect if we fail to thank Hashem for orchestrating our way back to Zion via the historical events of our time?

You recently published The Prophecy, which argues that many Biblical prophecies have come to fruition with the state of Medinat Yisrael. What made you work on this project?

The subject matter gives me great joy. When you study the prophecies in the Torah and Tanach, you learn to see the workings of Hashem in history. This gives a person an infusion of faith regarding the ongoing development of the Jewish state.

Everyone acknowledges that the terrible prophecies of our national destruction came to pass during our wanderings in exile. Moshe Rabbeinu said, “And you shall perish amongst the heathen nations, and the land of your enemies shall devour you.” The prophet Ezekiel pictures the Diaspora as a valley of dry bones, saying, “These bones are the whole house of Israel.” Can there be any greater evidence of this than photographs of Auschwitz?

Wherever we wandered, after brief periods of respite and prosperity, the wrath of the gentiles swept down upon us like a reaper’s scythe. At the same time, for almost 2,000 years, the Land of Israel lay barren and fallow, as the prophet Jeremiah declared, “Therefore is your land a ruin, and an astonishment and a curse, without inhabitant.”

Foreign nations endeavored to cultivate the Holy Land without success. On a visit to Palestine in 1869, the American writer Mark Twain noted in his diary, “Of all the lands there are for dismal scenery, I think Palestine must be the prince. The hills are barren, they are dull of color; they are non-picturesque in shape. The valleys are unsightly deserts fringed with a feeble vegetation that has an expression about it of being sorrowful and despondent.”

Just as we acknowledge that the prophesies of destruction were fulfilled, we are called upon to also recognize the providence of Hashem in the awe-inspiring ingathering, rebuilding, and national revival that we have witnessed in modern times.

Jews have moved to Israel from all over, but perhaps, given the secular nature of modern Zionism, we are not really witnessing the ingathering of the exiles and the awaited redemption.

All of the prophets see the beginning of Israel’s redemption in the return of the Jewish People to Eretz Yisrael from around the world. Moshe Rabbeinu, for example, declares: “Then the L-rd your G-d will turn your captivity and have compassion on you, and will return and gather you from all the nations…. If your outcasts will be in the farthest parts of the heaven, from there will the L-rd thy G-d gather and fetch you, and bring you into the Land which your fathers possessed, and you will possess it, and he will do you good and multiply you more than your fathers.”

The prophecy emphasizes that the ingathering will come from the most distant places, and that the Jewish population will multiply greatly. Hasn’t this happened in the last few hundred years? At first, the process began very slowly; then it steadily increased. Approximately 450 years ago, Rabbi Yosef Caro and the Arizal arrived in Tzfat. Several thousand followed their call to make aliyah. Then, 200 years later, the Rashash came from Yemen. The Orach Chaim HaKodesh came from Morocco.

At the same time, the Gaon of Vilna and the Baal Shem Tov encouraged their students from Europe to immigrate to Israel. By 1880, there were 24,000 Jews living in the country. Then, miraculously, over the next century, the number swelled to 6.5 million.

Nearly all of the prophets of Israel repeat this theme of mass ingathering. At a later stage, the spiritual side of the nation is strengthened, as Ezekiel explains: “Then I will sprinkle clean water upon you, and you shall be clean; from all of your impurities and from all of your idols I will cleanse you. A new heart also will I give you, and a new spirit will I put within you… and I will cause you to follow My statutes, and you shall keep My judgments and do them. And you shall dwell in the Land that I gave to you fathers, and you shall be My People, and I will be your G-d.”

As Rav Tzvi Yehuda Kook told us time and again on Yom HaAtzma’ut: All we have to do is open our eyes and see the growing movement of teshuvah that has accompanied the rebirth of the Land. Today, Baruch Hashem, Jerusalem is the Torah capital of the world. Everywhere you look in Israel, there are new yeshivot, seminaries for girls, etc.

What do you mean by “the rebirth of the Land”?

The Talmud, citing a prophecy of Ezekiel, states that the surest sign that the exile is ending is the trees of Eretz Yisrael bringing forth their fruits in abundance: “Rabbi Aba stated, ‘There is no greater revealed end of the exile than this.’”

Look how the former wasteland has become a leading world exporter of fruit. Jaffa oranges are famous all over the globe. Even Holland buys our flowers. According to the Food and Agriculture Organization of the United Nations, Israel’s average agricultural bounty per dunam is three times higher than the international standard.

Israel has also made enormous contributions in science, medicine, computer and digital technology to the world in accord with the prophecy, “And all of the families of the earth shall be blessed in you.”

Some Jews criticize Israel for glorifying its military might on Yom HaAtzma’ut. For example, fighter jets fly over our cities with blue and white stripes in their wake.

Jet fighters also come from Hashem. People often overlook the incredible metaphysical transformation of the Jewish people – from the frightened and impotent Jew of galut to the fearless freedom fighters of the IDF.

In our exile in foreign lands, we were characterized by the prophecy, “And amongst those who are left alive, I will send a faintness into their hearts in the lands of their enemies, and the sound of a shaking leaf shall cause them to flee, as fleeing from a sword; and they shall fall when none pursues.” Behold, in our return to the Land of Israel, we rediscovered our valor and prowess of old, just as the prophet Micha proclaims:

“And the remnant of Yaacov shall be in the midst of many peoples like dew from the L-rd, like a lion amongst the beasts of the forest, like a young lion among a flock of sheep, who if it accosts them, treads upon them, tears into pieces, and none can deliver.”

In the short span of decades, Israel has become one of the most powerful military forces in the world. May the continuing Providence of Hashem bring us speedily to a complete redemption, for Israel and for the whole world. 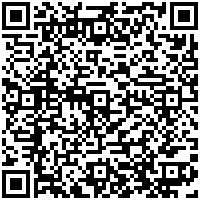