I recently spoke to Cameron Ayres – who serves as director of innovation at Sector 5 Digital and creates some of the most cutting-edge technologies for some of the biggest companies in America – on the fascinating field of virtual and augmented reality.

Bracha: What VR (virtual reality) and AR (augmented reality) products currently on the market can enhance the lives of regular people?


Ayres: It depends heavily on your interests, but I’ll tell you a few of my favorites:

As far as hardware goes, I’d recommend Oculus Go for a portable, cheaper, and easy-to-use headset and the HTC Vive if you have a gaming computer and want to expand your virtual capabilities.

As far as AR is concerned, here are a few titles I’d recommend:

There are also apps out there that can help you see what various types of makeup might look like on you, demonstrate a product for marketing, or provide an architectural rendering to explore.

Do you see any downside to VR and AR?

I’m concerned that it might diminish human interaction like the Internet has. People tend not to pick up the phone and call each other anymore and I don’t know yet if AR and VR will help or hurt that situation.

One example I like to use is this: With AR, you can have signs automatically translated when you’re traveling abroad. The negative is that now you are not going to try to learn that new language and, by extension, potentially, the culture.

In VR, the downside is how isolating it is. It is also a bit scary that you can’t see what’s around you while in VR (though many developers have a camera you can enable on the front).

If we can focus, though, on using these tools to improve our lives, I believe the pros significantly outweigh the cons.

What types of VR and AR devices should we expect to see in the future? Where do you see the market going? Also, what do you see as the future of technology? Is it VR and AR or something entirely different?

VR and AR will necessarily converge in the future. With transparent screens already being a thing, I foresee one product facilitating both needs in the market. I also think it will keep getting lighter, more ergonomic, and less intrusive, which means a long way down the road we might even see this technology in a contact lens type solution.

For the future of VR, I expect prices to continue dropping and consumers to adopt products at home. Virtual sporting will be massive. Imagine events where users can run around arenas but in the headsets they are in a post-apocalyptic wasteland fighting zombies. Imagine combining League of Legends with football and you get to be a player competing against your friends.

VR in training will become standard since it is location-agnostic. You will have engineers in Dallas training students in Dubai using a virtual engine model. AR will become massive when it works consistently with a wide field of view. I expect a set of AR glasses to be released in the coming years.

Another thing that will be big in VR and AR is haptic devices. A haptic device is something that gives user feedback. It could be a controller rumbling or feeling a pop on your chest when being shot in “Call of Duty.” Imagine being in VR and reaching out to pick up an apple, and a glove stopping your fingers when you grip the apple. Suddenly, VR gets a lot more real and powerful. 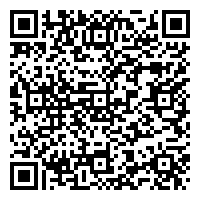