JERUSALEM – Doron Sheffer, 37, one of Israel’s greatest basketball players, shared his story of return to religious observance with a group of Jewish educators.

Speaking in Jerusalem Sunday night, Sheffer recounted his years as a star, the frustrations of losing, the joy of winning, his cancer, divorce, remarriage – and his long search for meaning that brought him to observant Judaism.


He spoke at the offices of Maayanei HaYeshuah, a proactive Jewish outreach organization that features street stands, classes and Sabbath programs.

Sheffer made his name in Israeli basketball history when he led the Upper Galilee HaPoel team to the national championship and the European Cup semifinals, and he was chosen Player of the Year.

In 1993 he began playing for the University of Connecticut which won the Big East championship three years running. In 1996, he became the first Israeli player to be chosen by an NBA team (the Los Angeles Clippers), but he opted to play instead for Maccabi Tel Aviv, which he helped lead to four consecutive championships.

In 2000, after he was diagnosed with cancer, Sheffer left basketball – the first of three announced retirements from the sport. After regaining his health he traveled to India, remarried, moved to Jerusalem, studied in yeshivot – and now coaches young people in both basketball and Judaism.

“My return to Judaism began 15 years ago,” he told his audience in a quiet, calm voice, “when I read a book called Heavenly Prophecy. It was written by a non-Jew, and I don’t remember much about it, and it didn’t change my life – but it filled me with a sense of peace, serenity, completeness, and unity. I wanted to touch that point. Little by little, I began my journey – a journey with no end – via my trip to India, dealing with cancer, basketball, and ultimately, returning to myself, to Judaism and to Torah.”

Sheffer, who grew up on a secular kibbutz, likened basketball to music – “it can unite and bridge between different people with different ideas.”

One of his unforgettable memories, he said, is “when we were playing in the Upper Galilee, and at one point, the entire crowd – chassidim of Chabad, kibbutznikim, non-Jews, everyone – all broke out into the song ‘Moshiach, Moshiach, Moshiach.’ I’ll never forget that.”

When a cancerous growth was discovered in his body, Sheffer said, “it enlightened me. God doesn’t give something to someone that he can’t deal with. Little by little, I learned what I can correct in my life. I got down to the root of the matters; I looked to see what my part in life is. After a number of months, they operated and removed the growth. I realized the extent to which pressure and fear are cancers in our lives, and how joy and patience can make us healthy.”

He began taking practical steps toward Judaism about five years ago while on a spiritual quest in India: “A few of us were sitting around with guitars, singing Chanukah songs, and for the first time, something inside woke up; I realized that there was more to it than just songs, and I really began to connect to the meaning of the holiday. That was the point at which the Jewish spark arose in me.”

He returned to Israel, met his future wife, Talia, and moved to Jerusalem in order to play with Hapoel Jerusalem.

“The ‘pshat’ [simple explanation] for our move to Jerusalem was basketball,” he explained on a different occasion, “but the ‘sod’ [deeper meaning] was that it largely channeled us to a life of Torah. We felt that something big was happening, despite various crises.”

Though Sheffer sees himself as a disciple of the late Rabbi Avraham Kook, he does not wish to catalogue himself in any specific group. He regrets the divisiveness that he sometimes sees within religious Judaism: “The Torah is complete. It’s like a tree that can branch off in different ways, but we must not forget the trunk, the tree itself from which we all are nourished.” 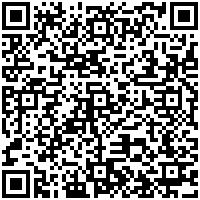