Famous for its rich and extensive history, ancient architecture, markets and mix of cultures, the Old City of Jerusalem is one of Israel’s most popular tourist sites. But the beauty of the Old City runs much deeper, as witnessed when visiting any one of its archaeological sites.

Take for example the excavations at the Temple Mount. The most well-known areas of excavation are the Western Wall and Southern Wall. The Western Wall, also known as the Wailing Wall/ The Kotel, is one of the most sacred sites in Israel. Excavations at the Western Wall (the Western Wall Tunnel) follow the foundations of the First and Second Temples, exposing the full length of the Wall (over 1,640 feet), beyond what is visible above ground (200 feet). These excavations began shortly after the Six Day War, exposing many new archaeological finds. The Tunnel was found to contain structures dating back to the Herodian, Umayyad, Ayyubid, Mamluk, and Hasmonean periods, as well as the Western Stone, the largest and heaviest stone in the Western Wall. Today, the tunnel can be accessed via a guided tour, allowing you to visit the point closest to the Holy of Holies whilst listening to stories of ancient Jerusalem.


The Southern Wall underwent archaeological excavations in the 1960s, uncovering Umayyad palaces and buildings, as well as a grand staircase that functioned as a main entrance from the Hulda Gates to the temple during the Roman Period. The area has since been repaired and turned into an archaeological park, known as the Ophel Archaeological Park.

Excavations and salvation operations of the Temple Mount site continue today in the form of the Temple Mount Sifting Project. The archaeological initiative focuses on recovering artifacts from 400 truckloads of soil that were removed from the Temple Mount by the Waqf whilst constructing an underground mosque in the late 1990s. The project has uncovered some significant finds, such as pendants, coins, architectural elements and an iron arrowhead that date back to a range of periods over the last 2,000 years.

The Temple Mount excavations- particularly the Western Wall tunnels and the Ophel Archaeological Park- are one of many archeological sites in the Old City, not to be missed on your next visit to Jerusalem! 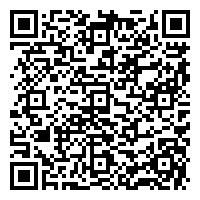