On September 5, 2012, at the Democratic National Convention, chairman Antonio Villaraigosa asked those assembled if they approved of an amendment to the Democratic Party’s platform affirming Jerusalem as Israel’s capital. Half the crowd – if not more – cried “No!”

This reaction surprised many American Jews. But, as Stephen Norwood documents in his new book, Antisemitism and the American Far Left (Cambridge University Press), antipathy toward Jews and Zionism on the political left has a long history, dating back more than a century.


Norwood, a professor of History and Judaic Studies at the University of Oklahoma, recently spoke to The Jewish Press.

The Jewish Press: Why is there so much anti-Semitic or anti-Israel sentiment on the far left?

Norwood: There’s a long tradition of it going back to the middle of the 19th century. The far left has tended to deny the legitimacy of Jews’ claims to be a people. Oddly, a lot of the far-left outlook closely resembles traditional Christian theological anti-Semitism in the sense that Jews are perceived as an archaic group rigidly adhering to an outmoded sterile religion, speaking languages that are obsolete.

There’s also the issue of accusing the Jews of being excessively materialistic and exploitative of non-Jews. You see a lot of that in far-left propaganda – that the Jews are overwhelmingly concentrated in the petty bourgeoisie, which in itself is an archaic class form, and thrives on tricking people and squeezing money out of them through illicit methods of trade.

If you look at the Christian Bible, you see a very similar type of outlook. And this Christian theological anti-Semitism is so deeply embedded in Western culture that the far left has really never escaped its influence.

Nowadays, the far left often portrays Israel as the aggressor in its fight with Arab terrorism. You write in your book, though, that this practice hails all the way back to the 1929 Hebron massacre, which American communists apparently supported.

Yes, the Communist Party endorsed the pogroms. The Daily Worker, which was the Communist Party newspaper in the United States, not only endorsed them but printed cartoons that reflected Christian theological anti-Semitism stereotypes of Jews – like a cross in the background with bodies of Arabs hanging and a fat, smiling capitalist in the foreground labeled “Zionist.”

The Morgen Freiheit, which was the Yiddish-language communist newspaper in the United States, initially reacted by calling the attacks “pogroms,” but because the Soviets ordered the communist parties to view them as progressive anti-colonial revolts, it switched.

The Daily Worker, though, right off the bat, viewed them as a revolutionary Arab uprising against Zionist exploiters. The Jews were labeled bourgeois imperialists and tools of British imperialism.

Despite the Soviet Union’s anti-Semitism, Joseph Stalin amazingly supported the creation of the state of Israel. Why?

That was during a brief period running from ‘45 or ‘46 up through the end of ‘48 when the Soviet Union supported the partition plan in the United Nations. Their support was critical because they brought the Soviet bloc in with them, and it helped achieve the vote total needed for the General Assembly to pass the partition resolution.

The reason for this is that the Soviets were intent on pushing the British out of the Middle East and they thought this was the best way to do it. They continued to ban Zionism within the Soviet Union, but they supported the partition plan. In ‘47 and ‘48, they came out openly for it and were even more supportive than the United States, which was equivocating. In fact, the most sympathetic presidential candidate to Israel in the ‘48 election campaign was Henry Wallace, who was the Progressive Party candidate – and the Progressive Party was highly influenced by the communists. 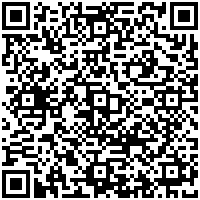