The President of the European Parliament, Martin Schulz, started a small riot in the Knesset Wednesday afternoon, when he rebuked the MKs on the lack of equality which, evidently, forces people to blow up their Jewish neighbors. Not a lot has changed in the Fatherland, it appears.

“There is no alternative to peace if we want to give people an honorable life,” Schultz said, adding, “The Palestinians, too, have the right to self determination and to justice. Tell me, and I ask you if this is right, that Israelis are allowed to use 17.5 gallons of water a day, while the Palestinians only 4.25 gallons.”


One of the most celebrated studies to date on the issue of who gets more water, is the 2012 The Israeli-Palestinian Water Conflict: An Israeli Perspective, by Prof. Haim Gvirtzman of The Begin-Sadat Center for Strategic Studies.

The paper details the water agreements between Israel and the Palestinians, refuting any criticism against Israel for not adhering to its commitments. “Israel has not only fulfilled all of its obligations stemming from the 1995 Interim Agreement signed with the PA,” writes Prof. Gvirtzman, “but has met all water commitments requisite of a permanent status agreement as well.”

The study documents the fact that “there is almost no difference today in the per capita consumption of natural water between Israelis and Palestinians. The large difference that existed in 1967, when the administration of Judea and Samaria was handed over from Jordan to Israel, has been reduced over the last 40 years and is now negligible. As well, the per capita domestic water consumption of the Palestinians is significantly higher than the minimum human needs defined by the World Health Organization.”

And here comes the point which the EU president should probably take back to his hosts in Ramallah, “While Israel has ensured that nearly all Palestinian villages and towns are connected to running water, the Palestinians have violated their part of the agreement by refusing to build sewage treatment plants (despite available international financing). Moreover, the Palestinians have drilled hundreds of unlicensed wells and set up unauthorized connections to Israeli water supply pipelines.”

Many Jewish Home MKs reacted with appropriate rage, and Chairman Naftali Bennett, MK Orit Struk and a few others yelled: “It’s a lie!”

Jewish Home MK Motti Yogev yelled at Schultz something about the fact that Eretz Israel was given to the nation of Israel, and was promptly removed from the plenum. He was followed by a few colleagues from his faction. MK Struk said: “When the president of the European Parliament spits on you, you can’t keep quiet, wipe your face and say it was the rain.”

Bennett wrote in his Facebook page a short while later: “I will not accept a lying sermon against the nation of Israel in the Israeli Knesset, certainly not in German.”

Prime Minister Netanyahu was critical of Schultz’s speech, suggesting it reflected the selective hearing which has become rampant in many European circles. He added that the figures Schultz had picked up in Ramallah about the water consumption gaps are simply wrong. 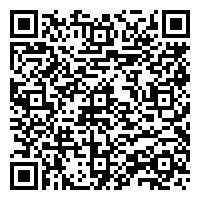