Hundreds of school officials and students from across the state will be gathering in Albany on March 1 for an advocacy day to urge state lawmakers to include additional funding for yeshivas and Jewish day schools in the budget, which is due April 1.

The advocacy day is being organized by the Orthodox Union and leading the charge is Jake Adler, director of government affairs for TEACH NYS, a project of the Orthodox Union Advocacy Center. The Jewish Press spoke with Mr. Adler about the OU’s agenda in Albany this year; how the OU helps Jewish schools make the most of the government resources available to them; and what he hopes to accomplish with the Albany advocacy day.

The Jewish Press: You recently testified before the Joint Budget Hearing on Education. What was your message to the legislators?

I think the biggest focus for us this year is on the STEM – Science, Technology, Engineering and Math – funding. Most people would agree that our kids getting a good foundation in these core subjects is important for them going forward in the job market. Our message is that the governor’s intention is to fund it and the legislature last year invested heavily in increasing STEM education in public schools. We think that’s great. All these kids need a solid foundation and we want [elected officials] to take the next step and make sure that those thirteen percent of kids are included and have the skills needed to enter the growing technology sector and be part of the modern economy.

So basically you want students to succeed no matter where they are being schooled.

That’s a fair and succinct way of putting it. In New York City a couple years back we were the number-one advocacy group pushing Councilman David Greenfield’s bill that became Local Law 2, which was the non-public school security bill. Our message there was that all students deserve to be safe in school regardless of where they go to school. It’s the same message here – all students deserve to have the state put some resources behind them.

The vast majority of schools teach the core subjects and they teach them adequately. I think the biggest problem is that in order to have a really qualified STEM instructor it costs a significant amount of money. You’re looking at a situation where the salary for a public school teacher is increasingly going up and the benefits package is incredible. I’m not begrudging them that. But when you look at your average non-public school, there is almost like a brain drain where you have a good teacher hired out of college or out of grad school, they’re going to work for your school for a few years and then they’re going to realize they can get paid double or triple at a public school and so the teacher in the non-public school will jump ship to get a public school job. It’s a struggle year after year for our schools to hire and retain the quality teachers they need.

What about the fundamental issue of skyrocketing tuition costs at non-public schools?

There are significant numbers of parents who are struggling. I think it is pretty much common knowledge that these parents are getting double-billed by paying school taxes and paying tuition. They’re having nice-size families but the costs are only going up. The cost of educating a public school student is somewhat over $20,000 per pupil while the cost of educating a private school student is double that. There is no question that there is a significant scholarship need. My focus is on getting new funding to the schools, lowering the pressure on them a little bit and then you’ll start seeing a different climate. There’s a need out there. It is a situation no one really wants to see continue the way it is.

Is the issue of the education investment tax credit dead in the water for this year?

If you look at the work of my organization over the past few years, we have consistently been focusing on one thing – increasing the programs that are the bread and butter for our schools and finding new and innovative ways that can actually be passed by both houses and signed into law to deliver new funding for those schools. The OU really split from the education tax credit people a few sessions ago when the education tax credit coalition began operating politically differently from the way we thought would be appropriate or effective. We began to work on different, more deliverable programs.

Why is security aid the buzzword this year?

There is a security aid program for non-public schools that was slipped in as part of the SAFE Act in 2013 with an initial allocation of $4.5 million, which comes out to about nine dollars per student. That was supposed to be a one-time allocation but it has been renewed every year since then due to very diligent advocacy. Last year it was increased by $10.5 million for a total of $15 million, and in this year’s executive budget proposal Governor Cuomo kept it at the $15 million level. So as we’re starting off level with last year’s budget, we’re going to be working on increasing that. It’s certainly a scary world. The NYPD recently released new data that showed anti-Semitic incidents were up. There’s a lot of concern out there.

How is this different from what the New York City Council passed in terms of security aid?

The City Council passed what is now called Local Law 2 – a non-public school reimbursement program for security limited just to the five boroughs. The funding we’re talking about now is for all non-public schools in every county in the state, not just New York City, and it is a per-pupil allocation for hardware upgrades like hardening doors or putting in shatterproof or bulletproof glass, cameras, things like that. It’s not dictated to the schools, it’s a school reimbursement program. It’s been expanded to include some health and personnel costs or school needs. If the school decides it needs to invest in shatterproof glass it can expend the funding and wait to get reimbursed from the state. It’s more of a hardening concept and less of a staffing concept statewide.

Tell us a little about TEACH NYS.

TEACH NYS started out in the Sephardic community in Brooklyn several years ago. Leaders of the Syrian community felt the need to focus their efforts on finding a way to advocate effectively for more funding for their non-public schools. They started TEACH NYS and eventually it became part of the OU operationally with the active participation of the lay leaders in the Sephardic community. 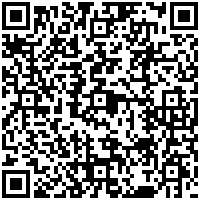