On August 9, 2001, Malka Chana (Malki) Roth stopped by the Sbarro restaurant on the corner of King George Street and Jaffa Road in downtown Jerusalem. A suicide terrorist wearing an explosive belt with nails, nuts and bolts entered and detonated his bomb. Fifteen Israelis were killed, including Malki; 107 were injured.

Against the backdrop of the Netanyahu government’s decision to release 104 Palestinian terrorists from Israeli prisons, I spoke with Malki’s father, Arnold Roth.


David Nesenoff: Can you share with us that tragic day of twelve years ago and its aftermath?

Arnold Roth: Malki was on her way to a planning meeting for the summer camp of Ezra, a religious Zionist youth movement here in Israel, where she was to be a madrichah. She and her friend Michal decided to stop off for a slice of pizza. According to one report, there was a young man with a guitar case who placed himself almost right next to the two girls. We know that Malki was happily tapping out a text message on her cell phone at the moment the guitarist destroyed our world.

As if to prove how truly different our values and perceptions are from theirs, the Arabs created a physical homage to the Sbarro massacre six weeks later in Nablus. Published photographs and reports show that they created a grotesque replica of the pizzeria, complete with a “kasher” sign above the entrance, as well as body parts and adulatory photographs of the killer. For them, this was a victory to savor.

In the days immediately after the act of calculated mass murder that stole Malki’s life from her and from the family who loved her so much, we were flooded with messages of sympathy and support. Some came from public figures. We have tried to engage with some of those public figures in the years since then in order to defend the rights to justice and fairness, which, we thought, were the entitlement of families like ours. To say the least, it has been a dispiriting experience, particularly since 2011.

First, the woman who engineered the Sbarro massacre was let loose and given a triumphant welcome in the land of her birth, Jordan. This was an outcome we had fought to prevent for six or seven years, as soon as we became aware of its possibility, so seeing her smiling and being cheered by those who appreciated her for what she had done to the Jews was painful for us in the extreme.

Then a year later, in June 2012, her fiancé was given permission that, in the explicit terms of his conditional release, should never have been given. He is also a convicted murderer who was serving a life sentence right up until the Gilad Shalit deal. When he was set free, his freedom was limited by Israel to the areas controlled by the Palestinian Authority. But he wanted to be with the fiancée he barely knew and whom he had met either once or never – the reports on this are vague. She is also his cousin. We found out this was about to happen, and my wife and I immediately filed an application to the High Court of Justice in Jerusalem demanding that the government stand by its own refusal to permit him to cross over into Jordan to unite with the female murderer.

The government’s lawyers finally responded to our lawyers some days after we filed the legal papers. But to our dismay it was to say: Oops, he left for Jordan three days ago, and we let him. I think of this a great deal when my thoughts go back to those messages of solidarity and support that officials sent us during the shiva.

You’ve formed a group of bereaved families. Who are they? What does the group do?

The Bereaved Families for Peace and Justice group is an ad hoc collective of concerned individuals. Four of us, friends and acquaintances from past years, formed it in the last few weeks to give a voice to the immense frustrations that welled up when we saw with horror that the decision to free the terrorists into the arms of the Abbas people looked like it was becoming real. 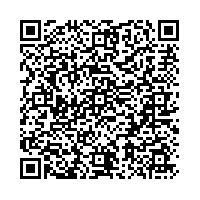