HAIFA – Despite being located nearly 50 miles from the Golan Heights frontier, doctors at Rambam Medical Center have been on the front lines in the battle to save a growing number of Syrian citizens. The injured have been caught in the crossfire between Syrian government forces and rebel militias seeking to overthrow the regime of President Bashar al-Assad. A Rambam Medical Center spokeswoman told The Jewish Press this week that the hospital staff had treated thirteen seriously wounded Syrian citizens.

While these medical efforts have gone almost unnoticed by the international media, the Syrian patients have expressed gratitude for the hospital’s humanitarian efforts. This is especially the case of a nine-year-old girl who was rushed to Rambam Medical Center nearly a week ago after suffering a severe head injury.


The little girl sat on a bed in a large empty room in Rambam’s Children’s Hospital, clinging to her new white teddy bear. She stroked it, refusing to let it go. The left side of her face that had been swollen from her injuries has slowly healed.

The child, “A,” is from a large Syrian village. An indirect victim of the horrific carnage in Syria, she apparently fell from the roof of her home and was seriously injured – with internal bleeding and head injuries to her eye sockets. Her desperate family, knowing that the road to the local hospital was blocked because of the ferocious battles, headed for the Israeli border.

This emotional story was shared with the hospital’s staff via the girl’s grandmother, who sat next to her hospital bed. Although not among those directly wounded in combat, the IDF permitted “A” (along with her grandmother) into Israel to receive the urgent care she needed. Until they crossed the border into Israel, these Syrians had never met an Israeli and had no idea what to expect. They had just heard that the IDF was treating wounded Syrians at a nearby makeshift field hospital on the Israeli side of the border. After three days of medical treatment and tender care administered by nurses in Rambam’s Department of Pediatric Surgery, the child’s neurosurgeon, Dr. Joseph Gilbord, reported that her condition had improved to a point whereby she would be released and able to return to Syria.

When it comes to returning home to Syria, the situation is obviously not optimal for a little girl of nine. Her grandmother said that most homes in their village had been damaged or destroyed in the fighting. There has been no electricity for more than a year, and the children have not been to school for months. And there is almost no running water. “A” is unfamiliar with computers, computer games, and the standard toys so familiar to children her age.

Hearing this, a Rambam Medical Center nurse bought “A” a beautiful teddy bear. She hasn’t let it go since receiving it.

Dr. Sergey Abeshaus, an attending neurosurgeon at Rambam Medical Center who also treated “A,” told The Jewish Press, “We really don’t know how and why she fell from the building, but in our line of work you don’t ask too many questions. You just treat the patient. She was lucky because she had a fractured skull but a minimal amount of cerebral bleeding. The staff did its best to make her and the grandmother feel comfortable.”

Because Rambam Medical Center features a significant number of Israeli Arab nurses and doctors on staff, the girl and her grandmother were able to communicate with them and adjust to their new, albeit temporary, reality. As Dr. Abeshaus said: “No doubt, having Arabic speaking staff members is an advantage in these cases. But because of the situation being as delicate as it is, where we don’t want to expose these people or their real names because they have to return home, we try very hard to respect their privacy and wishes. They are indeed grateful for the medical help they receive.

“In this particular case, the grandmother was very happy and thanked us for saving her grandchild. As for the girl, she has that teddy bear.” 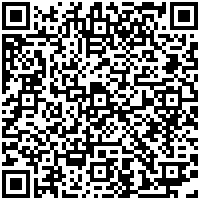