Jerusalem (TPS) – Looking at the two newest lawmakers for the Likud party, you would never guess they were close friends: Yehuda Glick is a Brooklyn-born Orthodox rabbi who built his career on pressing for Jewish prayer on Jerusalem’s Temple Mount; Amir Ohana is the first openly gay parliamentarian of the center-right Likud party and founder of its LGBT Caucus.


Yet the two men share an extraordinarily unique bond that began in earnest in 2014 when Glick was gunned down by an Arab would-be assassin, an attack he miraculously survived. After being released from the hospital, the death threats continued pouring in – yet the police declined to provide protection.

That’s when Amir Ohana, a relatively unknown LGBT activist from the southern city of Be’er Sheva and a former agent with the Shin Bet (Israel Security Agency), stepped in: he volunteered to be Glick’s personal bodyguard.

“I’m not a religious person, but I believe in freedom – and it was my honor to defend freedom,” Ohana, 40, explained in a recent interview with Tazpit Press Service (TPS) that took place, together with Glick, 51, in Ohana’s office in the Knesset, Israel’s parliament. “I don’t hold religious views but I can respect our legacy and our history as a people. What I want is for everyone to be free to pray wherever they want, and the Temple Mount is the holiest place for Jews.”

The Temple Mount, however, also houses the Al-Aqsa Mosque and Dome of the Rock complex – the third holiest site in Islam. The shrine has been a frequent flashpoint of the Israeli-Palestinian conflict, and tensions surrounding the site – in particular Palestinian claims that Israelis, including Glick personally, are “invading” and “defiling” the complex by visiting – are widely seen as underlying the most recent wave of terror attacks against Israelis.

Because of that tension, for the last several months all members of the Israeli parliament – Jewish and Arab alike – have been banned from visiting the holy site by order of Prime Minister Benjamin Netanyahu, head of the Likud party. And in keeping with the “status quo” on the site: Jews may visit sections of the compound in small groups, and only during designated hours, but are evicted if they attempt to pray.

Both Glick and Ohana strongly protest this policy. Glick has been perhaps the most visible advocate of Jewish prayer on the Temple Mount and, with his striking red beard, has become something of an infamous figure in the Arabic-language media and social networking platforms, where he has been caricaturized as a serpentine villain.

The hatred directed at Glick eventually led to his near-assassination and, later on, brought him together with Ohana – who is now, as chance would have it, his colleague in the Knesset.

The ‘Enemy of Al-Aqsa’

On the night of October 29, 2014, Glick was leaving an event at the Menachem Begin Heritage Center in Jerusalem. At 10:04 p.m. Mutaz Hijazi, a Palestinian from eastern Jerusalem, showed up on a motorbike.

“This guy stops right next to me on his motorcycle, wearing a white helmet and all black,” Glick recalled to TPS. “He says to me, in Hebrew, ‘I’m very sorry.’ I said, ‘What are you sorry about?’ I get close to him and he says to me, ‘You are an enemy of Al-Aqsa’ and he takes out a pistol and shoots four bullets into the center of my body.”

As Hijazi sped off, Glick staggered along with four bullets in his torso.

“My wife hid under the steering wheel. I saw that I was bleeding and – I have no explanation for this – I had no pain. I managed to walk maybe twenty yards, then I collapsed,” Glick said. “I heard Shai [Malka] say, ‘We just witnessed murder.’ He rips off my shirt and yells to me, ‘[Rabbi] Yehuda, don’t go! We need you!’ That was the last sentence I remember.”

Within a few hours, Israeli security agents – “Amir’s friends” in the Shin Bet, Glick says – discovered footage of Hijazi on the security camera from St. Andrew’s Scottish Church adjacent to the scene of the shooting. By 4 a.m. Israeli forces had tracked Hijazi to his family’s home in the Abu Tor neighborhood and, following a shootout on the roof, killed him.

Hijazi was a member of the Palestinian Islamic Jihad terror group, but a local official of the mainstream Fatah party also claimed responsibility for the “heroic act.”

“I knew there were threats, but I didn’t really believe that it could happen,” Glick said of his attitude before the shooting. “I also believed we have a democratic country and people don’t kill people because they have different views.”

‘A Zealot for Human Rights’

For all the fury he attracts from extremists in the Arab world, as well as from his left wing colleagues (one of whom boycotted his swearing-in ceremony at the Knesset), Glick also faces a backlash from rightist Israelis who recoil from some of his more liberal ideas – including his acceptance of non-Orthodox Jews, his criticism of an Israeli soldier who shot an already-wounded Palestinian terrorist, and his extensive interfaith work (which, according to Glick, was sparked by hours spent in his Bedouin .

Ohana, too, finds himself in the odd position of fending off attacks from opposing sides of the aisle. As he attended the Tel Aviv Pride Parade nearly two weeks ago, despite remarks from some of his right-wing political allies who have crudely likened the to parade to a celebration of bestiality, Ohana also received threats from some in the largely liberal gay community who despise his nationalist politics – so much so that the police, in a twist of fate, decided to provide Ohana with a personal bodyguard for the march. (The interview with Glick and Ohana took place before massacre at the gay bar in Orlando this past weekend and before the terror attack at Tel Aviv’s Sarona Market last week, at which Ohana happened to be present.)

“In Israel it’s quite unique. When you talk about right and left, unlike everywhere else in the world, you primarily talk about the Arab-Israeli conflict,” Ohana explains. “So there is no reason why a person can’t be right wing – and even, as I’m sometimes called, a hawkish right winger – and yet support LGBT rights, women’s rights, freedom of speech, everything that is considered liberal. We are a liberal national party.”

Remarkably, despite all their drastically different backgrounds and religious beliefs, Glick and Ohana seem to share this view. Both men seem determined to fight for issues beyond their own sectarian interests – whether it’s Ohana, the LGBT activist, protecting Glick’s struggle for the Temple Mount, or Glick, the Orthodox rabbi, irritating his base by supporting non-Orthodox women’s prayer groups at the Western Wall, for example, and even gay rights.

“I’m a zealot when it comes to human rights and respecting every single human being,” Glick boasts. “I think that every single person deserves rights. I mean it’s obvious, you know, we’re living in a democratic country.”

Does he, then, support gay marriage, an impossibility under the current Israeli arrangement in which marriage is governed by the Orthodox rabbinate?

“I support that he should have every single right he deserves,” Glick says somewhat evasively, pointing to Ohana, and referring to Ohana’s partner: “I know that he has a wonderful mate.”

Yet when asked why he wouldn’t attend the Tel Aviv Pride Parade, Glick replied: “I don’t see a problem with [going to the parade], but I wouldn’t go because other people might see me as a problem,” adding that he went to visit Shira Banki, a teenage girl stabbed by a Jewish religious extremist at the Jerusalem Pride Parade in 2015, while she was in the hospital. Shortly afterward, Banki died of her wounds.

Glick was sworn in to his parliament post in late May, following the resignation of former Defense Minister Moshe Ya’alon. As our interview ended, he decided to inaugurate his new office by placing the ritual mezuzah on the doorpost – a small box holding verses of the Torah which is thought to protect one’s home.

Ohana tags along to Glick’s new office, borrowing a kippa from an aide, and the two hang the mezuzah together.

“I protected you once, so I may as well finish the job,” Ohana quips.

Glick then declares that his office has a name. 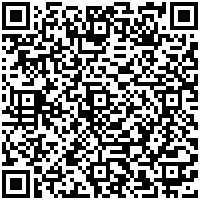