The 102 new immigrants all hail from the northeastern Indian state of Mizoram, which borders Burma and Bangladesh and is home to the second-largest concentration of Bnei Menashe in India after that of the state of Manipur. This marks the first time since Jan. 2014 that Bnei Menashe are making Aliyah from Mizoram. Seventy-two more immigrants will arrive on Thursday, Feb. 16. They all plan to settle in Nazareth Illit, Israel, which already has a flourishing Bnei Menashe community.


The Bnei Menashe are descendants of the tribe of Manasseh, one of the Ten Lost Tribes exiled from the Land of Israel more than 2,700 years ago by the Assyrian empire. So far, some 3,000 Bnei Menashe have made Aliyah thanks to Shavei Israel, including more than 1,100 in the past four years. Some 7,000 Bnei Menashe remain in India waiting for the chance to return home to Zion. 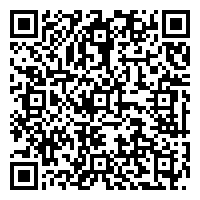