Floor to ceiling library-style metal bookcases filled the small apartment. They were crammed tight with books of various sizes, and scores of containers with years of Nechama Leibowitz’s beloved gilyonot – study sheets on the Parshat HaShavua.

I had carried a package for Professor Leibowitz up a flight of stone stairs and into her apartment. As we entered she repeated, “You really rescued me! You rescued me!” To which I thought: I rescued you?! You’re doing me a favor letting me help you!


It was a spring morning in the late 1980’s when I spotted Nechama Leibowitz coming out of the small neighborhood post office in Kiryat Moshe. I was hurrying down Rechov Shoshana on my way to work when I saw her with her signature beret tipped to one side, carrying an oversized parcel, wrapped in tan paper and tied with string.

I discarded thoughts of getting to work on time and approached her. “May I help you?” I asked in Hebrew. She took me in with her dark eyes. “Ken!” she answered, elongating the word. She cocked her head to one side and asked, “How do I know you?” as she handed over her package.

“I’m Jolie Lewis,” I answered. “I run the volunteer programs for overseas students at the Israel Center. You gave a shiur to my volunteers on motzai Shabbat Parshat Miketz. It was a fundraiser for a man who needed medical treatment.”

“Ah, yes,” she smiled. “I remember!” She asked if I would take a cab home with her and carry the package up to her apartment. Of course, work could wait. She hailed a cab going down Rechov Kiryat Moshe and we rode a short distance to her apartment one neighborhood over, in Romema.

I had been in awe of her since taking a course in Sefer Shmot with her at Hebrew University many years before. Getting a chance to give her a hand and spend a little time with her was, for me, a special honor.

Once inside, Professor Leibowitz directed me to set the package on her dining room table. She proceeded to bring out the longest pair of scissors I had ever seen. She cut the string and sliced through the wrapping paper. Opening the box, she produced a thick three-ring binder with an accompanying two-page letter.

She sighed and explained that one of her former students, now in the United States, had sent her the manuscript of a book he was writing. He asked her to review it and included a list of questions.

The hot water urn was on and she invited me to join her for a hot drink. Work could wait. I asked for tea. She made herself a cup of coffee. She set my tea on the table and took her coffee cup to the sink to add a bit of cold water. I can’t drink boiling hot tea, and I didn’t want to overstay my welcome waiting for my tea to cool. “May I please have a little cold water in my tea, too?” I asked. She turned towards me and replied, “Eem kafay zeh mutar, eem tay, zeh assur.” (It’s permissible with coffee, but for tea it’s forbidden.) She continued, “Just wait a bit. Have some vaflim.” (Vaflim are popular Israeli wafer cookies.) She brought out a china plate with the cookies and a clear glass bowl with the old Israeli equivalent of M&Ms.

She asked about me and my family. When I told her I was from Los Angeles she told me that from what she’d heard, many non-observant Jews there sent their children to Jewish day schools so they wouldn’t be exposed to drugs.

She asked me if I was doing any learning, and I told her that I attended a wonderful parshat hashavua class with an excellent teacher. Prof. Leibowitz had heard very good things about my teacher, but declared, “She should be teaching in Hebrew!”

The phone rang and she answered as I had heard she always did, “Nechama.” Her brother Yishayahu Leibowtiz was on the phone. He wanted her to have a copy of a book he had recently written.

I finished my cookies and tea and she thanked me all over again as I was leaving. “You really rescued me! What would I have done?” she asked. I, of course, told her I was happy I could help. I floated my way down the stairs and off to work.

Shortly after I was married, about two years later, a friend of my husband’s organized a week-long evening course on parshanut with Nechama Leibowitz in Jerusalem. My husband and I immediately signed up.

My husband had told me that when he lived in Brooklyn he attended a weekly Shabbat study group for a number of years. The group (all singles) met Friday nights after dinner in the winter, Shabbat afternoons after lunch in the summer. They used the Nechama Leibowitz gilyonot as their guide. He had never heard her in person and was excited at the prospect.

The course organizer asked if we could escort Prof. Leibowitz one of the evenings. We were thrilled to oblige.

We took a cab to her apartment our appointed evening. I ascended the familiar stairs, and Professor Leibowitz asked me to carry her briefcase down. When she entered the cab I nudged my husband to tell her about the Brooklyn study group. She, of course, knew that many people around the world studied with her gilyonot. But she did not know about his group in Brooklyn. She was so pleased to hear about it, but when she heard their discussions were in English she scolded, “You should have spoken in Hebrew!”

Next it was my turn. I reminded her of the time I helped her bring a package home. “I’ve been wanting to ask you a question,” I said. “Why did you tell me that I could put cold water into hot coffee, but not into tea?” I had thought it might be something kabbalistic or was connected to some obscure minhag or a halacha I didn’t know about.

“Nechama’s” yarhtzeit is the 5th of Nissan. She passed away on Shabbat, April 12th, 1997. Jews the world over remember her as a Torah great – a brilliant scholar, a fiery master teacher, and a role model. But I remember her also as a kind, down-to-earth woman who answered the phone “Nechama,” and who invited me in for tea. 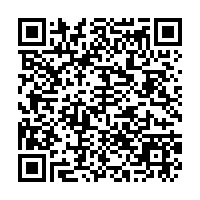