A 39-year-old Israeli businessman was among the 150 people killed when a Germanwings Airbus A320 plane crashed in the French Alps on Tuesday morning. Eyal Baum of Hod HaSharon was living in Barcelona and had been commuting back and forth to do business in Germany.

It was Baum’s family who had alerted Israel’s foreign ministry to his presence on the flight, having called to report that Baum, who had business in Dusseldorf, was scheduled to board the flight from Barcelona.

Tragedy struck as French air traffic controllers lost contact with the aircraft at an altitude of around 6,500 feet, where it crashed in a remote mountainous area between Digne and Barcelonnette, killing all 150 people aboard. Flight 4U 9525 was flying from Barcelona to Dusseldorf. Six crew members and 16 children were among the dead, officials said.

The low-cost Germanwings carrier is wholly owned by Lufthansa and has an excellent safety record with no previously reported accidents. The aircraft that crashed was 24 years old, however. One of the black boxes has already been found and was to be examined immediately, according to the French interior minister.

French police said search teams would stay overnight on site at altitude, and that it would likely take “days” to recover the bodies due to harsh weather, difficult terrain and snow.

The cause of the crash is not known; nor did the plane send out a distress signal, according to a report by the BBC.

Gilbert Sauvan, a member of the local council, told Les Echos newspaper, “The largest debris is the size of a car,” further deepening the mystery of why the plane went down without warning in reportedly good weather.

“This is the hour in which we all feel deep sorrow,” said German Chancellor Angela Merkel, speaking to reporters at an initial briefing. Merkel added that she intended to travel to the crash site.

So far, “There is no indication of a nexus to terrorism at this time,” U.S. National Security Council spokesperson Bernadette Meehan told Fox News. 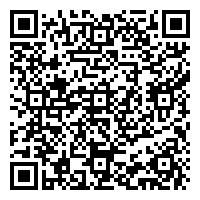