“Toras Hashem temimah” – The Torah, in all aspects, is perfect and complete. It need not bend or comply with any other system. In fact, since the Torah is the blueprint according to which the universe was created, other systems should be judged by their agreement with the Torah.

In recent years, however, Rabbi Moshe Meiselman notes that many unqualified authors have taken the liberty of challenging the classic mesorah of the Torah to accommodate the views of modern science. The authors are accused of relegating Chazal to a back seat in relation to modern-day scientific theories. Many of these authors, their critics charge, have introduced a radical new theology proclaiming that their view is the classic Jewish belief. Ultimately, this has caused much controversy over the Torah’s legitimacy.

There is one area of agreement, though, between sophisticated scientists and Torah scholars: attempts to make “peace” between the two sides. As methodologies of both science and halacha demand precision in the formulation and application of their respective principles, Rabbi Meiselman writes that “Consequently, both scientists and Torah scholars bristle when amateurs make assertions about their areas of expertise based on superficial contact with the sources.” It is for this reason that Rabbi Meiselman, rosh yeshiva of the Yeshivas Toras Moshe in Jerusalem, has authored the book, Torah, Chazal & Science (Israel Bookshop Publications).

Rabbi Meiselman is uniquely qualified to address the delicate topic of Torah and science. He was trained by outstanding academicians in a variety of disciplines – mathematics, philosophy and several of the natural sciences. Most importantly, however, he had unlimited access to his uncle and rebbe, Rav Yosef Dov HaLevi Soloveitchik, zt”l, who guided him in attaining a profound, thorough and Torah-true perspective on this topic. When reading this book, one will immediately notice the unique combination of vast Torah knowledge and extensive understanding of science from a sophisticated point of view. Those elements are brought to bear in this book.

One of the crucial aspects of the Jewish people’s belief, Rabbi Meiselman contends, is that the Torah was given by Hashem on Har Sinai and does not contain mistakes. The Torah is not a “primitive document,” and everything the Torah describes is absolutely truthful. Additionally, in this view, our mesorah of Torah She’be’al Peh is completely accurate. Therefore, to suggest that Chazal are full of mistakes has the potential to undermine our mesorah’s authenticity.

This new literature has disturbed many, who see it as radical. Conversely, many others oblivious to its danger warmly embraced its new ideas. Those concerned that this new thinking is dangerous have voiced their worries, while numerous others seem content with its unique approach. Torah, Chazal & Science was written for the benefit of both camps. Rabbi Meiselman satisfies both those who have been eagerly awaiting a proper response to the non-traditionalists as well as those unaware of the need for a response. Both can be satisfied with the sophisticated level of scientific expertise, coupled with a proficiency in Torah, which is apparent in this work. Thus, this book has the potential to unite Klal Yisrael pertaining to these issues.

Rabbi Meiselman begins Torah, Chazal & Science by explaining why it is that Chazal’s knowledge is superior to that of scientists – past, present and future. This is so because Chazal’s knowledge comes from the Torah. As Rabbi Meiselman writes: “The physical world is a manifestation of a completely separate underlying spiritual-metaphysical reality.” Everything occurring in our world, Rabbi Meiselman notes, is a reflection of realities and relationships existing there.This reality is not subject to change; accordingly all insights and conclusions derived from it are likewise immutable. Consequently, one who understands the spiritual world will also understand the resultant material world.

Moshe Rabbeinu and Shlomo HaMelech had knowledge of this spiritual world, and through this they understood the physical world in which we live. Chazal also had knowledge of this spiritual world, but on a lower level. Their definitive statements pertaining to the physical world were based on knowledge of this world, and thus carry all the authority of the Torah She’be’al Peh. Additionally, Rabbi Meiselman writes, it is for this reason that their definitive statements are to be held in a different light than those of scientists, which are based on mere speculation and experimentation.

Among the book’s goals is to demonstrate that there is no support in the classic sources for the approach that has recently surfaced, and to explain how it represents a deviation from the perspective that has been passed down throughout the centuries. In the book, Rabbi Meiselman examines many examples of how the chachmei hamesorah dealt with conflicts between Chazal and certain observable facts. His conclusion: Neither the integrity of the mesorah nor Chazal’s reliability was ever in question. One will come to the realization that Chazal’s mesorah and their definitive teachings represent absolute truth – even with respect to science.

One specific example this book elaborates on is the stincus marinus. Rabbi Meiselman delves into the approaches of the great Acharonim on this issue. The consistent guideline all of them followed was to never question or doubt the integrity of the mesorah. No one ever suggested that perhaps Chazal had erred. They believed instead that one needed to better understand the halacha or the facts. Regarding stincus marinus, the correct solution ultimately rests in better understanding the facts.

Another crucial issue addressed and supported in the book is that the Chumash’s narratives must always be taken literally and cannot be allegorized at will. While many Orthodox Jews believe that the Mabul actually happened and encompassed the entire world, recent literature has claimed that it was not a global flood, or that it was an allegory (that it did not actually occur). Rabbi Meiselman thoroughly examines all of this topic’s commentaries and demonstrates that such an approach has never been accepted by our mesorah, which clearly states that the Mabul truly took place. Accordingly there is no room for allegorizing this event, and to interpret this episode non-literally is to deny an integral part of our mesorah. Rabbi Meiselman scrutinizes from an intellectual standpoint if the suggestion that the Mabul was a local flood is kefirah.

Rabbi Meiselman believes that to the person who recognizes that the world has a Creator and Overseer, there is nothing irrational about supposing that He is capable of managing all aspects of the Mabul.The need to allegorize Biblical events does not stem from careful analysis and reflection. When one begins with the assumptions of the mesorah, careful analysis leads to a completely different set of conclusions.

Rabbi Meiselman studies several examples of the Torah teaching something that was contradicted by science, but science eventually proving that the Torah teaching was indeed correct. In fact the history of science is replete with examples of universally accepted principles, buttressed by multiple lines of seemingly independent proofs that later turned out to have been mistaken. As the Rashba says: “Science always changes, yet we [the Torah] always remain the same.”

From experiencing this outcome in many instances, Rabbi Meiselman writes, we should realize that although often throughout history some thought that Chazal did not understand the physical world, in fact Chazal’s view was based on a deeper understanding of the physical world far beyond the available information at the time. Therefore, he says, regarding other teachings that seem to contradict what science believes to be true, we should understand that the Torah’s view is of a deeper understanding of the world than what is available to science. Thus, Chazal’s statements should not be adjusted to adhere to science’s teachings.

One of the essential tasks that this book eloquently accomplishes is disproving the claims that in matters of science, Chazal were merely echoing beliefs prevalent in their time and that much of what they said is outdated and at times may be categorized as primitive or just plain silly. Chapter by chapter, Rabbi Meiselman analyzes and dissects each of the sources that the new literature cites as proof for their views. He clearly and profoundly explains them, exposing their lack of basis for their approach. He wonders as to their motives, but argues that one thing is clear: their distance from mesorah represents a lack of appreciation for the intellectual and spiritual stature of the chachamim.

One of the primary sources that the pro-science movement cites to make its case is Rabbeinu Avraham ben HaRambam. Rabbi Meiselman observes this controversial work and raises strong doubts about its authenticity. Other text sources used by the pro-science camp were vehemently opposed by all of the Acharonim and even ordered burned by Rav Yosef Karo, author of the Shulchan Aruch. Rabbi Meiselman’s in-depth analysis makes it difficult to accurately base a revolutionary new approach to Torah on these sources.

Rabbi Meiselman strongly believes that the confusion caused by the encounter with secular culture and science must be dealt with. He believes that it is not incumbent on anyone to give up the study of science and the attendant pleasures of exploration and discovery. Science can be studied and enjoyed, provided that one knows its proper sphere. The correct way to deal with the confusion, he asserts, is by allowing the true beauty and sophistication of the Torah to shine forth. He further states that we can no longer afford to give our tacit approval to the sophomoric literature that has been allowed to proliferate. They must be replaced by more mature and authentic writings.

Reading this book will strengthen one’s appreciation for the infinite wisdom of the Torah and Chazal. One will notice the manner in which Rabbi Meiselman humbly explains numerous Gemaras and other statements of Chazal portraying an awesome (and required) reverence for the incredible golden minds represented in Torah She’be’al Peh and throughout our mesorah. Having concluded this book, the reader will have come to the proud realization that in fact, “Toras Hashem temimah.” 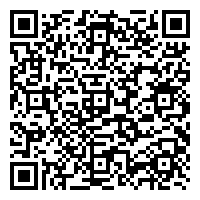