Rabbi Yitzchok Adlerstein is the director of interfaith affairs for the Simon Wiesenthal Center; a founding editor of Cross-Currents.com, and a member of the editorial board of TORA, a new organization which aims to provide an “authentic Torah viewpoint to the media.”

What books are currently on your nightstand?

Shaul Stampfer’s Lithuanian Yeshivas of the 19th Century, Yehuda Avner’s The Prime Ministers, and Yuval Levin’s The Great Debate: Edmund Burke, Thomas Paine, and the Birth of Right and Left.

Tanach (with a few thousand commentaries, including the Babylonian Talmud). Nothing else comes close.

Pretty voracious. In elementary school, the Hardy Boys and the Black Stallion series were favorites. As I got older, the classics kicked in, starting with Mark Twain.

Can’t get it down to one. But if I had to reduce it to the most crucial few, they would be the works of the Maharal of Prague and R. Samson Raphael Hirsch and Derech Hashem by R. Moshe Chaim Luzatto.

I sense more and more people with strong Torah background who are bothered by questions of the mission of the Jew and the Torah’s relationship to the larger world. I can’t think of a better place to go for insight in those areas than the works of Rav Kook.

As the director of Interfaith Affairs for the Simon Wiesenthal Center, you have been involved, and allied, with evangelical groups in combatting the secularization of America.  What books would you recommend to someone interested in this subject?

The works of Robert George at Princeton, and his students, including Ryan Anderson and Sherif Girgis. If we broaden things to include periodicals and websites, let’s throw in First Things magazine and thepublicdiscourse.com.

No one who knows me would be surprised by anything on my bookshelves.

How to Make Aliyah Without Stress.

I used to read fiction exclusively. Books like Crime and Punishment were full of insight into the human personality for me. As an adult, I just have been too busy to allow myself the luxury. It’s all non-fiction these days. Except for the New York Times, which may be closer to fiction than non-fiction.

The last one I put down prematurely was none of the above. The Choice to Be by Rabbi Jeremy Kagan is excellent and deep. I just found it too slow a read for me given that I do most of my reading just before nodding off at night and need something that doesn’t make my brain work so hard at that hour.

Meant to Be by Rabbi Marvin Hier. It successfully blends responsibility for Jewry on a global plane, complete fidelity to halacha, and humor.

The questions and format of this interview are modeled on The New Times’ “By the Book” column. 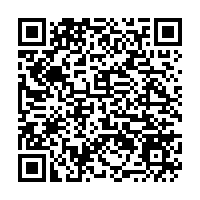