On July 8, 2006, the city of Abu Dhabi, capital of the United Arab Emirates, announced it had signed an agreement with the Solomon R. Guggenheim Foundation in New York City to build a 320,000 sq ft Guggenheim Museum on Saadiyat Island. Upon completion, it was planned to be the largest of the Guggenheim museums. Architect Frank Gehry is designing the building. Work on the site began in 2011 but was soon suspended. As of 2017, no completion date is available.

Now, according to Thomas Krens, the former director of the Guggenheim Foundation in New York, who brokered the 2006 deal, who spoke to the podcast In Other Words last week, the project is a no-go.


Krens admitted sadly that “it may not be such a good idea these days to have an American museum, essentially with a Jewish name, in a country that [hasn’t recognized Israel], in such a prominent location at such a big scale.”

How big a scale: “The Guggenheim Abu Dhabi made the Guggenheim Bilbao look small,” Krens said. “It was a gigantic project, and the word is that it’s still underway. It was supposed to open in 2012. To my calculation that was five years ago. The foundations and the footings are in, but who knows?”

So the main reason for the killing of this mind-blowing project is fear of retaliation by the local Islamic gentry against big buildings with Jewish names.

“When we were planning the Guggenheim Abu Dhabi, one of the biggest concerns was security, because we were right on the edge of the Persian Gulf, and so everybody’s imagination was water-borne terrorism, boatloads of explosives crashing into the museum and blowing it up,” Kren recalled. “You’ll notice on the plans there are these huge, they look like breakwaters, which are essentially concrete fences and walls that are planted in the ocean bed with chains through the channels that would not allow boats to come in.”

Nevertheless, The Art Newspaper on Monday quoted a spokeswoman for the Guggenheim, who insited that “at a time when greater understanding among peoples and cultures is especially urgent, the Guggenheim Foundation remains committed to the Guggenheim Abu Dhabi and its transformative potential as a catalyst for exchange and for expanding the narratives of art history.”

In fact, according to the same spokeswoman, “A team of curators based in New York and in Abu Dhabi has been actively developing a curatorial strategy and collection for the future museum. As we continue to work toward the museum’s opening, we are pleased to work with our partners, the Abu Dhabi Tourism & Culture Authority, on a range of ongoing initiatives in education, public programming, and professional development as well as the recent opening of the second exhibition from the Guggenheim Abu Dhabi collection, The Creative Act, in Abu Dhabi.” 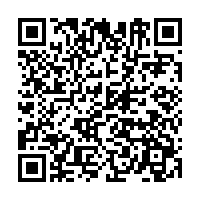