Franciska Kay, a Jewish singer/songwriter, wants her songs and her podcast to encourage other Orthodox women in the arts.

Born and raised in Russia, Franciska’s Jewish roots came from the classroom her parents created for her family and the community they built when they were sent to Moscow in 1989. Their mission was to enrich the Jewish religious culture there which was lacking at the time. A music aficionado from age six, Franciska began to incorporate Judaic texts into her original compositions when her mother assigned her Sunday class an artistic project to accompany what they had learned – and encouraged Franciska to create a melody as her piece.


As she grew older, she eventually found herself creating music for the megillot (she’s covered all except Shir HaShirim).

“When you create music, people want familiarity,” she says. “A lot of my music contains words that people know, leading to automatic recognition. The Torah is so meaningful – why compete and create something new when there is an amazing resource for lyrics?”

After graduating from Touro College, Franciska began a music career, releasing singles such as “ShiruL’Hashem” and “Kol Ha-olam.” As her audience grew with each song, she found that within the Jewish music space, there was something lacking: the voices of Orthodox women. Her solution? Draw more females to her music with the use of social media, especially those looking to pursue their own career in the arts.

“By using Instagram and Facebook, I can reach Jewish women and girls who don’t necessarily live in the mainstream communities,” she explains. “For girls to see that [music] is something frum women could do and that there is good music made by women is worth it to me. I feel like I’m doing what I need to do with music, and that it’s doing what it needs to do.”

As her career continued to flourish, Franciska ventured into new territory with the release of her most recent single, “Vezakeni,” a composition inspired by a very personal loss. “I went through a miscarriage,” she confides, “and it felt like there was a lot of shame that came with it. One of the things I heard people do [after a miscarriage] is honor the baby.” As music has been a constant for Franciska throughout her life, it made sense to turn to her passion in her most vulnerable time.

“After taking some time to heal, I thought, let me do something in my form of [music] expression and connection to Judaism – use the texts to honor the women and their families who suffer this pain or something similar.” Hence the birth of this very personal composition.

The music video for the single, available now, is out of the norm for the singer. Instead of performing for a camera, the storyline features Franciska praying over Shabbat candles while watching a little girl grow throughout the video. Scars appear on the singer’s face as the song progresses – a conscious and empowering detail she incorporated after interviewing designer Miriam Grunhaus on her podcast a year before.

“She takes this Japanese idea, called ‘kintsugi,’ that your scars are beautiful and your strength is because of what you go through. I loved that idea, and the director helped develop this idea into the video.”

Instead of choosing to hide her pain, Franciska took a difficult situation and found a way to shine a light on it to help women seeking to find solace within their hardest moments. “Here is this story of a woman who loses her baby, and once she has her baby, she’s still praying and hopes her child [will] grow up to be a good person.”

Aside from a music career that continues to grow, Franciska has found another audio format which she is using to create a new dialogue between Jews and the arts: podcasts. Inspired by a conversation she had with Rifka Harris, and various musical collaborations, Franciska decided to create a podcast to open a conversation for Jews who desire to have a career in the arts, a seemingly untapped market. “When you talk to artists and work with them, you realize we’re all fighting and doing the grind, causing miscommunication,” she says. “I thought everyone else was having an easier time than me.”

Titled The Franciska Show, the host merges music and religion by bringing prominent figures in media (her featured guests have included journalist Shoshana Keats-Jaskoll, singer Neshama Carlebach, and musician Simcha Leiner) onto the show, discussing their experiences in their fields and how they use Judaism to fuel their artistic expression.

“We’re all struggling with the same issues,” Franciska explains. “It’s so important to me to demonstrate that. It’s not just about the finished project on social media. It’s about their stories and their struggles. People who are listening to this are [either] established, aspiring artists, or interested in the arts. This podcast provides reference and access to real information,” she says, adding, “I’m trying to be somebody who represents the industry and brings value to it.”

Does Franciska know that her aspirations in media can be seen as an odd job for an Orthodox Jewish woman? Sure. But for her, it’s about being a voice for her fellow Jewish women and filling a void for those looking to become artists.

“My husband [said], ‘This is not something you can just shut off.’ It started with the music, but [that’s] not what gets me going in the morning. It’s about providing the opportunity, respect, and platforms for women out there today. I just keep doing what I’m doing until it becomes what it becomes.” 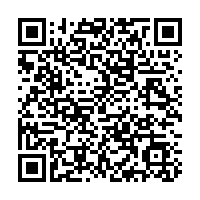