Dr. Michael Berenbaum is one of the world’s foremost experts on the Holocaust. From 1988-93 he oversaw the creation of the United States Holocaust Memorial Museum in Washington; from 1993-97 he served as director of its Holocaust Research Institute; and from 1997-99 he headed Steven Spielberg’s Survivors of the Shoah Visual History Foundation, which collected 52,000 testimonies in 32 languages. It would require 15 years – 24 hours a day, 7 days a week, 365 days a year – to watch them all.

Berenbaum is also the author and editor of numerous works on the Holocaust, including “Anatomy of the Auschwitz Death Camp,” “The Holocaust: Religious and Philosophical Implications,” and “The Bombing of Auschwitz: Should the Allies Have Attempted It?”


Berenbaum is currently the director of the Sigi Ziering Center for the Study of the Holocaust and Ethics at American Jewish University and consults for Holocaust films and museums.

The Jewish Press: On Yom HaShoah, the Washington Post published a speech delivered by FBI Director James B. Comey in which he said, “In their minds, the murderers and accomplices of Germany, and Poland, and Hungary, and so many, many other places didn’t do something evil. They convinced themselves it was the right thing to do, the thing they had to do.” Poland was outraged by these comments and demanded an apology. What’s your reaction?

Why do Jews, then, sometimes feel more intensely about Polish anti-Semitism than they do about German anti-Semitism? The reason is because we expected better treatment by the Poles – by people we had gone to school with, by people who knew us, by people who had bought in our stores. That expectation led to a feeling of betrayal.

Another point: Imagine returning home and finding somebody sleeping in your house and eating at your table. That’s an act of absolute betrayal and many survivors experienced that. Contrast that with the behavior of the Danes who protected and preserved Jewish property, and many Danish Jews who came back found a table that was set and food in the refrigerator. One is mentchlichkeit and one is taking advantage of the ill fate that befell your neighbor.

So I would say the Poles are less innocent than they would like to believe but also less guilty than many Jews emotionally feel them to be.

You wrote in 2013: “The easiest way to get booed by a Jewish audience is to tell them that President Franklin Delano Roosevelt’s record regarding the Holocaust is less vile than they have been accustomed to hearing.” Is it less vile? If yes, how so?

Let’s begin with lishvacho [praise] and then lignai [criticism]. Lishvacho: Roosevelt got America into World War II, prepared America to fight World War II, and did not allow Britain and the Soviet Union to go under when they were fighting the Germans alone. So you have to give Roosevelt enormous credit. Without America in World War II, Hitler would have triumphed. That’s not an insignificant accomplishment.

Regarding his record on the Holocaust, the most positive thing you could say is that Roosevelt was ungenerous toward the Jews. But if you’re ungenerous at a time of greatest need, you’re turning your back.

You are a co-editor of The Bombing of Auschwitz: Should the Allies Have Attempted It? What are your thoughts on why America didn’t bomb it?

June 11, 1944, the Jewish Agency held a meeting in Jerusalem under the chairmanship of David Ben-Gurion at which it voted not to request that Auschwitz be bombed. They said we don’t know enough about the situation on the ground that we should ask in the name of the Jewish people that innocent civilians be killed.

So that means as a historian you have to say – presuming for a moment that David Ben-Gurion was not an anti-Semite – that a non-anti-Semite interested in the Jewish question could as late as June 11, 1944 say we don’t know enough to request that Auschwitz be bombed.

Let’s follow the trail. July 7, 1944, Chaim Weizmann and Moshe Shertok – who later became Moshe Sharett – request of Anthony Eden that he bring to Winston Churchill a request to bomb Auschwitz. Now, you have to ask yourself the question: How is it that June 11, 1944, Ben-Gurion and the cabinet vote not to request that Auschwitz be bombed and July 7, 1944 – 26 days later – Chaim Weizmann and Moshe Shertok request that Auschwitz be bombed?

Two explanations are possible. One is that they acted contrary to instructions. The second explanation is much more interesting, and that is that something came to their attention which made the policy decision non-operative with such clarity that they didn’t need to have a [formal] meeting with minutes [to officially change it]. What could that piece of information be? It was the famous Auschwitz Protocols – what’s called the Vrba-Wetzler report – that was compiled in Slovakia and that gave a total picture of what Auschwitz was like, including maps.

That documentation did not reach the United States in its entirety until November 1944. By that time the gassing at Auschwitz had ended so the bombing would have been irrelevant.

For many people, Auschwitz has become something of a symbol of absolute evil. Some historians, however, point out that a Nazi camp like Belzec was arguably even more horrific, and the only reason relatively few people know about it is because almost no Jew survived Belzec to tell the tale.

I curated the museum at Belzec. Five hundred thousand Jews were killed at Belzec in 1942 – [almost] all of Galicianer Jewry. It did more damage per day than any other camp. There are only two known survivors. And only one of those survivors ever gave testimony.

Auschwitz was actually three camps: a prison camp for Poles, a slave labor camp, and a death camp. Belzec was only a death camp. There were three camps which had only death as its mission: Belzec, Sobibor, and Treblinka. To give you an idea of the statistics:

1) 500,000 Jews killed in Belzec, 10 months. One of those months they were reconstructing the place. Two known survivors.

You’ve been teaching on university campuses for several decades now. How do your non-Jewish students react to learning about the Holocaust?

More intensely than Jews. And the reason is because Jews already have grown up with it. You’ve seen the imagery, you’ve spoken to survivors. For many non-Jews, though, it’s all brand new – it’s a new horror – and the intensity of it overwhelms them. 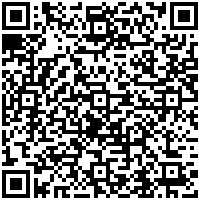