Have you read the blog Jewminicana? If you have, you are already familiar with Aliza Hausman, a recently converted Dominican-American blogger. She blogs about her childhood, upbringing, conversion, and a wide range of other topics. She and her husband, a semichah student at Yeshivat Chovevei Torah, also speak about life as a religious interracial couple.

Hausman’s conversion process began five years ago. She first became interested in Judaism when she was in junior high school. A Holocaust survivor spoke to the students in her school, and the idea of survivorhood resonated with her. The Jewish Press interviewed her about her decision to convert and about her blog (www.alizahausman.net), which has allowed her to help other people of color who are looking to convert to Judaism.

The Jewish Press: What was it about the survivor’s story that piqued your interest in Judaism?

Hausman: I think by the time I was 13 years old I was pretty sure I was not going to make it to my 18th birthday. Either my mother was going to kill me or I was going to kill myself. I came to school with bruises every other day that I had to hide. And this woman came in and told us that she had survived the unimaginable – unimaginable to most of my friends.

How did you relate to her?

To me it was like this is one person who I think would understand what I’ve been going through my whole life, which is basically being tortured every day by my mother. I thought, “You know, if she can survive, I can survive.” My initial thought was Jews can survive anything, and if I became Jewish, I’d probably survive too. It gave me hope.

What do you see as the main message of Judaism?

When I was Catholic, it seemed that we were focused on striving toward heaven. Everything on earth was sinful and dirty and bad. In Judaism I’m trying to bring heaven to earth. Trying to bring spirituality and godliness to everything I do.

Why did you start blogging?

I started the conversion process; I was 25 years old. Every Shabbat meal, someone would ask me, “Why are you in the conversion process?” One of my friends, Drew Kaplan, was a rabbinical student at the time and a blogger, and he said it’d be easier if I just wrote a blog. After Shabbos I could send people to the blog, and it would explain everything . A mission of my blog is to make people more sensitive. The first thing you say is “Hi and welcome,” not “Are you Jewish?”

Do you ever worry that being so frank in a public sphere could harm your husband’s odds of getting a pulpit?

I worry about that every day. You know, it’s been interesting. My mother-in-law’s friends read my blog. My husband applied for an internship and the rabbi read the blog. I guess I’m kind of lucky they liked the blog. It’s not always the case. I get hate mail. Everything from “You’re not being Orthodox” to “You’re not being Dominican.”

What do you gain from the experience?

I keep doing it because you get these letters from all over the world, and people are like, “Thank you for sharing that little bit of yourself with me,” because people can relate – from child abuse, converts, multiple identities; that’s why I keep doing it.

What topics do you cover during your speaking engagements?

The more I come into contact with other converts of color, [I find] a lot of them have had racist experiences. Jews have been blatantly racist to them or they’ve gone to a synagogue event and people have assumed that they’re the help or the janitor. My husband and I use sources, but [also] just telling people how difficult it is, coming in from a different religion, different planet, or how converts cope. We tell one story where a convert’s mother called her to her deathbed and asked that she convert back to Christianity. I don’t think people really understand that – how hard some converts have it.

In what ways do you see your Judaism benefiting from Dominican culture?

Food! I have chulent every Shabbos, but I also have rice and beans every Shabbos, a staple of Dominican culture, and plantains. I go out of my way to meet Jewish Latinos and find people that speak Spanish, because speaking and understanding Spanish is very important to me. I’ve been told by Jews who converted, “That was important, but shouldn’t be anymore. Hebrew is.” As if a person can’t speak more than two languages! Music. We played a lot of Hebrew music at my wedding, and I asked for salsa or merengue. A kosher caterer made Dominican food for our wedding.

Do you help converts find rabbis to work with?

It’s something I got into in the last couple of months. In the last year the RCA has reformatted how they do conversions. It’s interesting, and one of the hardest things is finding a rabbi. I talk to Rabbi Zilberman at the RCA and get as much info as I can, and go to him and ask him where this person from here with this situation can find someone to sponsor them and help them.

A lot of rabbis are turning people away and no longer want to be involved with conversion. I think I have way more contacts than they do, so I try to help them find rabbis, find people in different communities that they can connect to; other converts. I actually do that a lot.

How do you advise someone who is in the process of converting but struggling with aspects of halacha or the rabbi’s expectations of her?

I’ve been asked by converts how you reconcile women’s issues and feminism with Orthodoxy, how you reconcile homosexuality with Judaism. I’m very clear. I do believe there are things that can’t be reconciled. I don’t believe that you’re not going to struggle with things. The other day a convert asked, “How did you feel about giving up Jesus?” Very easy; I never took it up. I tell people to take it slow.

I got one convert who was like, “I want to convert; I’m not quite sure which movement.” I told him to look at what each stands for and the ideology. He decides first he wants to be Conservative. He has a fianc? – not Jewish, doesn’t want to convert. The Conservative rabbi says, “You have to promise to raise the kids Jewish.” Convert comes back and says, “How can I, if they won’t be because my wife’s not Jewish?” Next time he decided he was going to be Orthodox. How will that work, exactly?

What message do you give to people who are converting?

I don’t think I have a message. It’s very different dealing with someone who is a baal teshuvah and starting to learn, and this need to bring them in. But a convert is just running toward Judaism like a speeding train. I try to explain that it’s going to be hard, not always pretty, there will be issues usually with family and friends. But I think it’s pretty worth it in the end. 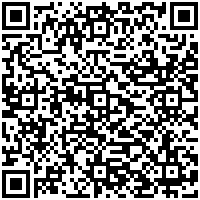