Rav Yitzchak Dovid Grossman is a legend in Eretz Yisrael, and extremely well known, loved and respected outside of Israel as well. His parents were the illustrious Rabbi Yisrael Grossman, zt”l and Rebbetzin Guta Peril Grossman, a”h, devout Karliner chassidim. Born in Meah Shearim, Yitzchak Dovid grew up in a home filled with yiras Shamayim and love of Hashem. Concomitant with that were tremendous amounts of love, care and kindness towards fellow Jews. One of ten children, Rav Grossman has countless memories of the chesed, the kindness, his parents did for others, including in ways that were often quite difficult.

He remembers, for instance, in the l950’s, his parents discussing the fact that many Yemenite children had been brought to Eretz Yisrael but were given only tents in muddy areas to live in. In addition to the physical problem of the living conditions, it was clear that if those children would remain where the government wanted to put them, they were sure to lose all traces of Judaism in a short time. So, filled with love and concern for his fellow Jews, Rabbi Yisrael Grossman brought thirty of those children to Yerushalayim and divided them up in different homes. Five of those children were welcomed into their own modest apartment, together with their ten chassidic children!


Growing up in such an environment, it’s not surprising that when the young Yitzchak Dovid married, he and his wife – who grew up in a Chabad home steeped in ahavas Yisrael – decided to make an extraordinary move. They packed up their few belongs and, together with their baby, moved to Migdal HaEmek, a development town in northern Israel which made headlines over and over again due to its exceedingly high rate of crime, drugs and delinquency. The Grossmans chose that most unlikely town to live in because the children and youth there were obviously in serious trouble, and Rabbi Grossman and his wife were eager to help. The Grossmans were greeted, if you can use that word, with suspicion and outright hostility. But, driven by their love and deep desire to help, the young couple stayed and, despite the tremendous difficulties, Rav Grossman did his best to reach out to the youth. Street corners, parks at night, and discotheques were some of the places he visited to make contact with the youth whom he loved, literally, as if they were his own children.

Gradually, the people he encountered and interacted with saw and felt his sincerity, his true, selfless concern and his ability to help them. This young rabbi was able to enlighten and inspire them to be better than they were, to discover their true inner beings and to bring that to light. And so, not only did he go to them, but soon they began coming to him, for they knew he offered them a life of meaning and accomplishment.

He began learning with a group of teens in the forest, and slowly those gatherings increased, until eventually even the toughest amongst them began to join and make changes in their lives. When people, in Israel and abroad, heard what was taking place in this notorious town, they realized that Rav Grossman’s potential was enormous and needed. And so it was that with their help, Migdal Ohr, a Tower of Light, was born.

Since its beginnings in the 1970’s, Migdal Ohr has grown tremendously. Today it comprises twenty educational institutions, from pre-school through high school. It includes classrooms, dormitories, science labs, computer rooms, carpentry facilities, sports facilities and just about anything else that can help a child fulfill his or her potential in the best way possible. Including, of course, a magnificent shul and beis medrash. “Of course,” Rabbi Grossman explains with love. “The pupils are children of the King of the universe! They have to get the best!” 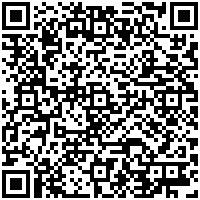