A week or so ago I was eagerly following the announcement of the Nobel Prizes for Chemistry and Medicine. I was anticipating hearing the name “Professor Marta Weinstock-Rosin, professor emeritus at the Hebrew University’s School of Pharmacy.”

To my disappointment, her name was not announced. Instead she received the Israel Prize for Medicine from Israel’s Minister of Education, Shai Piron, for developing Exelon, a blockbuster drug for the treatment of confusion and dementia related to Alzheimer’s and Parkinson’s disease.


Professor Weinstock-Rosin’s extensive research includes various other drugs that improve brain function and memory in patients with degenerative diseases of the central nervous system. Among them is Ladostigil, which she is developing with Professor Youdim of the Technion, the Israel Institute of Technology. During its development, Professor Weinstock-Rosin discovered that at low doses Ladostigil prevents brain degeneration and memory impairment in aged rats. The drug is now undergoing Phase II clinical trials in Israel and Europe for the prevention of Alzheimer’s disease.

Marta Weinstock was born in 1935 in Vienna, Austria, into an Orthodox Jewish family. In 1939, after her father’s arrest, the family decided to flee to England.  There, her father was taken into custody again because he was a citizen of Austria, an enemy state! Marta’s mother found it very difficult to provide for Marta and her siblings without an income and profession and not knowing the language.

Marta attended school, eventually graduating with a B.Sc. and a Master of Science at the University of London, followed by a Ph.D. in pharmacology at St. Mary’s Hospital Medical School. Although suffering from prejudice, Marta became a lecturer in pharmacology at the University of London, and even received a grant from the National Institute on Drug Abuse for her research on the mechanism of action of opiates.

In London she met her husband, Professor Arnold Rosin, a geriatrician, and in time became a mother of three. In 1969 the Weinstock-Rosin family moved to Israel. Professor Rosin got a position in a hospital in Rechovot, while Marta started to work in Tel Aviv University, and gave birth to her fourth child.

In time Marta Weinstock-Rosin moved to Hebrew University where she became a professor in 1981 and head of its School of Pharmacy in 1983.

Now the professor couple have twenty grandchildren. Arnold Rosin, head of the Department of Geriatrics at Shaare Zedek Medical Center, was honored with “Yakir Yerushalayim” for his lifetime work in the management of Alzheimer’s care, among other achievements in gerontology and geriatric medicine. Israel Prize awardee grandmother Marta continues her research on Rivastigmine or Exelon, which in 2006 became the first product approved globally for the treatment of mild to moderate dementia.

The cure for Alzheimer’s and the Nobel Prize, I believe, beckon in proximity. 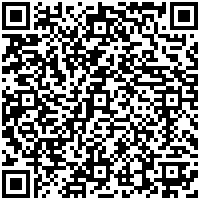