Arrival of the Carlebach Family in Brooklyn in 1939

On February 4, 1939, Rabbi Naphtali boarded the RMS Queen Mary from Southampton, England, and arrived in New York on February 9. Shortly thereafter, the rest of the Carlebach family set sail on the Queen Mary on March 18 and arrived in New York on March 23, 1939. Reportedly, the captain informed them: “Now you don’t know what a miracle it is that you are on my ship, but one day you will know.” In September, half a year later, the Nazis invaded Poland and no more ships took refugees to New York. This narrow escape left a profound impression on Shlomo that was later to shape his life career.

The Carlebach family settled in Williamsburg, Brooklyn, renting an apartment for $43 a month on 163 South 9th street. R. Naphtali was hired as rabbi of the Young Israel of Crown Heights on Eastern Parkway, and his total net salary for the 30 weeks that he worked in 1939 was $750. R. Naphtali suffered from a heart condition, and his wife Rebbetzin Pessia helped support the family, earning money as a bookbinder.

Shlomo spent his teenage years studying in the haredi yeshiva, Mesivta Torah Vodaas, in the Kensington neighborhood of Brooklyn. There he was influenced by Rabbi Shlomo Hyman (1892–1945) who had come from Vilna in 1935 to teach at the yeshiva. One day in 1942, Rabbi Aharon Kotler visited Torah Vodaas. With the encouragement of R. Shraga Faivel Mendelovitz, principal of Torah Vodaas, R. Kotler began planning a kollel program. He chose the small resort town of Lakewood, New Jersey, outside the bustle of New York, as an ideal place for intensive full-time Torah learning. A building was found on 617 6th St. The program began in April 1943, shortly after Pesach, with fourteen students, some of whom had known R. Kotler from his days teaching in Kletzk in Poland. Shlomo and his brother Eliyahu Chaim, aged 18, joined this first group. Shlomo learned for six years with avid enthusiasm. In later years, Reb Shlomo recalled:

When I was in yeshiva, I was learning so much, that not only did I not buy a newspaper; I didn’t even look at the headlines! I didn’t want anything in my head but the Torah.

Chazkel (Charlie) Roth visited Lakewood and saw the Carlebach brothers studying: “Then, it was Reb Eli Chaim who joked around and always sang niggunim, while Reb Shlomo was quiet and studious.” Shlomo was considered “one of the most promising young Talmudists in the country and pronounced an illui, a Torah genius, by R. Aharon Kotler.” It is reported that a particularly brilliant classmate, Willie Low (Ze’ev Lev), stated that there were only two students in Lakewood at the time who understood R. Aharon Kotler’s class – himself and Shlomo.

…Shlomo’s disciples often stated that not only was he an outstanding student and protégé of R. Kotler, but that his mentor viewed him as his potential successor. The story is told that the Lakewood Yeshiva students had a hard time following Rabbi Kotler’s discourses and understanding his Talmudic references. Shlomo would summarize and review the class for them. According to one report:

Once a week the top class in the Mir Yeshiva would come from Brooklyn to listen to the discourse of Rabbi Aharon Kotler. It was not easy to follow the sources and reasoning, but after the class was over, there was one person who would explain and review the class for everyone else. This was Reb Shlomo.…The learning under R. Kotler established a chain of tradition for Shlomo which enhanced his reputation as a standard bearer of Orthodoxy even when he was ostracized because of his maverick style. 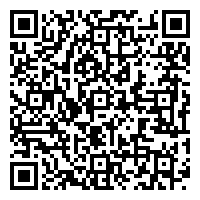