Rabbi Hanoch Hecht took home second place when competing on “Chopped,” a national cooking television show on the Food Network. However, if you’d ask the rabbi, he’d tell it differently. “I don’t look at it as second place,” Rabbi Hecht quipped. “Although I did not leave as a ‘Chopped’ champion, I did leave as a winner because I accomplished my goals of talking about kosher and representing Judaism in a dignified manner.”

The episode, titled “Leap of Faith,” had the rabbi facing off with a priest, a nun-in-training, and a pastor for the coveted $10,000 prize. Rabbi Hecht’s great Jewish spirit was apparent from the moment the show began. Donning his bright red kippah, the rabbi sprinkled words like “gut meshuage” and “oy vey” as generously as he sprinkled paprika on his first dish. He even burst into a hearty rendition of Hava Nagila while the judges amusedly looked on and later harmonized with competitor Pastor Areli, for a spirited performance of Heveinu Shalom Aleichem. Lest you think it was manufactured for the show, Rabbi Hecht assured me that he had not been asked by the network to “play up” being Jewish; it was all completely authentic.

In each episode of “Chopped” four contestants compete in three rounds to create an appetizer, entree, and dessert. Following each round, the judges critique the dishes and, as the host Ted Allen announces: “If your dish doesn’t cut it, you will be chopped.” This goes on until there is one winner remaining. But there’s a twist. The chefs are given unusual mystery ingredients and must prepare a cohesive meal.

When cooking his meals, Rabbi Hecht faced the significant disadvantage of not being able to taste any of his food. However, as is our nature, he learned to adapt, relying on his senses of sight, smell, and touch. When that wasn’t enough, he turned to his fellow competitors and asked one of them to be his taste tester.

Luckily for Rabbi Hecht, the show was extremely accommodating, providing him a private room to daven Shacharis, purchasing new pots and pans, and ensuring that all the mystery ingredients were kosher.

Prior to entering the competition Rabbi Hecht knew he wanted to create traditional Jewish meals. “I felt that I had to show the world not only kashrus, but Jewish cuisine as well – both Ashkenazic and Sephardic.” Rabbi Hecht followed through on all three dishes, creating kosher salmon as a stand-in for the traditional fish served on Shabbos, lamb and rice with a home-made relish he calls “Rabbi’s Heat,” and rugelach with candied tzimmes. Though the judges had good things to say about the first two dishes, it was Rabbi Hecht’s dessert that shined. In fact, judge Geoffrey Zakarian declared it was the best dish Rabbi Hecht had made all day.

Even the judges had to admire the confidence that Rabbi Hecht seemed to exude on the show. In fact, he did not practice prior to filming and was not in the least fazed by the cameras or the time constraints. “When I start cooking I tend to zone out,” he explained. He also later remarked that he did not feel outnumbered by all the Christian clergy. “They should have been threatened by one rabbi!” he joked.

Rabbi Hecht retained a permanent smile on his face from the moment he opened the first basket through his elimination at the end of the show. He was hopeful when coming on and had a great time participating. “Intense and exciting are the two ways I would describe it.”

It was no coincidence that Rabbi Hecht fared so well in the competition. Aside from his endurance in the face of obstacles, he is an experienced chef who cooks for his congregation and his family. Rabbi Hecht also gives a course at the Culinary Institute of America dedicated to teaching the intricacies of kosher to future chefs who may not be familiar with all the details. Going on “Chopped” was a great way to expand his kosher course to a wider audience. Hopefully, the viewers learned a thing or two about kosher beyond the widely-known “Jews don’t eat pork.”

Rabbi Hecht’s famous “Six-Minute Rabbi” classes gave him an edge as well. He likes to describe it as a way to give quick personalized Torah classes to individuals in an era of 140 characters. The skill of condensing a large amount of information helped him pack an hour’s worth of cooking in the thirty minutes provided.

After filming, the rabbi, who is not good at keeping secrets, had a difficult time not divulging his standing in the competition. It was only on June 21, when the show was broadcasted, that he could finally discuss it. Rabbi Hecht went all out, hosting a lavish screening party in the Edison Ballroom in Manhattan. The night started with drinks, appetizers, and plenty of mingling. After a brief introduction by the rabbi, the show began. The audience was captivated, laughing at all his jokes and mannerisms, cheering when the judges were complimentary, and guiltily cheering when another chef would slip up. When the show ended and it was clear Rabbi Hecht was not the “Chopped” champion, the audience began shouting: “He let her win!” “He was robbed!” and “Why are the judges complaining that he made too much food? We’re Jews! We eat a lot!”

However, Rabbi Hecht concedes that the judges were fair and his competitor put up a fierce battle. “The judges were honest and kvetched the right way.”

Being the runner-up is still a big feat for the rabbi who wasn’t sure he would even make it past the first round. In the end all he really needed was a leap of faith.

Since competing on Chopped, Rabbi Hecht has received numerous calls and emails asking for the recipes he used on the show. Here they are, flavored with a Chassidic story…

I’ve heard this story numerous times since childhood, and it has always fascinated me.

Reb Yakov Yitzchak was visiting Mezritch for the first time. He was still a very young man, not yet renowned as the Chozeh of Lublin, and his intention was to study with Reb Dov Ber, the famous Maggid of Mezritch.

He arrived Friday afternoon and made his way to the kitchen, telling those preparing the Shabbos meal, “Please excuse me, I’m accustomed to personally preparing the fish I’m to eat on Shabbos…” He then salted a single piece of fish and went his way.

Those who witnessed this strange behavior were incredulous. What made him think this particular piece of fish would be served to him? Obviously, it would be cooked together with the rest of the fish and served by the waiters to those at the Rebbe’s table! They dismissed the callow newcomer’s action as bizarre or, worse, pretentious.

One of those present was a young man known as Zalmanyu, who would later become known as the famous Shneur Zalman of Liadi, the author of Tanya. Out of curiosity, he tied a thread to that chunk of fish, in order to later trace it to its precise destination at the Shabbos table.

Later, that night, Zalmanyu watched the waiters closely. Sure enough, the marked piece was served not to Yaakov Yitzchok, but to a stranger seated to his left. No sooner did the stranger take a piece of fish than he was overcome by a feverish trembling. Unable to eat, he pushed his plate aside – right in front of Reb Yaakov Yitzchok, who duly ate it.

That is how Zalmanyu removed all doubts as to the stature of his new colleague.

Slice onion and fry in skillet until translucent.

Dice garlic, slice peppers and tomatoes and add to skillet.

Cover and let simmer for 10 minutes.

Add salmon and cook for 30 minutes, basting every 5 minutes.

Carrots, in Yiddish, are called merren, which also means “to increase.” Jewish tradition teaches that the name of something relates to its essence and for this reason it’s a time-honored custom to eat merren on Rosh Hashanah, the Jewish New Year.

The very fact that its name connotes increase makes it auspicious to eat carrots during the New Year, as it represents an increase in good things for the coming year.

Peel carrots and boil in simple syrup until tender.

Slice figs in half and caramelize in a pan 4 minutes on medium heat.

Once tender add the carrots to the figs.

Add butter and sprinkle a tea spoon of brown sugar.

Candy carrots for about 4 minutes and you are ready to serve.

All photos courtesy of The Food Network

In Strongest Showing, Trump Fails to Bridge Gap with Women 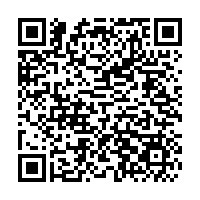