The Breslover chassid in silver embellished traditional Yerushalmi dress tosses his partner into the air and watches him somersault as easily as you walk. Seconds later, the two men are balancing bottles on their heads and spinning in circles. You are watching Nachman Levi-Alshich and Shimon Elbaz – the Yerushalmi Dancing Acrobalancers. If you look closely, you may catch a flash of sudden pain in Shimon’s eyes. But it isn’t likely, Nachman and Shimon are on a mission to bring the sparkle of joy into the darkest of places.

Tricks of the Trade and Terror


Shimon, the second child in a family of eleven children, grew up in a two-room apartment in Meah Shearim until 1996, when he was six years old and the family moved to one of the newly flourishing communities on the outskirts of Jerusalem. From the word go, he was a fireball of energy packed into a lithe body. “My mother knew that I spent my free time climbing all over the half-finished buildings that were sprouting around us, but she couldn’t keep me still,” Shimon says. “At the age of six I was practicing balancing fire torches on my nose.” One of his rabbeim in the revered Etz Chaim Yeshiva taught Shimon more than Torah – Shimon learned to steady himself on a chair balanced on the rebbe’s teeth. However, not all rabbeim were as warm. Of Moroccan descent, Shimon received his unfair share of discrimination in the Ashkenazi milieu. Shimon pauses and then shares another memory. While food wasn’t plentiful at home, it was hot and spicy. In contrast, the food served at the yeshiva was traditional, bland Ashkenazi food. “Every day, my mother would give me a shekel and I’d buy three pitas to see me through the day,” he says.

As Shimon continues speaking about his childhood, the sparkle that lights his voice dims further. His first brush with terror came when he was six years old and a car with an Arab driver drove into him. Subsequent brushes didn’t hurt his body, but left psychological scars. In the 1990s, the Etz Chaim Yeshiva, still situated on Rehov Yaffo, shared a common wall with the Machane Yehuda fruit and vegetable market. The Second Intifada brought terror into the market and into the full view of the students. In 1997, two consecutive bombings claimed the lives of 16 and wounded 178. “I saw the dead, parts of bodies scattered along the shuk paths. I was eight years old and I had to travel by bus from our neighborhood across town to the yeshiva. I was terrified every time I saw an Arab board the bus,” says Shimon. A year later, three days after Shimon’s birthday, a car bomb exploded at the shuk entrance. Two years later, another car bomb. And in 2002, another attack came. Seven people died and 104 were injured. Once again, Shimon was a witness.

Thankfully, Shimon’s interest in acrobatics was the positive outlet he needed. It was only natural for him to gravitate towards Nachman, also from a Breslover family, and his agile friends. Nachman, five years older than Shimon spent every recess in the grassy parks around Jerusalem practicing every acrobatic act they could think of. The leapfrogging, somersaulting boys became a well-known attraction at Breslover weddings. “Even though Shimon was much younger than me, I’d encourage him and even let him join in,” says Nachman. When Nachman’s friends lost interest in performing, Shimon moved in to fill the gap. “Seventeen years ago there was no way for two yeshiva boys from Meah Shearim to learn from anyone else. We used our imagination and pushed ourselves to develop our own acrobalance acts,” says Nachman. Acrobalance, essentially a blend of amazing acrobatics, perfect balance and partner lifting, requires copious amounts of concentration, balance, agility, motor coordination and proprioception (being aware of where the parts of your body are relative to each other and knowing how much strength is needed to make a movement).

In 2006, the boys, cavorting and gamboling at the kever of Shimon HaTzaddik near the Old City, got a lucky break. Seasoned Yerushalmi wedding dancer Yanki Zucker came to daven at the kever on the day of his son’s wedding. Yanki’s performer eyes lit up and he invited them in no uncertain terms to come to the wedding that night. It was the beginning of relationship that spans much more than acrobalance and traditional Yerushalmi dancing. Yanki became a beloved mentor and even a father to the boys. “We spoke a lot about joy,” says Shimon. “Yanki told us that at any celebration, it’s important to pull anyone standing on the periphery into the circle when you’re dancing. It may seem obvious, but there’s a deeper lesson hidden here. Joy doesn’t happen on its own; it’s a place that you work to put yourself in.”

From Yanki, Nachman and Shimon also learned the traditional Yerushalmi Bottle Dance. The dance, adopted and over the years adapted from the Druze community in north Israel by wedding dancers like Reuven Krishevski, has become as part of Yerushalmi culture as the kadatchke. “Wedding guests love the dance not only because it requires skill, but because it’s a throwback to the grandeur of the past,” says Nachman.

More than a Job

Over the last more than seventeen years, Nachman and Shimon have performed in Israel, Antwerp, Moscow, Kiev, and Frankfurt at thousands of weddings, bar mitzvahs and camps. They have performed for the sick, the elderly and on stage with celebrities like Avraham Fried, Mordechai Ben David, Yaakov Shwekey and Lipa Schmeltzer. Wherever they perform, the goal is the same: to make you smile and dance so that even though your two feet remain on the ground, your heart is soaring through the air. “We’re powered by a mixture of inner joy and adrenaline and the audience is able to tap into these positive feelings,” says Nachman. “We need to trust each other totally so that we don’t get hurt. When we perform there’s a strong feeling of achdus between us. After all, we have to trust each other totally or else we would not be able to take the risks that we do. This feeling is so strong that even the audience feels it and becomes united,” says Shimon.

“There are countless stories that I should have written down,” says Shimon. “One night, we were about to perform at a wedding, but there was a misunderstanding. The kallah raced out of the hall and refused to go back until we managed to convince her that we’d put on such a performance that would have everyone smiling again. Another time, I was already in bed when someone called me and told me that across town a bar mitzvah boy orphaned from both parents was sitting at the head table by himself. Nachman and I raced over by motorcycle. We somersaulted through the air, balanced on each other’s feet, shoulders and thighs, and danced until the boy was so happy that he jumped up to hug us.”

Acrobalancers learn how to concentrate so intensely that the crowd virtually disappears from sight. “All that remains is you, your partner and the balance you need to maintain,” says Shimon. And yet despite this singlemindedness, you never forget who your audience is. “When we perform in front of those who are suffering, I can feel the tears in my eyes. The fact that we can, in some measure, alleviate their pain for a short time, brings me tremendous joy,” says Shimon. “Sometimes, I would ask Hashem to have mercy on me and my family. I would pray that the merit of bringing joy into the lives of people filled with pain would protect us. But Hashem wanted things to be different.”

In 2010, Shimon married Ayelet, the daughter of one of the philanthropists supporting the yeshiva he was learning in. The couple made their new home in an apartment above the yeshiva and it wasn’t long before they welcomed a beautiful baby girl into their lives. Naomi, with her blonde curls and blue eyes, charmed everyone who knew her… especially Shimon who would spend hours playing with her. “Everyone wanted to babysit for her and my father would call every day to speak to her even though she wasn’t his first granddaughter,” Shimon says. At two-and-a-half years old, the clever child was already saying Shema, the brochos and Asher Yatzar. She was also singing popular songs by singers like Shuli Rand. “She knew all the words perfectly,” says Shimon.

Five years ago, just before tragedy struck, Naomi had taken to singing Aharon Razel’s song Veani kavati et moshavi bebeit hamidrash (I’ve set my place in the beit hamidrash). A week or two later, Naomi got hold of and swallowed poison. Shimon rushed up from yeshiva where he had been learning and carried his daughter down. Hatzolah arrived. In the beit medrash of the yeshiva, they tried to resuscitate Naomi, but it wasn’t to be. “I often think about Naomi and the song she was singing during the last weeks of her life. I don’t believe it was coincidental,” Shimon says. His voice is full of pain, but it is strong.

“When we lost Naomi, I reached a crossroads. I had to decide if I was going to continue bringing joy to others or allow my pain to overwhelm me. You never recover from losing a child. When we recite the Shema and say the words bechol nafshecha, we have in mind that we are prepared to love Hashem even if He takes our soul. When your child is taken from you, it is as if you have lost your soul. But you can choose to believe that Hashem will give you the strength to live with the pain. Hashem helped me to continue, to believe that if I could carry my pain and continue bringing joy to others, He would bring joy back into my own life.” Shimon pauses. “There is something very powerful about a shattered soul finding the will and the strength to bring joy and happiness to other broken souls,” he says.

Shimon is thoughtful when I ask him to tell me about the duo’s most moving performance. “It took place in a senior’s home in Moscow, where some of the residents were Holocaust survivors. The elderly people were so moved and grateful, but they didn’t know how to say thank you in Hebrew. Three elderly ladies found their own way: they came up to us at the end of the show, held hands and bowed,” says Shimon.

It seems that the Yerushalmi Dancing Acrobalancers have found the perfect balance…the ability to acknowledge pain and hurtle beyond it to a place of joy. So if you’re looking for entertainment that nourishes your soul, here’s the place to find it. 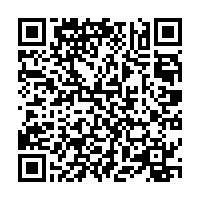