I grew up calling my own parents Mommy, Ma, Mom, Daddy, Dad, Pop, then Dad again; the term depended upon my age. I did use Ma with a terrible whine when, as a teenager, I was trying to be manipulative. I thought it sounded “cool,” long before cool was in, to address my father as Pop. Some of my friends actually used the formal Mother and Father all the time; I liked being familiar and thought it was both cute and clever at the time.  My mother called her mother Mama and I thought that really sounded old-fashioned, just like Papa for her own father.

I tried Gramps for my grandpa, but it lasted about as long as when I put an “s” on Pop and made it Pops – sounded like an abbreviation for a popsicle stick from the Good Humor vendor.


When I was twenty, I buried my father and wept Daddy to his silent ears. At twenty-two, I married.

What should I call my husband’s mother who was a dominant and rather unpleasant person? How could I use the word Dad again on anybody? My own parents never humiliated me or laughed at my whims, always encouraged me to become independent, made me feel safe in a space where I-told-you-so never existed. Was it possible to use special names, reserved just for them, on strangers?

Dad. He rubbed oil on my five-year-old body so my skin wouldn’t dry at the beach. He let me walk on the curb pretending it was a balance beam. He gave me ice skates with a single runner and made me feel confident I could balance myself, just as he had with a two-wheeler bicycle minus training wheels. He listened as I spoke, drove me to 9th grade clubs and parties, remembered stationery colors I specifically wanted, took me with him to buy petunias. He showed pride when he took me to college for the first time, and he insulated me from ugliness. He didn’t live to see me all grown.

Mom. Talented superwoman before superwomen existed. She juggled her days having children home for lunch until the last went to high school, but made her chores seem easy. She moved in and out of roles with the same simplicity, becoming active in the community yet always being home. With her, I played duets on the piano, sewed, whispered fears, shared dreams. With her clothes, I played dress-up – I liked the smell of garments that had been on her body. I could be and do anything; she promoted, and opened, areas of learning.

Maybe I could just clear my throat when I’d need to communicate with my in-laws, like in a movie: Ahem. No. That certainly wouldn’t work when the phone rang and I had to respond.  Maybe Mr. and Mrs. would be okay. My husband would say Mother and Dad and I’ll say the formal title. Fine. But how will that sound to our own children?

Since my mother-in-law couldn’t choose a bride the way she’d selected my spouse’s socks, I knew I’d have to show her I could be a daughter in some sense of the word. I also knew my husband and I would have to act as a unit forever for both ourselves and future children. Mom. Inside I put it in small letters like a T.S. Eliot poem. She’d be mom… I’d have only one MOM, the person who gave birth to and raised me. I mustered up my Stanislavsky method of acting, studied in a college drama course, and said it so it sounded like Mom; its mom in small letters was hidden from view.

“Dad” was painful. I liked my father-in-law with his wit and sense of humor, but my parent was lying beneath a granite headstone and I wanted him to know he could never be replaced or forgotten. Had I a choice if I was to call my mother-in-law mom? My throat felt that awful choking sensation it gets when tears are contained that really need to be spilled. I said Dad. Oh, Daddy, I really wanted you to live. But I used the term Dad for another.

Twenty-nine years after my wedding, my oldest son took a bride. It had become commonplace in our circles to use first names, or even keep formal titles; should I instruct my daughter-in-law in a form of address I want? Was I ready to deal with this problem?

I handled it the way I personally handle most dilemmas: in writing.

I penned: “For 29 years, so far, I’ve referred to my mate’s parents as mom and dad. This has pleased my husband, carried out my mother’s advice, been an example to my children that their dad and I together form a whole. So, please consider our request that you refer to us, new daughter-in-law, as parents.”

Was this nerve? Did I have the right to put pressure on her? Was I diminishing her adulthood? Was I putting her on a guilt-trip with this request that was almost an order?  I played with the plain white paper as if it were ready to be made into a boomerang to sail across a childhood classroom. Mail it or not was like the daisy that got plucked with words “she loves me, she loves me not.” I mailed it.

With two living parents that were Mom and Dad, she must have felt a bit of what I went through nearly three decades before. I needed to actually tell her why I felt so strongly about names. Mustering up courage, I did.

I explained that I’d rather not have my son call me anything but the familiar word he’s spoken since babyhood. What had that to do with her addressing me by my first name?  Well, I explained, that would be awkward as we weren’t peers and I didn’t want to be equals with her and different with him. Whew. That wasn’t too hard, once done. Why not the correct formal title Mrs., she wondered? I truthfully replied that our son’s term would be privileged and then hers would isolate us as it’ll sound detached. My mate and I are comfortable with Mom and Dad, and we wanted her to try it out.

I honed in on a sensitive spot when I acknowledged her anxieties about just altering her signature, as I understood her identity being tied up with her maiden name. I didn’t want her to lose any more labels that defined who she’s been. Asking her to just think about the situation after hearing my side, and sharing with her why my maiden name is the inner me forever too, caused her tiny hand to reach out and touch my fingers as her lips parted Mom.

Having borne three children, I used that letter twice more…. with the same results.  And my married grandchildren’s spouses call me Bubby, and I didn’t have to ask. 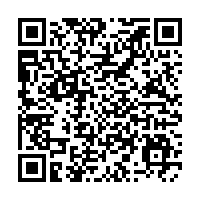