On January 18 of every year, Dugo (Avraham David) Leitner, age 86, treats everyone in the vicinity of the Zanani Felafel store in Ashdod to a falafel. January 18 is the anniversary of the day he began a death march from Auschwitz-Birkenau. Dugo’s life story is documented by his daughter Zehava Kor, a popular book writer in Israel. The book is called, Dugo: The True Story of David (Dugo) Leitner.

Dugo lived in a town in Hungary as difficult to pronounce as the sweet confections Hungarians are famous for – Nyieregyhaza. When Dugo was 14, the Nazis invaded.


“Courageous readers can go ahead and read the terrible story of what happened to me when I was a boy,” the book begins. “Whoever doesn’t have the courage can read a little bit and then close the book, go to the kitchen and take some ice cream out of the freezer.”

Not your typical Holocaust narrative.

“Wasn’t it enough that I was an orphan – did I have to be sad as well?” is the subtitle of the book and the motto of Dugo’s life.

In Dugo, Zehava Kor tells her father’s story in his voice that is lighthearted and profound, humorous and poignant, down to earth and full of faith, brave and equanimical in the way only Hungarians know how to be.

Dugo got two numbered tattoos; the first was given and erased, but never disappeared.

“There was a two-for-one special,” he quips. His second tattoo, from Birkenau, was B14671. In gematria that’s 19, the same gematria as Dugo and as Zehava. His first number was B12042. That gematria is 9, which when added to 19 equals 28, the gematria for koach – strength.

And Dugo showed incredible strength, born out of a determination to survive, because his father told him he must.

Dugo’s story is one of optimism and humor, tragedy and introspection. If you can imagine a combination of Viktor Frankl, Roberto Benigni and Ephraim Kishon, you’d have some idea of the kind of person we’re talking about.

The Holocaust affected people differently and we can’t judge any of them. But Dugo came out not only with his faith intact, but on a mission to make his life a kiddush Hashem because he was spared having to do so with his death.

“Just because something bad happened, do I have to make it worse?” is one of his mottos. The other is “Am Yisrael Chai” and wherever he speaks, he has his audience, be they children or soldiers, or people eating his sponsored falafel, chant those words.

Dugo was honored by lighting a torch at Yad Vashem in commemoration of the 60th anniversary of the destruction of Hungarian Jewry.

Kor lectures about her father’s experiences and talks in a light-hearted way about her and her friends’ struggle to be accepted into Israeli society as the children of survivors (Kor’s mother, Sarah, was born in Jerusalem). Somehow her jokes bring the poignancy of her family history home.

She shows us a video of her father speaking to a group of soldiers, among them his grandson Yishay, whom he hugs at the end of the speech to applause, tears and a chorus of Am Yisrael Chai!

Dugo documents six years in Dugo’s life, as he grows and matures from a mischievous 10-year-old to a mischievous 14-year-old, his childhood pranks as the backdrop of World War II with the Nazi soldiers getting ever closer. Light anecdotes from his childhood and the foreshadowing of the tragedy to come combine humor and pathos, triumph and sorrow. At age 14, Dugo was sent to Birkenau with his family. Heeding his father’s directive to stay alive, whispering Psalm 20, and using the skills he learned as a youngster in the streets of Nyieregyhaza, he lived a miraculous tale of survival.

The book recounts Dugo’s feeling of being lucky at being assigned to sewage duty, as he was able to get extra food. And how he kept his morale up singing and leading the others in singing, “I’m a Jewish boy and I’m singing a song.” While reading, I lost count of the many times Dugo’s life was saved at the last minute.

Kor traveled with her parents and sister to Hungary in 2004. She didn’t want to go because she knew the subject would posses her. And that’s what happened. She felt compelled to document her father’s experience. Kor then wrote the book from memories of the funny stories and anecdotes her father had told her while she was growing up and augmented them with the testimony he gave to Yad Vashem in 1986.

Kor, who as a child would close her eyes and ears against the horrible stories of the Holocaust, became a Holocaust educator and lectures to people of all ages and through all media about her father’s experiences.

Dugo was published in Hebrew in 2005 and then her parents had it translated into Hungarian. When her father would travel to his hometown in Hungary, he would give the book to people in the street. The book was just recently translated into English by Jessica Setbon.

After liberation, Dugo spent three years on Hachshara with Bnei Akivah (with parents presciently named Golda and Meir – how could he do otherwise?) and then, with his brother Shmuel, made aliyah in 1949. They were recruited into the IDF straight off the boat.

Dugo went on to be one of the founders of Moshav Nir Galim, a religious moshav near Ashdod, and married Sarah, a pretty Sabra volunteer, who came to work on the farm with her school. They spoke Yiddish together for private conversations, and Hebrew everywhere else. Since Dugo was a redhead, and sensitive to the sun, Sarah insisted that he stop driving a tractor and be given a job indoors, and so he worked as one of the Moshav accountants. He now gives testimony in Beit Haedut in Nir Galim; Sarah became a music teacher.

Despite the shadow of the Holocaust, the Leitner’s home was filled with humor and music, love and faith.

Dugo and Sarah have 2 daughters, 10 grandchildren and over 20 great grandchildren, ken yirbu, all living in Israel.

Just because I survived, does that mean I can’t shep naches too?!

To order the book Dugo, The True Story of David (Dugo) Leitner, email zehavakor@gmail.com. To see a video of Dugo buying everyone falafel visit www.youtube.com/watch?v=e-h0YY7CS0E 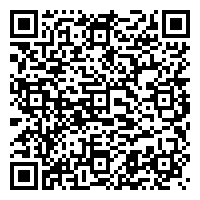