The Palestinian Media Watch underlined in a bulletin this week that as divided as the Palestinian Authority’s leading Fatah faction, and Gaza’s ruling Hamas terrorist organization are — politically, religiously and to some extent ideologically — the two rivals are utterly united on their refusal to recognize Israel’s right to exist.

Fatah, which presents itself internationally as the moderate Palestinian faction, doesn’t recognize Israel at all, and doesn’t even hide this ideology. On official Palestinian Authority TV, Fatah Central Committee member and Commissioner of Treasury and Economy Muhammad Shtayyeh openly emphasized Fatah’s refusal to recognize Israel:

“The Fatah Movement never demanded that Hamas recognize Israel. To this moment, Fatah does not recognize Israel. The topic of recognition of Israel has not been raised in any of Fatah’s conferences.”
[Official PA TV, Topic of the Day, March 26, 2017]

So whereas Fatah and Hamas compete for political power, when it comes to Israel they do agree: Israel has no right to exist.

Discussing Hamas’ new charter, which is purportedly under way, member of the Hamas movement’s political bureau Mahmoud Al-Zahar stated on Lebanese TV that the mention in the charter of the establishment of a Palestinian state in the West Bank and the Gaza Strip is but “a tactical step,” and that Hamas continues to think that all of Israel is “Palestine”:

“Member of the Hamas movement’s political bureau Mahmoud Al-Zahar emphasized… in an interview with the Lebanese [TV] channel Al-Mayadeen that is close to Hezbollah… that the new document that Hamas will publish does not constitute a new face, but rather explains the reality and fundamentals of the movement.

He said: ‘Our principles say that our land is all of Palestine, including the land that is under occupation (i.e., Israel).’ He also noted that the talk in the document about establishing a state in the West Bank and Gaza ‘is a tactical step that does not harm the right of the Palestinians to all of the land of Palestine.’ Al-Zahar continued: ‘We are not a copy of Fatah. We are not a copy of a failed project.’ He noted that only the Jews who occupied Palestine are the movement’s enemies, and not all of the Jews.”
[Amad, independent Palestinian Authority news site, March 28, 2017]

Palestinian Media Watch has reported that PA Chairman Mahmoud Abbas in the past has stressed that Fatah and Hamas agree on all crucial issues:

Mahmoud Abbas: “There is no disagreement between us [Fatah and Hamas]: About belief? None! About policy? None! About resistance? None!”
[Official PA TV Dec. 31, 2009]

Abbas’ advisor on religious affairs has emphasized that in addition to Fatah denying Israel’s right to exist, Fatah agrees with Hamas that Islam “prohibits” Palestinians from accepting Israel’s existence in any borders, on “even a millimeter” of land:

Mahmoud Al-Habbash, Abbas’ advisor, and head of Shari’ah courts: “According to Islamic Shari’ah law, the entire land of Palestine is waqf (i.e., an inalienable religious endowment in Islamic law) and is blessed land, and that it is prohibited to sell, bestow ownership or facilitate the occupation of even a millimeter of it.” [Official PA daily, Al-Hayat Al-Jadida, Oct. 22, 2014]

This ideology was repeated by official PA TV last year by another religious leader, the Head of the Waqf’s Al-Aqsa Academy of Heritage and Antiquities Najeh Bakirat, who said: 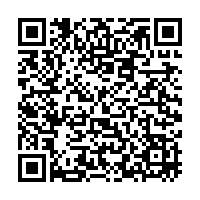