Dr. J. Thomas Roland is chairman of the Department of Otolaryngology – Head and Neck Surgery – at NYU Langone Medical Center, but that’s just Dr. Roland’s regular gig. In addition to his time at NYU Langone, Dr. Roland is an innovative and altruistic surgeon whose work abroad has truly changed lives.

In April, Dr. Roland – who in 2012 performed the first pediatric Auditory Brainstem Implant surgery in the United States – traveled to Jerusalem to perform the first-of-its kind surgery in that country. He helped a 5-year old boy born without an auditory nerve to hear for the first time. Roland and the NYU team that accompanied him trained the surgeons at Shaare Zedek Medical Center to do this procedure well so that next time they can operate autonomously.


Then in May, Roland flew back to Israel, this time to Beilinson Hospital (Rabin Medical Center) in Tel Aviv. There he performed a “first” in Israel by operating on a woman living with an acoustic neuroma – a benign but large tumor that is compressing her brainstem. Again, part of his mission was to share his expertise with Israeli colleagues.

The Jewish Press recently caught up with Dr. Roland between his international missions and his surgeries back home.

The Jewish Press: What motivates you to fly to Europe and Africa to perform surgery on patients you had never met?

Dr. J. Thomas Roland: Teaching and building capacity at hospitals around the world, training doctors in modern and new techniques, and advancing global hearing health care and otology are causes near to my heart. I value making connections with people, enjoying friendships around the world and helping those friends when they are in need.

My relationship working with hearing health in Israel goes back over a decade. Hearing loss is a significant issue in the community – it’s the most common birth defect in Israel, with four times the rate of occurrence than elsewhere around the world. This is due to the genetics of consanguineous marriages. I developed a relationship with rabbis in the community who would refer patients to me for consultations, and eventually started regularly traveling there to perform cochlear implantations in very complicated cases and help train surgeons, mostly at Shaare Zedek, but also at several other hospitals. I believe that this concept of building local capacity has been very rewarding for all involved. I’ve helped with over 70 surgeries in Israel since 2007, and I still really enjoy going over there to learn from the more complex cases and engage with my good friends there.

In January, I traveled to Jerusalem with Dr. John Golfinos, chair of the Department of Neurosurgery at NYU Langone, and audiologists William Shapiro and Alison Rigby, to perform the first pediatric auditory brainstem implant in the country. Dr. Golfinos and I are flying back this week to Tel Aviv to assist with a very challenging acoustic neuroma surgery. We will be working side by side with a team at Rabin Medical Center outside Tel Aviv.

Where on these continents have you performed surgery aside from Israel?

I’ve taught and trained in Columbia, Argentina, and the above.

Can you compare the medical system in Israel with that of the U.S.?

Israel’s medical system has many strengths, including access to the latest technologies and equipment, and good people who are looking for solutions to complicated problems. Through our partnership we have focused our efforts on the idea of building up a team – the power of a team is much more impactful than a single individual in accomplishing complicated tasks. As we do these surgeries together we have everyone involved and teach the whole time, so that we’re building the team’s capacity to perform these procedures moving forward.

What can you tell us about NYU Langone Medical Center’s head and neck surgery department?

In the last 7 years, the Department of Otolaryngology-Head and Neck Surgery at NYU Langone has risen to a level of excellence and prominence in all areas, including research, education of future physicians, and best-in-class clinical care in all our divisions.

My two primary areas of interest are assisting my colleagues in Israel and improving hearing health in East Africa. I have been working in Uganda to help build capacity for otology, which includes helping doctors there acquire and learn how to use the tools of the trade, and enhance their knowledge and surgical skill. 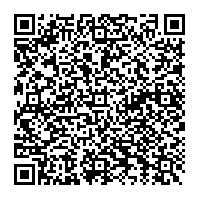