The son of Menachem Mendel, a Torah scribe, Moses Mendelssohn (“son of Mendel”) not only studied in yeshiva and became a promising rabbinic scholar, he also pursued secular learning, particularly languages and philosophy, studying the works of Locke and Leibniz and becoming friends with Immanuel Kant.

He published important philosophical essays in German and became known as the “German Socrates”; was awarded the prestigious status as a “Jew under extraordinary protection” by Frederick the Great (1750); and was awarded a prize by the Prussian Academy of Science for a treatise on Evidence in the Metaphysical Sciences (1763).

But he became best known for his personification of the conflict faced by the modern diasporan Jew seeking integration into broader secular society while maintaining a strong commitment to his Jewish identity.

Ironically, though Mendelssohn (1729 – 1826) was a great defender of traditional Judaism, he actually undermined it applying the intense rationalism test of the Haskalah (the Jewish “Enlightenment”). His philosophical approach ultimately proved incapable of spanning the chasm between the traditional Judaism from which he emerged and the world in which he now found himself; between his inferior civil status as a Jew and his emancipated status as a recognized and respected intellectual; and between his loyalty to halacha on the one hand and his rejection of various fundamental religious beliefs on the other.

The great irony of Mendelssohn’s life was that while he always remained a faithful Jew whose basic beliefs included the Sinaic revelation and the centrality of mitzvah observance to Jewish existence, his radical ideas led to assimilation and to the loss of Jewish identity on a massive scale, and he is perhaps best remembered today as a progenitor of Reform Judaism whose children converted to Christianity and in whose ideas the early Haskalah reformers found justification for secularism and emancipation at the expense of their Judaism.

The fact is, he never intended to “reform” Judaism but, rather, to harmonize traditional Jewish life with the new world of emancipation. Thus, the harshness of Jewish history’s judgment upon him is more a reflection of his philosophical approach to Jews in contemporary society than a critique of his Torah observance or his dedication to halacha.

Mendelssohn’s belief in a wise and merciful God and in the immortality of the soul as eternal truths are the themes of his two major religious/philosophical works – Morgenstunden (1785), in which he demonstrates the rationality of the belief that God exists, and Phaedon (1767), in which he argues for the eternal existence of the soul.

Where his beliefs proved antithetical, even heretical, to Jewish thought, however, is in the realm of free will, which he argued is logically impossible; his rejection of schar v’onesh (strict divine reward and punishment); his embrace of ultimate rationalism and moral autonomy, such that any external law – even if from Hashem himself – must be subject to man’s own conscience and morality (i.e., man is the sole arbiter of right and wrong); and his belief that divine revelation is no longer a necessary source for truth, since religious doctrines are based upon man’s pure reason.

As opposed to Spinoza, who bitterly criticized Judaism as religious behaviorism that idolizes external action at the expense of inner devotion and who became famous for his rejection of Jewish law, Mendelssohn praised Judaism for being a revealed law rather than a revealed religion. He maintained that whereas a Jew is free to adopt the philosophical approach of his choice – spiritual, rationalist, chassidic, kabbalistic, etc. – his actions must always be consistent with Jewish law – freedom in doctrine but strict conformity in action. Thus, for example, he translated the opening words of Maimonides’s famous Thirteen Principles of Faith as “I am firmly convinced” rather than the traditional “I believe . . .”

Mendelssohn bravely and eloquently defended the principles of Judaism in the face of Christian conversionary polemics, most famously in his response to a challenge by Lavater, a leader of the Lutheran Church, to either disprove the truth of Christianity or convert to it. He response was his monumental work Jerusalem, or On Religious Power and Judaism, in which he argued that Judaism is not a religion that uses dogma to coerce thought and belief and that, as such, no Jewish institution should use its power, including particularly the power to excommunicate, to compel theological faith and practice.

The leading fighter for Jewish civil rights in Germany, he used his respect and renown to assist individual Jews and entire communities in disputes with the German authorities and he facilitated the revocation of many anti-Semitic laws.

The Orthodox view of Mendelssohn is perhaps best summarized by Rav Shimshon Raphael Hirsch, intellectual founder of the Torah im Derech Eretz school of contemporary Orthodoxy, who wrote in his Nineteen Letters:

And when the yoke from without began to be lifted, and the spirit breathed more freely, one eminently illustrious personality came upon the scene and influenced Jewish life to the present day. His freer intellectual development, indeed, owed much to the influence of forces extraneous to Judaism…. In his personal life and practice an observant Jew, he showed his brethren throughout the world that a man could be strictly religious and yet enjoy the eminence and luster of a German Plato. But it was this “and yet” which proved decisive. His successors contented themselves with the zealous cultivation of Tanach on philological and aesthetic lines…to the neglect of Judaism itself.

With the advent and growth of the Haskalah movement, the Jewish public became conversant with German literature, which led to significant dissatisfaction with traditional Judeo-German biblical translations. Moreover, most German biblical commentators had interpreted the Bible from a personal point of view rather than emphasizing “pshat” (making clear the actual textual meaning). Mendelssohn became the first to breach this divide when he compiled a literal German translation of the Pentateuch, important not only because it awakened in its readers an esthetic interest in literature but also because it led to the greater use of “high German” by German Jews. Exhibited with this column is a page from an incredibly rare document, Mendelssohn’s original handwritten manuscript of his translation of Sefer Yirmiahu (Jeremiah), which was later published by Joseph Wolf and David Ottensosser (Fürth, 1810). I have selected this particular page because it includes Jeremiah 2:2, one of most beautiful verses in all of the Prophets – an expression of Hashem’s sublime love for the Jewish people – which may be familiar to readers from the Rosh Hashanah Mussaf service (God’s name has been redacted from the document to prevent the creation of shaimos):

Go, and cry out in the ears of Jerusalem saying: So says Hashem, I remember for you the affection of your youth, the love of your betrothal, how you went after me in the wilderness, in an unsown land. Israel is holy to Hashem . . .

It’s interesting to note Mendelssohn’s footnote explaining that Jeremiah 2:4 is the beginning of the Haftarah portion that is read on Shabbat Parshat Maasei. As with all his translation work, he strove to conscientiously reproduce the text to reflect the spirit of the original.

Though grounded in traditional exegesis, Mendelssohn’s biblical translations into German proved highly controversial. Immediately upon publication, his Pentateuch was severely criticized by mainstream rabbinical leaders, including Rav Ezekiel Landau. Fearing that the magnificence of the German language and Mendelssohn’s beautiful linguistic rendition of the Pentateuch would induce young Jews to first abandon the study of the Torah itself and then to forsake entirely the practice of Torah-true Judaism, the rabbis joined to issue a ban against “the German Pentateuch of Moses of Dessau” (June 1779).

Various writers and commentators who had been working on a German commentary to Mendelssohn’s translation – including famed poet and grammarian Solomon Dubno – were frightened by the vociferous rabbinic opposition and ceased their efforts. A determined Mendelssohn soldiered on himself to complete the Pentateuch commentary. He delegated some work to individuals unmoved by the rabbinical ban and ultimately completed the work, which he called Netivot Shalom (“Paths of Peace”) in March 1783. The translation was in High German, and he personally wrote a Hebrew introduction discussing the development and history of his Pentateuch and the rules of idiom and syntax he used in his translation.

Mendelssohn’s work led to the “Biurist” movement (from the Hebrew word “biur,” or commentary), which consisted of a class of Jewish biblical exegetes including Samuel Israel Mulder, who translated the Pentateuch and other biblical works into Dutch; I. Neufeld (Polish); J. L. Mandelstamm (Russian); Samuel David Luzzatto (Italian); and M. Rosenthal (Hungarian).

In America, Isaac Leeser translated the Bible into English according to the interpretations of the Biurists. (See my Jewish Press column Isaac Leeser: Father of Torah Judaism in America, January 27, 2017.) 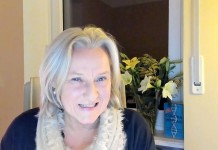 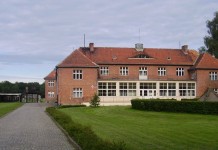 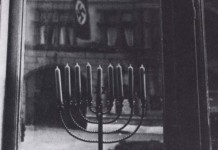 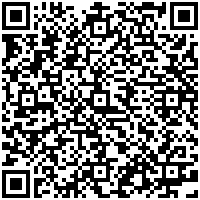