Rav Aharon Margalit is a bestselling author – his book, As Long As I Live, has been translated into four languages – and a standing-room only lecturer. Both religious and non-religious audiences flock to hear him. What makes him so extraordinary?

Rav Margalit is a Chasidic Jew who experienced incredible challenges from a very young age and, with faith, vision and the endless help and support of his parents, overcame them all. As an adult he faced new and terrifying challenges and using the deep faith, understanding and wisdom he had developed over the years, dealt with them as well. His story speaks to every Jew who aspires to deal with his or her own challenges, no matter how difficult they are, with courage, faith and a positive outlook.

Rav Margalit is the child of Holocaust survivors, Reb Yekutiel Yehuda and his wife, Sarahs who came to Eretz Yisrael to start a new life. Fortified with a Torah background and the emunah and strength which enabled them to overcome their horrific experiences and memories, they met and married in Eretz Ysrael and lived in a poor moshav in the southern community of Tifrach.

The couple was blessed with children, and supported their family through their simple chicken coop as well as some odd jobs. Their home was poor but the family was rich – with love, faith and devotion to their Creator and to each other.

Then one day, everything changed. Ahre’le (Aharon), their youngest child, suddenly developed a raging fever and his whole body was limp. Recognizing the early symptoms as possibly polio, his mother put him onto a bed of hay in the back of their wagon, hitched up their mule and headed as fast as she could for the nearest hospital in Beer Sheva.

At the hospital, her worst fears were confirmed. Ahre’le fell into unconsciousness as his entire body, including his respiratory system, became paralyzed. Treatment was begun immediately, but the doctors told her that it was just a matter of time before his weak body would succumb.

His mother headed for Rev Aharon of Belz who was living in Tel Aviv. She believed it was his blessing which enabled her to survive the Holocaust and wanted him to bless her child. The Rebbe gave Ahre’le his blessing but she wouldn’t leave until the Rebbe promised that her son would be well. Though the Rebbe never made such promises, she refused to leave. She begged and begged, and finally the Rebbe promised.

With renewed strength and calm, she returned to the hospital, knowing that with G-d’s help, her Ahre’le would survive. Ahre’le lay unconscious and paralyzed in an iron lung for sixty days, his condition worsening and the doctors waiting for his end, while his parents hoped and prayed for a miracle. And then suddenly… Ahre’le opened his eyes, and started to breathe on his own!

He was still almost completely paralyzed, and sent to a sanatorium in an outlying neighborhood of Yerushalayim where only the very worst polio cases were brought, those who were not expected to improve or survive.

Paralyzed, as well as mute as a result of a trauma he had experienced when he was still younger, Ahre’le lay there, motionless and alone, day after day for almost five years!

Shabbos and holidays were the hardest for while he had no visitors – it was a 9-hour trip each way for his parents – the other patients had visitors who brought gifts and tasty treats. Most of these visitors assumed Ahre’le couldn’t hear and would talk about how pitiful he looked and what terrible parents he must have as they don’t visit him. Hearing this was so extraordinarily painful that every Shabbos Ahre’le would lie with his head under his blanket and cry for hours on end. 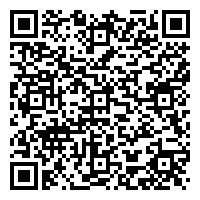