French far-right politician Jean-Marie Le Pen has been indicted by a French court for his remarks about the gas chambers of World War II, according to the AFP news agency.

The date of Le Pen’s appearance to stand trial for denying crimes against humanity has not yet been set. Not that the prospect bothers the octogenarian.


“It’s an additional persecution… I’m not very surprised,” the European Parliament member, age 87, told AFP. He added that he does not “for one moment” regret his words.

“I continue to uphold the view because I think it is the truth and it should not shock anyone. They have exploited this affair against me, implying this is about anti-Semitism. But I defy anyone to quote me on anything anti-Semitic I have said in my political career,” he said.

It’s not the first time Le Pen has said such a thing. He has made similar comments before, going back as far as 1987, when he was convicted and fined over his racial hatred and comments about the gas chambers.

Le Pen made the remark to BFMTV, igniting a clash with his daughter Marine, who has been trying to move his National Front Party away from its racist, anti-Semitic stance.

Marine Le Pen, 46, took over control of the party in 2011 and publicly split with her father over his remarks; she also suspended him from the membership. However, the elder Le Pen regained that membership and his position as honorary president within a month after launching a legal battle over the issue in a French court. 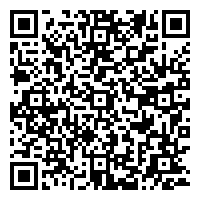