Not too many Jewish World War II survivors from Germany can say that they had the distinction of being both interned in a concentration camp and liberating the captives in that same camp. Erwin Weinberg did just that. He survived being a prisoner in Buchenwald near Weimar, Germany and then returned as an American soldier to liberate the camp. Overcoming countless hurdles, including a rough childhood in hostile Germany, being interned immediately after Kristalnacht, fleeing to England, and then starting a new life in America, Erwin Weinberg was a survivor tenfold. Mr. Weinberg was niftar this past January at the age of 91. The following is based on a recent interview The Jewish Press conducted with his son, David Weinberg.

Jewish Press: Please share with our readers a little of your father’s background.


David Weinberg: My father, Erwin Weinberg (Eliezer ben Hachover Meir hk’m) was born in 1922 in Fulda, Germany. He was raised in an Orthodox home where he was the oldest of four children. His formal religious and secular education stopped when he was 15, a year before he was brought to Buchenwald He lived in Germany until he fled at the age of 16. He served in the US Army Air Force during WW II, married my mother Matilda Weinberg a”h and raised his family in Philadelphia. He moved to Riverdale in the early 70s where he spent the rest of his life.

The most salient feature of his biography perhaps is that he was president of the Talmudical Yeshiva of Philadelphia for 50 years. He passed away this year on the 7th day of Shevat.

My father was a soft-spoken man especially in the last years of his life. He was a skilled and sophisticated businessman despite having had no formal training.

What was life like in Germany for your father?

It wasn’t good to begin with, and his surroundings became increasingly hostile as the years went by. My grandfather, Max Weinberg a”h, tried to immigrate to what was then Palestine, South America or South Africa as early as 1934 or 1935, but was unsuccessful. Ultimately he and his family did receive an immigration quota number from the United States. Partially due to this, he was granted permission to come to England once my father was able to secure the necessary affidavits and guarantees. He wanted to get out of Europe as quickly and expeditiously as possible. He didn’t feel safe there anymore, and so once granted the opportunity he took immediate advantage.

My father was taken to Buchenwald on the morning of November 10, 1938. The Germans said that men were being taken there for their own protection, as the general population was intent on fomenting a pogrom against the Jews. Although even at that point many people had died there, it wasn’t designated as a death camp; there were no gas chambers or crematoria. It was a very harsh internment camp. There were severe beatings and long hours of being exposed to the elements in late November and December while standing at attention on the camp’s parade ground. Sanitary facilities were non-existent. My father soon contracted dysentery and almost died; he lost 50 pounds in just five weeks. My grandfather was allowed to leave the camp after giving the Germans papers showing that he had served in the Prussian army for 5 years, even fighting with an artillery unit at the battle of Verdun. He had been cited for bravery and honorably discharged.

My father was released 2 weeks later. While he was in Buchenwald, his mother, my grandmother, Lina Weinberg a”h had been working feverishly to secure a student visa for my father from England. To everyone’s relief, she succeeded when invitations arrived from both the Yeshivos of Gateshead and Manchester. The Germans were more than happy to deport anyone who could demonstrate that they would be accepted and allowed to enter at port of destination. My father arrived back home, and in less than a week was on his way, carrying just his ticket, a few personal possessions and ten German marks (about two British pounds). 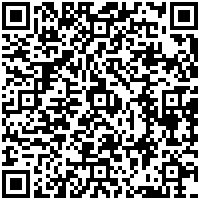