The London Board of Deputies of British Jews is launching a new Righteous Muslim Exhibition with 70 photographs and stories of Muslims who sheltered Jews during World War II, the BBC reported.

One of the stories in the exhibition is that of Bosnian Muslims who kept the Nazis from seizing a 600-year old Passover Haggadah that was n the hands of Jew until it was sold to the Bosnia Nationa Museum in 1894.  A Muslim cleric kept it hidden in a mosque until the end of the war.

Fiyaz Mughal, co-author of an exhibition booklet The Role of the Righteous Muslims, was quoted by BBC as saying, “One of the main drivers of the project is that there are some small sections in Jewish communities who are trying to rewrite history and say that Muslims overwhelmingly helped the Nazis. And on the other side, there is a small section of the Muslim community who do not want to talk about the Holocaust for the sake of not wanting to build up an empathy with Jewish communities.

“That is unacceptable, because factually it’s untrue.

“Besa, a national code of honor in Albania – similar to the Pashtu code in Afghanistan – led the Muslims to provide sanctuary during the Nazi occupation. This is why the number of Jews actually increased in Albania during the Second World War.” 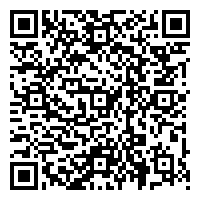