Some people hate them, others love them. Perhaps no other group of Israelis engenders as much debate as the residents of Hebron. There, among 150,000 hostile Arabs, live 700 Jews determined to dwell in the city where the biblical Abraham purchased a burial plot for his wife Sarah.

Close to 40 years ago, Jerold Auerbach, a professor of American and Jewish history at Wellesley College, visited Hebron as part of a group of Jewish academics. The group met with the city’s mayor, Muhammad Ali al-Ja’bari, and so ignorant was Auerbach of Hebron’s history that he acceded to his tour guide’s request and asked al-Ja’bari what his family did in 1929. Al-Ja’bari, not wishing to discuss the vicious massacre that left 67 Jews dead, mumbled an inaudible reply.


Today Auerbach is considerably more educated on the history of Hebron, and has recently completed his eighth book, Hebron Jews: Memory and Conflict in the Land of Israel. The Jewish Press recently spoke with him.

Prof. Auerbach: I grew up in Forest Hills, Queens, as the only child of assimilated parents. I had a bar mitzvah, which was understood to be the exit from Judaism. I didn’t have to do anything after that.

It wasn’t until my first trip to Israel in 1972 that I began to wonder [about my Jewish identity]. I went back two years later on sabbatical, living in Jerusalem, and that began to reorient my life. It cemented an attachment to Israel that simply hadn’t existed before, and it also brought me into Jewish religious life here in the United States.

Although so many people detest Hebron’s Jews – respected Israeli professor Zeev Sternhell once called Jewish Hebron “a national disgrace, a genuine sin and crime” – it is clear from your book that you admire them. Why?

Those who live there combine religion and nationalism – Judaism and Zionism – and that has come to make great sense to me as a synthesis over the years. Those who hate Hebron’s Jews don’t want religion to be part of their self-identity as Israelis.

Why the intense hatred, though?

To secular Israelis who very much want to be part of the Western world and liked and appreciated for their many talents, Hebron Jews are a pain, a source of external criticism. They draw attention in ways that secular Israelis and Jews don’t want. They exhibit a kind of passion for settling the land of Israel, and although this is what Zionism was always about, it’s not so much what Zionism is about in the 21st century.

Today Zionism is guided by high tech. This seems to be the new capstone of Zionist achievement. There are whole books written now about Israelis as the high-tech innovators in the world, several of which point out that the high-tech folks in Israel have second homes in the Silicon Valley, which is their source of inspiration.

In the book, you quote historian Anita Shapira who argues that the conquest of the biblical West Bank in 1967 “destroyed the romance of the Bible” for many Israelis. What does that mean?

Twenty years after the birth of the state, most Israelis had really [gotten used to Israel’s 1948] borders and had relinquished the biblical homeland. All of a sudden, in 1967, they confronted this new reality that it was all ours, and they didn’t know what to do with it. Very few people did.

Many were happy to visit. There were floods – tens of thousands – of visitors to Hebron that first year after the war, but they were tourists in a foreign place. Once they crossed it off their list, they went back to Tel Aviv and resumed their normal lives.

Shortly after the Six-Day War, General Moshe Dayan ordered that the Israeli flag be removed from Me’arat Hamachpelah and forbade Jews from holding weddings there. Why?

He remained hopeful that there would be peaceful relations established between Israel and the Arab countries. Jews didn’t have to live in Hebron; he was perfectly happy to have them living up the hill in what became Kiryat Arba. He didn’t want them in the city because he anticipated, rightly, that they were going to be a problem for fundamentalist Muslims who lived there and considered Hebron theirs.

But the settlers took that choice away from him. The women of Kiryat Arba, led by Miriam Levinger and Sarah Nachshon, with their children in tow moved into [the empty] Beit Hadassah building in Hebron in the middle of the night in 1979 and [refused to leave until the government permitted Jewish settlement of Hebron].

In the book I tell the story of one of the women, who was pregnant and wanted to go to the hospital to have her baby. She was told by the government that if she left she wouldn’t return. The community protested and finally Prime Minister Begin caved in and said she could leave, have her baby in Hadassah hospital and return to Beit Hadassah – which she did, with her new baby named Hadassah.

In the book, you also relate the story of Avraham Yedidia Nachshon, the first boy to have his bris in Me’arat Hamachpelah after the Six-Day War – despite Israeli orders against bringing wine into the area.

That boy died of crib death six months later. His mother, Sarah Nachshon, was determined to bury him in the old Jewish cemetery in Hebron where the victims of the massacre of 1929 were buried. But the army stopped the funeral procession and said you can’t go any further. [The cemetery was off-limits to Jews at the time.]

Sarah Nachshon spoke with the soldiers and they started telephoning up the line to their superiors. This went on for close to an hour and finally she decided she had had enough. She went back into the car, took the corpse of her baby, and started walking through the military blockade to the cemetery. The soldiers were sufficiently stunned to let her go, and some even accompanied her.

While the Israeli government adopted a conciliatory stance toward the Arabs in Hebron in 1967, in Jerusalem it razed an entire Arab village adjacent to the Western Wall to make room for what is today the Western Wall Plaza. Why the difference?

I think the joy of returning to Jerusalem in 1967 was simply overwhelming and irresistible, even to secular Zionists. A momentary unity swept over the country, instantly, for Jerusalem. But the sober second thought about Hebron was that this is a Muslim city deep in the heart of Judea, and therefore we’re not going to respond the same way.

When Baruch Goldstein killed 29 Arabs one Friday morning in February 1994, some people hailed him as a hero who gave the Arabs their just desserts while others, like Prime Minister Rabin, called him a “villainous Jew.” How do you view Goldstein?

When I started writing the Baruch Goldstein chapter, I really had no idea how it was going to end. I had met people who loved Baruch Goldstein for all the medical care he gave to members of the community, including Arabs, and I met people who loathed Goldstein – not only of course for the massacre but because he was a devoted student of Rabbi Meir Kahane and served on the local Kiryat Arba council under the Kach label.

I wanted to try as best as I could to track his journey and his decision to do what he did. The end of the story for me was that he did a horrible thing. But the reason he did it was because of the fear in the community that another pogrom was imminent, based on very clear warnings from the Israeli military authorities in Hebron and local Arabs.

What does the future hold in store for Hebron Jewry?

Insofar as we know, Hebron has not been included in the settlement clusters that apparently are under agreement to remain part of Israel [in a future Israel-Arab peace deal]. So the question for me is, will the government of Israel try to evacuate and expel the Jews who live in Hebron and Kiryat Arba, the way it did in Gaza, or will it simply turn its back on them and say, “You want to stay where you are? You defend yourselves.”

If the government abandons them, would they stay?

I think most would.

And if the government tries to force them out?

I think most of them would not go willingly. It’s not going to be a peaceful surrender. But I hope it doesn’t come to that. 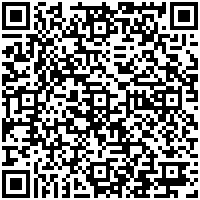