Elazar Simcha Jessel a”h initiated many grandiose projects in his twenty-three years. However, the one that remains especially associated with his name is his photo blog “Humans of Jerusalem: A City and its Stories.”

“People ask me what I look for when I’m hunting for stories,” he wrote in a November 2015 blog post that accompanied a photo of Hanni, an Arab pomegranate juice vendor. “I look for people who are smiling when they have every reason to be frowning. I’m guaranteed to be inspired from their stories,” he wrote. And what is Hanni’s story? “Who said you need a reason to smile?” Hanni comments. “People have it all wrong. They think you need to be happy to smile, when in fact it’s the act of smiling that cheers you up. Take me, for instance: I haven’t had a customer at all today, but if I let things like that get to me, I’d be a pretty depressed guy, and what good would that do me?” Hanni’s story resonated with Simcha because it was his story. A story about keeping your chin up. About standing up when you’ve been knocked down… again.


Climbing Out of the Minus

Simcha was the eldest son in a family of four children who lived on Moshav Mattityahu, a close-knit community of about seventy religious families located midway between Jerusalem and Tel Aviv. “It wasn’t easy for Simcha to make friends,” says his father Shlomo Zalman, less than two months after the motorcycle accident that suddenly ended Simcha’s life. “Not only was he naturally shy, but, when he was younger, his issues made it hard for him to catch social norms. He wasn’t able to listen and he would often say the wrong thing. All of these took a toll on his self-esteem. And left him excluded.”

Exclusion led to innovation… to the extent that one Lag Ba’Omer, Simcha, an outsider to his peers, built his own enormous bonfire. “He wanted to impress the kids,” says Lisza, Simcha’s step-mother who filled the place of Simcha’s late mother after she passed away a week after Simcha’s tenth birthday. “But then someone pulled out the center post around which the wood was piled and the whole thing collapsed. It was all for nothing,” she says.

Somehow, the constant put-downs didn’t leave Simcha bitter. He was able to forgive a boy who had tormented him, even becoming his former tormenter’s friend. He also told his father, earlier this year, that he needed to apologize to a cheder teacher who had treated him over-harshly because he felt that he had given the teacher a hard time.

Rarely successful in the classroom, Simcha used his brilliant mind to teach himself anything he was interested in. And, as an outsider to his peers, he gravitated towards adults. In these ways, he sharpened both his thought processes and language skills.

Simcha didn’t have a real friend until he was about sixteen. This friend encouraged him to attend ACE Israel, a dynamic high school for spirited kids. Here, thanks to a focus on confidence building, leadership skills and bonding with others, he finally made true friends who were ready to stand by him. This was one of the times that Simcha turned a minus into a plus: “He knew what it felt like to be excluded, so he was sensitive to others and fiercely loyal to his friends,” says Shlomo Zalman. This sensitivity was to become his lodestar.

Simcha’s ADHD gave him a love of action. Coupled with his creativity and his tendency to dream big, Simcha took on many projects. But ADHD has its minuses… including a penchant to be easily distracted and impulsive. This meant that many of his projects were never completed. “His friend told us that they used to dream up a hundred projects a day,” says Lisza. “They never felt sad when the ideas didn’t amount to much – they were too excited dreaming up the next idea.”

“Many of Simcha’s ideas were good ideas, but way too ambitious,” says Shlomo Zalman. “They were beyond the capabilities of a kid – even a kid as creative as Simcha. He once started a parsha page complete with interviews, a question and answer column, photos and jokes. It didn’t succeed because it was too much to maintain,” he says.

The relatively sheltered lifestyle of Moshav Mattityahu meant that Simcha’s exposure to computers began only when he was fourteen. Much later, he was to use the platform of social media as an outlet for his energy and talent.

In recent years, some of his grandiose projects, which others thought were impossible, actually took off. “People were touched by him,” says Lisza. “And with their collaboration, he accomplished much.”

Soaring into the Plus

The positive side of ADHD meant that Simcha had endless energy for his many projects. It meant that he had a strong desire to connect to people and that he was incredibly giving. And what was stubbornness in an ADHD child became determination in an adult.

This determination was particularly evident when Simcha was in the army. He was determined to uphold the sanctity of Shabbos in the face of tremendous adversity and would not rely on leniencies that he realized were coming from an uninformed source. When he was doing shift work in the Ziv Medical Center in Tzfat, he was disciplined several times. The reason? He refused to leave the hospital with the transportation that the army provided repeatedly (despite his pleas) only after Shabbos had begun. In the company of his friends, he displayed the same love for Shabbos, once walking for three hours to get to where they were all spending Shabbos. “Shabbos grounded him to what he was,” says Lisza.

It was while in the army that Simcha began his photo blog “Humans of Jerusalem.” Still somewhat uncomfortable around others, the camera gave him a safe way to connect to people. Scroll through the blog and you’ll see that Simcha would make even the most banal his focus: a beggar sitting on a pickle can, middle-aged Scandinavian tourists, Sudanese workers, a drunk with a bottle of beer, young men on the fringes of the religious community… and, of course, the pomegranate juice vendor. “He appreciated people so he was able to get them to appreciate themselves,” says Lisza. “He was able to see the glimmers of good in people, and put them in a positive light,” she says.

Adept with social media, Simcha used the platform to build relationships in many different areas. Among other projects, he created a coalition of street photographers; an annual parade of motorcyclists to cross Israel on Independence Day; and a blowout super bowl party for homesick American lone soldiers. He also worked successfully to shut down several anti-Israel pages. He was heavily involved with Chayil el Chayil, an organization for lone soldiers, including preparing and organizing 1,000 packages they delivered on Purim to soldiers on bases throughout Israel.

During the summer of 2016, when fires raged throughout Israel, he used his talents (including his warm and even quirky writing skills) to bring together a world-wide coalition of Jewish organizations from different denominations to work together. Simcha’s organization wasn’t simply “a social media collective, sharing and raising funds online.” With “boots on the ground,” volunteers reached out to the victims, the municipality, the emergency forces and contractors to ascertain exactly where to use the funds. Always sensitive to others, Simcha realized that single mothers had been overlooked by other relief organizations. “They have very specific needs and we need to exercise sensitivity when addressing them,” he wrote. In two weeks, he raised $30,000.

In his last year, Simcha found his niche in an on-line investment company of over one hundred employees. But that was because the company, recognizing his genius, was willing to create a new position tailored specifically to him. He was allowed to come in after hours, when the company was closed, blast music to stay awake, and work through the night. When Simcha was assigned a time sensitive project, an email would be circulated throughout the company warning employees not to contact him over the next few hours. Undistracted, he could deal with the most difficult clients by capitalizing on his ADHD ability to focus intensely on the tiny details and relay them to the client competently. He had turned another minus into a plus.

Not long before his accident, Simcha shared his vision for his future: He was working to pay off his debts so that he could return to yeshiva and marry the kind of girl who would want a yeshiva bochur. But Hashem had a different vision.

Always safety-conscious, never speeding, never taking risks, Simcha spent 18,000 shekels on a motorcycle safety suit that would protect him from falls. But it wasn’t to be.

“Simcha wasn’t good at completing a mission when he first started working for us, but we were helping him, and he was starting to complete missions,” his boss Alon said candidly. Mission completed, he was taken from us.

If you’re interested in supporting any of the projects that Simcha began or in helping the Jessel family recover from the burden of Simcha’s passing, please contact Lisza Jessel at lisaconnection@yahoo.com. 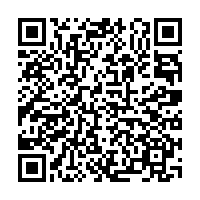